Greece and Malta against human trafficking, a path to follow

Greece and Malta are flagrantly rejecting illegal immigrants, by taking them back to the coasts of Turkey and Libya and leaving them there. Unlike Italy, Greece and Malta are fighting against human trafficking, Malta in cooperation with the Libyan coast guard, whose primary sponsor is still Italy. 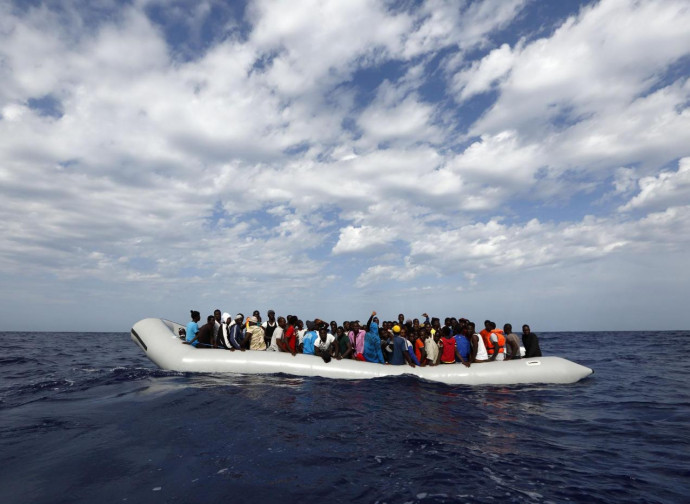 Greece and Malta are flagrantly rejecting illegal immigrants, by taking them back to the coasts of Turkey and Libya and leaving them there. Unlike Italy, which does everything to encourage the flow of immigrants and enriches traffickers – welcoming everyone, holding those who are quarantined on luxury boats, regularizing everyone who is illegal – Greece and Malta are fighting human traffickers who are supported by the Turkish government and by Libyan militias loyal to the government in Tripoli, adopting the “Australian model” of returning them at sea.

It is a successful and effective model, which is saving human lives and discouraging the flow of illegal migrants and is taking away clients from the traffickers. But it has been judged “illegal” by the European Union, by UN agencies, and by the broad immigrationist front that unites political parties, NGOs, and so-called “humanitarian” organizations that continue to confuse shipwrecks at sea with illegal mass migration and human trafficking. These are the facts of the last few days, which seem to indicate the will of Athens and Valletta to implement a firm policy of rejection as the only effective means of stopping the flow of immigrants, fighting the traffickers, and safeguarding the Italian and European borders.

On May 30, the Turkish coast guard brought ashore 70 illegal immigrants from three rubber rafts in the Aegean Sea, off the city of Smyrna, after being rejected by Greek naval units. According to the Turkish news site Hurriyet the rafts contained twenty-eight Congolese, twenty-three Afghanis, five Eritreans, two Malians, one Nigerian, and one Somalian. It reported that the rafts were stopped by the Greek coast guard and towed to the Turkish coast, where they were intercepted by a patrol boat that brought the people on board to the hospital in Smyrna.

In February, Turkey opened its borders to allow migrants to cross and head for the borders of the EU, which began an arm-wrestling match with the Greek border patrol. After years of “invasions” by illegals of the islands closest to the Turkish coast (above all Chios and Lesbos) coordinated by Ankara, the Greek authorities began rejecting hundreds of immigrants, taking them back to Turkey, and Greece deployed its army on its land border with Turkey. Paradoxically, these rejections carried out by Greek patrol boats sparked protests in Ankara, which for years has been implementing plans to employ masses of clandestine immigrants against Europe.

Malta has also been under pressure for some time by Brussels and the immigrationist front for carrying out rejections at sea, handing over illegal immigrants picked up in Maltese waters to Libyan patrol boats. The agreement that was made in recent days between Valletta and the Libyan government in Tripoli has not been made known in all its details, but it provides for the establishment of a joint command to coordinate operations against illegal immigration in the central Mediterranean. It seems that the Maltese patrol boats will cooperate with the Libyan boats to rescue boats and rafts and make them return once more to the African coast. The memorandum of understanding that was signed in Tripoli by the Maltese prime minister Robert Abela and the premier of the Libyan Government of National Accord (GNA) Fayez al-Sarraj ought to inspire Italy to make common cause with the other two members of the Union in the front line against illegal immigration. Rome is always the largest sponsor of the Libyan coast guard in terms of equipment, money, and training, but it continues to promote a policy of welcoming immigrants that is encouraging the influx from Libya, Tunisia, and Algeria to Italian shores.

The official announcement issued by Valletta highlights that Abela reemphasized to al-Sarraj the Maltese position on the need to stop human trafficking, in consideration of the unprecedented flow of immigrants that is “disproportionate” to the capacity of what the Mediterranean island can handle. But it is apparent that the flow of clandestine immigrants from Libya to Malta is the same one that comes to Italy: thus this would be a good time to unite the Italian, Libyan, and Maltese naval forces in order to push back the flow, guaranteeing immediate assistance to the boats and a rapid dispatch of illegal immigrants back to Libyan shores. The Times of Malta assessed the mission of the Maltese delegation to Libya in the context of a mutually coordinated “change of approach” toward immigration. In this interpretation, Tripoli would be focusing on cooperating with Valletta in order to obtain greater support from the European Union. According to The Times of Malta, the accord signed on May 28 also provides unspecified financial support from Malta to Libya, which could concern the transfer of EU funds to Tripoli for refugee camps managed by the United Nations and to oppose traffickers operating on the shoreline controlled by the GNA Libyan government.

According to prime minister Abela, one of the points on which Malta is insisting in order to reach a solution is “concrete actions” on the Libyan coasts and the southern borders of the African nation, in order to curb human trafficking rather than simply working on relocations and bailouts at sea. This is precisely the opposite of what the Italian government is doing, which is a further “torpedo” against the Libyan-Maltese agreement. When they met in Tripoli, Abela and al-Sarraj also spoke of the European Union naval operation IRINI that is intended to ensure compliance with the UN arms embargo on Libya and which has already been sharply criticized by Tripoli and Turkey as being unbalanced in favor of the enemy of the GNA, the Libyan National Army (LNA) headed by general Khalifa Haftar. The GNA and Malta have agreed that the reservations expressed by both Valletta and Tripoli concerning the EU mission directed by Italian forces in the Mediterranean ought to be taken into consideration. In a May 30 phone call with the Libyan premier al-Sarraj, Italian prime minister Giuseppe Conte again declared that Operation IRINI is neutral and impartial.

In political terms, the initiatives of Greece and Malta to oppose clandestine immigration indicate a path to follow in which individual nations respond effectively and with autonomy to defend their own national interests, in contrast to an indecisive EU which in the past few years has shown itself to be completely incapable of dissuading and deterring Turkey and Libyan traffickers.