Grace is a gift that comes from God. By subjective grace God intervenes to illuminate the intellect and move the will. A fundamental aspect of preparation for the act of faith is the Church's prayer for others and a fundamental aspect for our faith to grow is our own prayer. 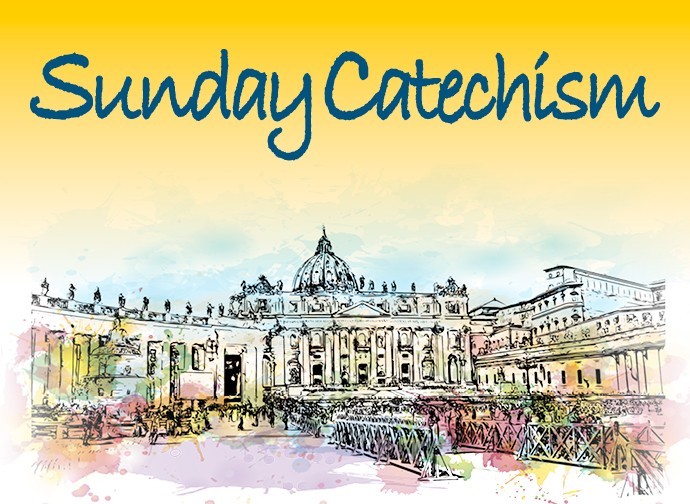 The Daily Compass Catechism this week continues examining the word "Creed", in order to highlight the significance of the act of faith. In the last lesson the definition of the act of faith taken from the Theological Sum of St. Thomas Aquinas, was referred to.

"Believing is an act of the intellect assenting to the divine truth, by command of the will, moved by God through grace".

Faith is a Grace, it does not come from human action and nor by its merit. This is an indubitable truth of faith, attested by the Scriptures, by Tradition and repeatedly taught by the Magisterium.
There are several relevant texts of the Holy Scriptures, but two in particular, clarify this point and are the most commonly used as references.

Gospel of John 6, 44: "No one comes to me unless my Father who sent Me draws them"
It is not possible to go to Christ, unless previously attracted by the Father. Grace always precedes human action.

Second Chapter of the Letter to the Ephesians: "It is by grace that you have been saved through faith and this does not come from you, but is a gift from God"
This precise theme of human action and God's grace, the coordination of these two actions by God and mankind, was under discussion during the Pelagian crisis, in the first centuries, in the West.

What did the Pelagians claim?
The Pelagians argued that God's grace intervened in the act of faith, but only when mankind was disposed to receive this grace. Therefore, according to the Pelagians, human action, or the first step taken towards God, had to come from the person, after which God granted him the Grace that was necessary to live the faith. In short, the Pelagians denied that God's Grace was prevenient.
They denied that the first step is always taken by God and that the step taken by mankind is taken subsequently in virtue and in the light of this Grace. It’s important to note that this does not mean that the truth of Faith implies that a person’s faith is incidental or that faith can happen or not happen according to the bizarre will of God. God has assured us, as the Scriptures say, that He wants all people to be saved (cf. 1 Tim 2: 4). God offers His Grace to all people, even though not all accept it or despite the many who did accept it, later refuse it again, since - says St. Thomas - faith can also be lost. In fact, Saint Augustine was the great champion in the struggle against Pelagianism.

The first important concept therefore is that without the Grace of God it is not possible for the act of faith to be carried out, a person cannot open up and dispose themselves to faith on their own. Everything that a person does for good is inspired by the Grace of God.

This grace of God foreseeing and necessary for an act of faith to take place has a double connotation.

Objective Grace
When we speak of objective Grace we are referring to the object of Faith, the truthful content of the Faith. This is essentially Revelation: it is God who takes the initiative, to reveal Himself to mankind, to make Himself known. Without this first action of God there would be no act of Faith possible; the intellect could not adhere to a truth of Faith because this truth of Faith had not been made accessible to anyone. It is as if the intellect remained suspended without an object to adhere to.

Subjective Grace
This initiative by God also has a subjective aspect, it also concerns the subject who believes and who adheres to this content of faith because they adhere to God (formal reason of the Faith). God grants a grace that acts on the intellect and on the will, or more precisely, according to the definition of St. Thomas, by intervening on the two faculties involved in the act of faith.

God donates a particular light so that people are enlightened. This is a reference to the lumen fidei, therefore it’s a higher light than the natural one of our intelligence.

Why is this higher light needed?
- First of all, because the revealed mysteries exceed human ability, a supplement is necessary so that one's natural capacity is elevated. Let’s make a comparison to our sight or hearing: we are able to see and hear only a limited range of light and sound; this is where grace intervenes. It extends our capacity to see those light or sound frequencies beyond our natural capabilities. So it is with faith: the light of faith makes accessible the contents of faith that exist, which mankind alone is not able to perceive, but which can be perceived because God provides us with this supernatural light.

- Secondly, this lumen fidei is necessary because our intellect has been wounded by original sin which has clouded our intelligence; therefore this supernatural light strengthens our cognitive capacity and dispels the darkness.

God also acts on human will, which in turn pushes the intellect to adhere, removing obstacles in its way. The will is strengthened and attracted in an energetic but also gentle way, not forced, remaining truly free, yet able to overcome weakness and resistance. On this point, St. Augustine wrote an important and pertinent text precisely to counter Pelagianism and restore the real primacy of Grace.

In the book Against Two Letters of the Pelagians, in the first volume, in chapter 19.37, we read:

"You believe - says Saint Augustine to the Pelagians - that man is helped by the Grace of God in the good work, so as to believe that Grace does nothing to excite his will to the same good work". St. Augustine continues with an example: "Saul (Saint Paul) at that time went to exterminate Christians with fury and monstrous blindness of mind, for what merits of will did God convert him from those evils to good with a wonderful and sudden vocation?"

St. Augustine asks the Pelagians what were the acts of will St. Paul did which anticipated the Grace of God attracting his will to Him and illuminated St. Paul’s intellect, leading him to conversion. Saint Paul, at that time, as is well known, was persecuting Christians.

St. Augustine uses this argument. If the Lord tells us to pray for our persecutors, for our enemies or for sinners, then it means that for the sinner, for the enemy, or for the persecutor, a grace is needed that is obtained through the prayer for others, which is precisely the grace of God. It precedes the act of conversion and adherence to the faith of the person who before the gift of that grace did not believe in God. Here the need for prayer demonstrates the need for a preceding Grace that touches the heart, moves the will and enlightens the intellect.

Grace does not force, does not oblige, does not go against human will, since the act of Faith is by definition a free act; the will, on the other hand, is deeply and mysteriously attracted with that gentle, almost irresistible force which is typical of God's grace, and taken from being unwilling to willing. This safeguards mankind's freedom and will, and at the same time God's grace acts in such a way that a person remains a person, that his action is human and free.

The truths of faith explained in this second lesson help us to understand how important prayer is for the conversion of souls, because it is precisely the Grace of God that moves hearts to become willing that once were unwilling. This is an act proper only to God: human proclamation, human persuasion cannot reach such depths; it is very important to evangelize, to proclaim, but only by the Grace of God can a heart be moved by this proclamation.

Here then is God's plan: He wants to grant this Grace through prayer. It is for this reason that the first great work of the apostolate, as taught by the Church, is precisely prayer, because it acts directly on God, who is the only One who acts directly on mankind.