Sixty international abortion NGOs are launching an appeal to governments ahead of this November's climate conference in Glasgow. Their aim is to include contraception and abortion programmes among the measures to be funded in the fight against climate change. This is not a new narrative... 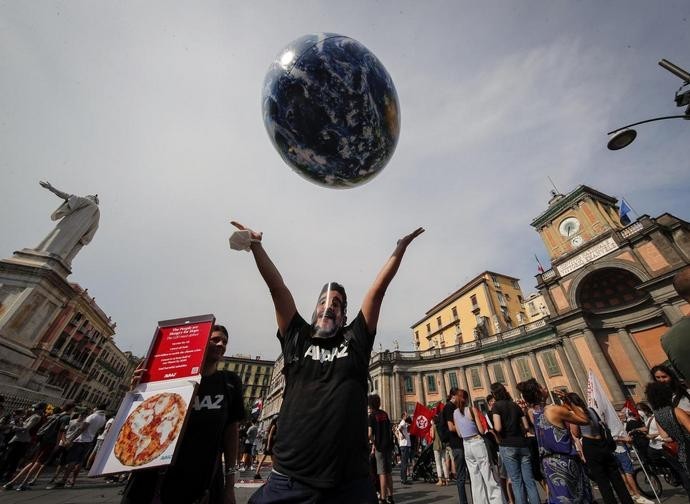 For UN Secretary General Antonio Guterres, this year will be the year of “now or never” in the battle against climate change. At the UN COP26 Climate Summit (26th Conference of the Parties on Climate Change to be held in Glasgow in November) abortion multinationals are calling for "reproductive rights and contraception" to be included among the climate commitments. We are now witnessing Malthusian neo-environmentalism in its full form.

The conference was postponed last year because of Covid-19. This year it will be co-hosted by the United Kingdom (in Glasgow 1-12 Nov. for the full COP 26 summit) and Italy (in Milan for the  28 Sept.- 2 Oct. pre-COP summit). During the meetings, the 190-plus participating countries are expected to announce new climate targets.

The various alarmist proclamations have been repeatedly denied, as we have amply reported in The Daily Compass. Imagining that the whole world will achieve carbon neutrality by 2050 (or even by 2030, as many would like) so as to avoid a +1.5°C temperature increase with respect to the end of the 19th century is unrealistic. It is also deeply unfair to billions of people and dozens of developing countries.

The worrying news is the letter that 60 global abortion organisations and multinationals sent to the British government a few days ago. As reported by The Guardian, they are calling for contraception and reproductive rights (abortion) to be included among the tens of billions of dollars to be allocated for climate action. In a letter to the President of the UN COP26 climate conference, Alok Sharma, an alliance of more than 60 NGOs called for the eligibility rules for funding to be "changed to allow projects concerned with removing barriers to reproductive healthcare and girls’ education to access climate funds."

Among the letter's signatories is the billion dollar abortion chain MSI (formerly Marie Stopes International) which described how communities and women their clients "who are most affected by the climate crisis that what they really want is access to reproductive healthcare, so that they can make choices about when or whether they have children." Clients? These are poor women who were told they would be helped make informed choices, yet are now instead simply "customers" to be sold to or be provided with services, including the aborting of their children. How is this even necessary to help reduce the planet's environmental and climate crisis? As reported in The Guardian, Professor Susannah Mayhew of the London School of Hygiene & Tropical Medicine, said the connection while "not intuitive" to people in the West was nevertheless obvious to those in poor communities around the world where "the thing you need to underpin [sustainable living] is the ability to control your own fertility as an individual woman.”

Can a sustainable life depend on the abortion pills you take or the number of abortions you receive? We are at the tipping point of the sort of reasoning which, on the one hand, would like to save the planet, yet on the other, wants kills human life. The pressure on the leadership and heads of state attending COP26 will not only come from private multinationals. Just read the latest UNFPA paper (released last 16 August on how climate change affects males and females differently around the world) which outlines the ways in which climate change affects women and girls the most. The report points to increased gender-based violence against women; increased child marriages; increased neonatal mortality rates; increased maternal and neonatal diseases; and finally, to the disruption of sexual and reproductive health and limited access to contraception.

It is precisely on this last point that the UNFPA paper dwells at length to underscore how contraception and sexual and reproductive rights is indispensable for effective action against climate change. In the report, we read: "The world must recognise that sexual and reproductive health and rights are a climate issue and that women must be part of climate policy. When women are integrated into this work, the planet improves because of smaller carbon footprints and more protected land masses. And when the planet is better off, we are all better off."

This is nothing new compared to what has already been advocated and affirmed by organisations such as Women Deliver (“the link between climate change and reproductive health and rights”) and by the UNFPA at its conference in South Africa last spring which reported that "Africa should position itself with one voice at COP26 and lobby for climate adaptation measures that do not alienate health services, including sexual and reproductive health.”

Ultimately, the Guttmacher Institute stated in one of its studies that in order "to serve those with unmet needs will cost an estimated $770 million (£565 million) annually, or $548 million more than current costs”. This is nothing compared to the hundreds of billions that would be spent to save eucalyptus trees and sloth snails....It is genocide when we consider that such expenditures would amount to 10 times the $50 million spent on abortions (surgical and chemical) annually.

The pressure building over the last few weeks is not only directed at the Boris Johnson’s administration but also at all governments that will be taking part at the Glasgow Climate Conference. They are being asked to sanction the scientific and cultural absurdity of the last decade: "No children if you want to save the planet." In other words, to save a canary it would be ok to kill a child. So, now we must ask: “How many governments will toe the line?”