Giorgione and the Nativity coveted by Isabella d'Este

Giorgione of Treviso is undoubtedly the author of an unusual Nativity, an Adoration of the Shepherds in which for the first time both the adoring shepherds and the Holy Family are off-centre, while half of the painting is occupied by a beautiful landscape. 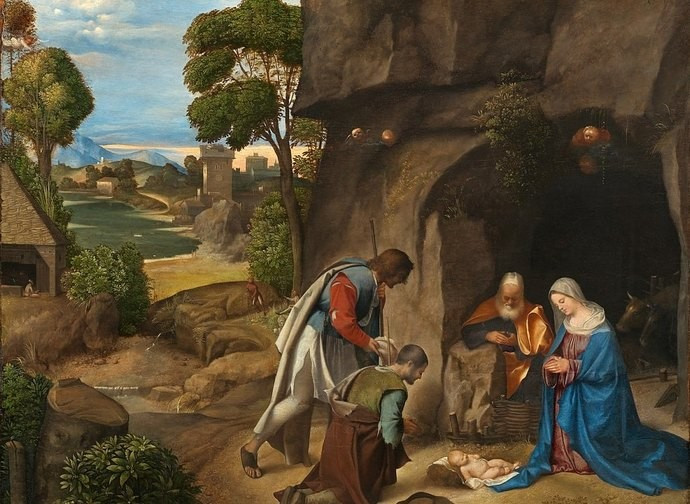 There is a painter who never signed his works, which makes their authentication extremely difficult. He is Giorgione, born Giorgio Zorzi (or Zorzo), circa 1478 - 1510. He is also known as Giorgio da Castelfranco (a small town now in the province of Treviso).

And there is a Nativity, attributed to him, that has been a much-coveted object over the centuries, starting from immediately after his death.
Already on 25 October 1510 Isabella d'Este, Marchioness of Mantua (in the portrait), wrote a letter to her agent in Venice asking for information about a certain object of great value for collectors. "We believe that in the effects and estate of Zorzo da Castelfranco, the painter, there exists a very beautiful and unusual painting of a night scene". 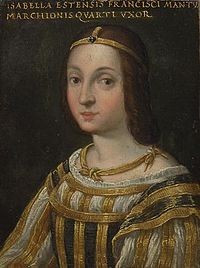 It is a beautiful painting, now in the National Gallery of Art in Washington. The presumed artist, Giorgione di Castelfranco - or Giorgio, 'Zorzo', as Isabella called him - had died a month earlier of the plague. The painting is commonly called the Allendale Nativity because it was once owned by the Allendale family of Bretton Hall, Yorkshire.

In 1937 the art dealer Joseph Duveen bought it from them, planning to sell it to the American millionaire Paul Mellon, who was mentioned in last week's article. Duveen commissioned the famous art historian Bernard Berenson to attribute it to Giorgione. But, despite the fact that Berenson owed his lifestyle to Duveen's lavish commissions, he refused, feeling manipulated: he considered himself an undisputed authority on the subject, not a lackey. Moreover, he had  numerous doubts about the painting's authorship.

One thing was certain: the painting depicted the Adoration of the Shepherds, an event described in the Gospel of Luke 2:8-15. And as in all paintings with this theme, the shepherds are shown kneeling in adoration.  But there was something very different about this painting that Berenson could not quite define at first, something that made him doubt that Giorgione was the author. But then he saw the difference: both the adoring shepherds and the Holy Family are off-centre. They are still prominent, but they have all been moved to the right. The other half of the painting is occupied by a beautiful wide landscape in perspective with distant blue mountains, a meandering river, and various buildings. A totally new view of the Nativity scene.

But, despite Berenson's doubts, this painting, according to its history (the inventory of the artist's possessions, Isabella's letter, and further authentications) is by Giorgione.
The painting is meant to be savoured up close: the viewer can appreciate not only a magnificent perspective reminiscent of the slopes of the Dolomites, but also subtleties such as the wonderful softness of Joseph's beard, the delicate shadows on his face, and the way the yellow of his mantle contrasts with the darkness of the cave behind him. It is a connoisseur's piece, to be hung on a private wall. It is difficult to say whether its first owner appreciated it more as a work of art or as an image of a sacred mystery, probably a complex mixture of the two.

This was certainly the 'very beautiful and unusual' painting that Isabella, an avid art buyer, coveted in the autumn of 1510. It was certainly appreciated by enthusiasts of what was then contemporary art. We should add that Isabella's agent in the area replied to her letter, saying that he had discovered two of these paintings, both by Giorgione, but neither owner was “willing to sell at any price, because they wish to keep them for their own enjoyment”. That second version, which could also be by Giorgione, is in the Kunsyhistorisches Museum in Vienna. In response to Isabella's question, her agent reported that of the two images he had drawn, one was not as 'perfect' as the other. The Vienna painting is very similar but appears unfinished. 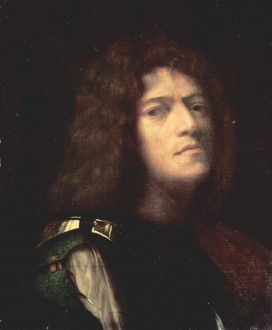 In the succession of great Venetian painters, Giorgione (pictured right) was Bellini's successor and Titian's immediate predecessor. But everything else about him is confused. He did not sign a single painting (although someone else wrote his name on the back of a couple of them). Not a word of his is recorded. Yet Giorgione and his works have often seemed the elusive essence of the Renaissance.

“Every critic”, wrote Bernard Berenson, “has his own private Giorgione”. Berenson himself certainly had strong opinions on the subject, particularly on this painting. In 1871, it was attributed to Giorgione by the great scholar Giovanni Cavalcaselle. Of course, many others disagreed, Berenson especially vehemently. In the end, he admitted that part of it might be by Giorgione. As with many of his works, the attribution is now well established, but sometimes questioned, suggesting the names of Giovanni Bellini or the young Titian.

The work was in the collections of Cardinal Fesch in Rome, which were auctioned in 1845. Giorgione's panel ended up in Paris and then in England, where it entered the collections of the Barons of Allendale at Bretton Hall, Yorkshire. In 1937 it was again put up for sale and, acquired by the Duveen Brothers, it was bought by Samuel H. Kress, who in 1939 donated it to the fledgling American National Gallery.
The setting was taken from Lorenzo Lotto's Asolo Altarpiece in 1506, so it is usually dated to 1500-1505, close to the Benson Holy Family from which it takes some compositional elements. It is a masterpiece in which one can see religious awe combined with sensual pleasure in the beauty of the world. In other words, it is truly, deeply Christmassy.

Today, this great artist, although still in the shadows, has become a little more defined. An inventory was also made of the possessions he owned when he died, pitifully and painfully on the island of the Lazzaretto Nuovo in the Venice Laguna, a place where those who had been in contact with cases of the plague were sent. An inscription on a copy of Dante's Divine Comedy found in an Australian library gives his date of death as 17 September 1510 and his age as 36.