Germany set for a soft schism. While the Pope watches

The 10th of May has arrived, tension has already mounted around the dreaded German schism, and appeals to Rome to intervene and curb the schismatic drift have multiplied. But the notion of schism today is not really clear because of the role of the Pope, the doctrinal competence of the Bishops' Conferences and the widespread crypto-schismatic situation. The feeling is that nothing will happen, misunderstandings will continue and schismatic practices will be implemented. Just like a crime with no culprits. 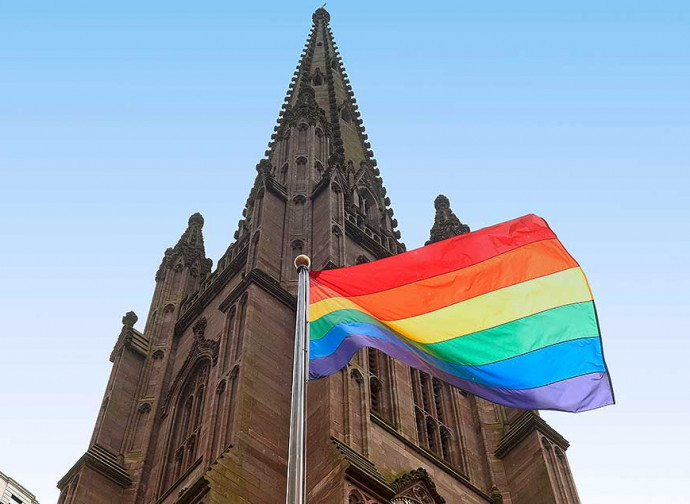 The 10th of May has arrived, the tension surrounding the feared German schism continues to increase, and appeals to Rome to intervene and curb the schismatic drift likewise. The Catechism and the Code of Canon Law are being invoked: according to them a schism occurs when a particular Church is no longer in communion with the Pope. The notion of schism is in itself very clear on paper, but is it still clear in reality today? The answer is no: what a schism is and when a particular Church falls into it is a rather hazy question. A few observations on this haziness will perhaps help us to understand how the German question will end up after May 10.

We can start with the less demanding but equally significant aspect. Fairly reliable information from various sources says that Francis was not very happy with the publication of the Responsum of the Congregation for the Doctrine of the Faith that rejected the blessing of homosexual couples in church. Of course, these may simply be rumours, but the weakness of the final sentence regarding the Pope's approval - "the Holy Father has been informed and has given his assent" – would seem to confirm this. There must have been some tension in the Vatican Palaces, and then a sentence of approval by the pope with little authoritative value was chosen. After all, if we assume the principle of consistency, even in a pontificate that often contradicts itself, the position expressed several times by Francis on the problem of homosexuality would lead us to expect approval of the blessing of couples in church rather than its prohibition.

Then there is the question of the doctrinal competence of the Bishops' Conferences. We know that Ratzinger denied such competence. Already in the first interview with Vittorio Messori in 1984 he had clearly stated that the Conferences only have an organisational function and have no theological significance. However, Francis has affirmed - not in ordinary interviews but in no less than two authoritative documents - that we must move towards a doctrinal competence of the Bishops' Conferences. For the record, the two documents in question are the exhortations Evangelii Gaudium and Amoris laetitia.

Now, it would seem rather strange that the Pope, who wishes to decentralise doctrinal competences, should then block the processes desired by those Bishops' Conferences, as is the case in Germany. To further complicate matters - but, as we shall see later, also to clarify them, all things considered - there was the official distancing of the German Bishops' Conference from the event of May 10, from which it dissociated itself. Therefore, the pope does not need to intervene against decisions of the Bishops' Conference because the latter has not officially taken any, so he can avoid making explicit his contradiction with what he has said about their doctrinal competence. The German bishops, for their part, who started the dangerous journey with a great "clangour of cymbals", are now withdrawing the hand that threw the stone, but do not forbid what will happen on May 10. Officially, they do not make any new doctrinal statements, but neither do they reiterate those of tradition. As we can see, the politics of politicians has ample space in the Church.

On the subject of schism, it should also be remembered that with the agreement between the Vatican and the People's Republic of China, the pope admitted a schismatic church into the Roman Catholic Church. The opposite happened there to what is feared in Germany. The question therefore arises: why should Francis, who with one deft move has airbrushed out of the picture a schism in China, strive to avoid another on German soil?

The conclusion is that today nobody knows any more what a schism is. The bishops promote schismatic processes but do not make them official; the pope says in his interviews that he does not fear a schism and accuses his so-called "rigid" Catholics of crypto-schism; he has condoned a schism like that of the official Chinese church; and he is evasive and reticent on schism-prone topics in Germany. There is even the possibility that those who sign appeals to the pope to prevent a schism will be accused of being schismatic.

In the confusion, however, one thing seems certain. Nothing will happen after May 10. The bishops, after having openly promoted those same ideas, will however say that it was an unofficial grassroots initiative. The pope will not intervene because the Congregation has already taken care of that. The Synodal Path will continue to be misunderstood, and in the meantime de facto schismatic practices will be implemented, which the synod's final document will not confirm, but neither will it condemn. The German Church will no longer be the same, but no one will have said so officially. Then it will spread. National synods will multiply - including, unfortunately, the Italian one - and the same thing will happen there: doing without saying. Doctrine will be set aside, but the person who set it aside will never be found. The crime, as in certain detective films, will remain unsolved.