On July 2, at the conclusion of the Generation Equality Forum, the Bill & Melinda Gates Foundation announced a pledge of $2.1 billion in grants over the next five years. The bulk of the funds will go to contraception and "reproductive health and rights" (abortion) projects. This is part of an ongoing anti-life commitment and which raises serious questions about the funds invested in Covid vaccines. Are we really sure that the real objective is health? 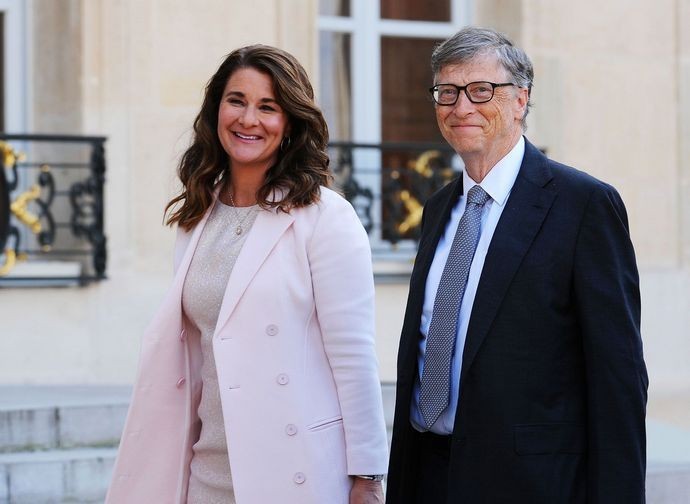 The Generation Equality Forum in Paris concluded on July 2, with the announcement of bold commitments to gender equality and the launch of a five-year global action programme. The forum’s final  press statement reads: “The Forum’s bold, action-oriented agenda will be under-written by nearly $40 billion of confirmed investments as well as ambitious policy and programme commitments from governments, philanthropy, civil society, youth organizations and from the private sector."

The Bill & Melinda Gates Foundation has announced a $2.1 billion commitment over the next five years to promote women's economic empowerment, strengthen women's and girls' health and family planning, and to accelerate women's leadership. "Now is the chance to reignite a movement and effect real change," Melinda French Gates wrote in a statement. The Foundation's $2.1 billion pledge will be divided as follows: $650 million for economic empowerment, to improve women's financial inclusion and reduce barriers to paid employment; $1.4 billion for family planning and women's health with a focus on increasing contraceptive options and access and supporting a network of family planning partners, including UUNFPA Supplies Partnership, Family Planning 2030, Global Financing Facility and the new Shaping Equitable Market Access for Reproductive Health initiative; $100 million over five years/2$30 million over ten years to accelerate women's rise to leadership worldwide by dismantling systemic barriers to gender equality.

It doesn't take a math genius to understand that the Gates Foundation will devote a large part of its financial packages to contraception. To have an idea, at the previous Generation Equality Forum held last March in Mexico City, the most significant financial commitment was made by the Canadian Government and Ford Foundation for a total of $25 million. The Gates Foundation has been committed to family planning and women's "reproductive health" since its inception more than 20 years ago. At the 2012 London Summit on Family Planning, the Gates Foundation already pledged a donation of $560 million, representing 20% of all financial commitments made at that time by all participating states and organisations.

Hence, it is not surprising that funding is now to be multiplied to achieve the UN Women Agency's goal of ensuring that "50 million more adolescent girls and women live in jurisdictions where they can access safe and legal abortion by 2026." After all, as of 2018, heading the Gates Foundation's family planning department is Ann Starrs who previously directed the Guttmacher Institute and Lancet's joint committee on sexual and reproductive rights.

From the Bill & Melinda Gates Foundation's budgets of recent years we can see that the there is considerable commitment to family planning to which at least a share of the funding for "Global Health," "Newborn Maternity," "Child Health," and "Gender Equality" should be added. As we read in its annual reports, the Gates Foundation has explicitly earmarked for family planning: $240M in 2019; $290M in 2018; $248M in 2017; $176M in 2016; and $140M in 2015. So pro-abortionists are assuming more and more power within the Gates Foundation. The budgets published so far (2006-2019) do not help to identify precisely what amount of funding is actually allocated to abortion, sexual reproductive services and sex education.

At the same time, the Gates Foundation has donated $420 million (as of November 2020) to develop Covid vaccines and more than $4 billion to Gavi, an organisation now at the forefront of vaccine distribution to poor countries. As one can see, this commitment is all about widely distributing vaccines. One question, then, arises spontaneously: assuming that Bill and Melinda do not suffer from schizophrenia, how can the narrative of a Gates who cares about people's health and their continued existence be credible, when he invests so much in reducing the world's overall population? Are we sure that the real goal of vaccines is health?