From Jewish to Catholic, actor Gad Elmaleh recounts his conversion in a film

The release of Reste un peu (stay with us) in France, in which the famous French-Moroccan comedian describes how the Virgin Mary accompanied him on his long journey of conversion, is sparked by controversy, especially in the Jewish world. There’s the value of Lourdes and the example of Cardinal Jean-Marie Lustiger, also a converted Jew. And an appeal to Catholics: do not be shy about your faith. 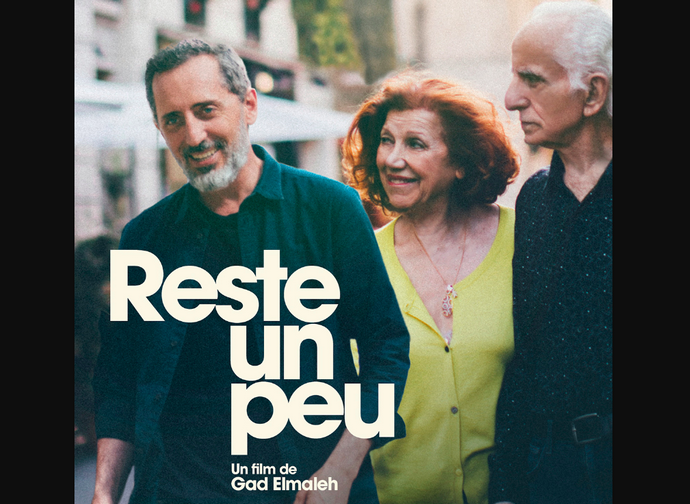 The recent news that the famous Jewish actor and French-Moroccan comedian, Gad Elmaleh, has decided to become a Catholic, has caused quite a stir. So did the announcement that his new film chronicles his spiritual journey as a Jewish convert preparing for Christian baptism. Reste un peu (Stay with us, is the title in English) released in France on November 16, is a biopic in which Elmaleh, 51, and his parents play their own parts in “a mixture of fiction and reality”, he explains. The popular actor is hoping his “religious coming out” will encourage his audience to reflect on the fundamental questions of faith, roots and inter-religious dialogue. But, based on the first reactions to his attempt to advocate religious tolerance, the path ahead looks steep.

Even before his film was released, the controversy of Gad Elmaleh’s conversion divided French public opinion between supporters and opponents above all in the Jewish world for whom he was a role model. There’s a stronghold reluctant to let go of the image of the talented entertainer once called “the funniest man in France”; the man who left Morocco to find fame and fortune; who notably became part of the Royal family of Monaco through his relationship with Charlotte, the daughter of Princess Caroline, with whom he fathered a son, Rafael. At the same time, the person Elmaleh says brought him to the Christian faith remains elusive to his critics: the Virgin Mary. “She is the reason I love Catholicism”, he says, “she is my most beautiful love now”, the real “star of the film”. 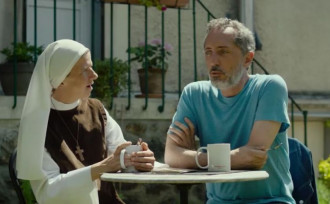 In an interview with the French newspaper Le Figaro, Gad Elmaleh, born a Berber Jew, talks enthusiastically about how he first encountered the mother of Christ. “I discovered the Blessed Virgin by chance, as a child, at Notre Dame de Lourdes in Casablanca. Going against my parents instructions, because their belief forbids it [entering a Christian church], I pushed the door of the church open and came face to face with a gigantic statue of the Blessed Virgin who looked me straight in the eyes. It wasn't a vision, just a simple statue but I was petrified. Bursting into tears from emotion, I hid for fear of being caught by my family, for fear of curses and superstition. It remained my secret throughout my childhood. Since then, having received a miraculous medal of Mary, I am convinced I have been under the Virgin’s protection for a long time, I wear it as a keep safe”.

In July 2020, an encounter with a poor peasant girl who had Marian apparitions and was declared a Saint in 1933, also “affected him deeply”. Elmaleh was invited to co-produce the musical “Bernadette de Lourdes”. He says, “I'm just a comedian and even if I am of the Jewish faith, I try to understand all beliefs. The story of Bernadette touched me. She spoke to me. It is not just a tale, it is a modern testimony on the given Word, the faith, the truth which cannot leave anyone indifferent whatever their religion”. “I discovered people, families who, each year, give their time and their hearts for the sick. I saw my son's generation reach out to fragile people. Youth open to the world, in a place full of people in distress. I want to stress that. In a world where we are withdrawn, where social networks eat away at our days, these young people involved in contact with others testify to universal values. All of this touches me enormously and moves me,” he repeats.

But there are others who have inspired Elmaleh “on the way”. Firstly, the writings of Jean-Marie Lustiger, (1926-2007) Cardinal and former Archbishop of Paris who, like himself, experienced the same tug of war between the Jewish faith of his family heritage and his attraction to the Catholic religion. The cardinal was born Aron Lustiger into an Ashkenazi Jewish family which emigrated from Poland to France. He converted to the Catholic faith when he was 14. The "Kaddish", the Jewish prayer for the bereaved, was recited at his funeral. It is in his honour that Elmaleh chose his baptismal name: Jean-Marie.

Another important figure he mentions is Cardinal Robert Sarah, former prefect at the Vatican, of the Congregation for Divine Worship. They met at the sanctuary of Paray-le-Monial, at the Abbey of Sénanque where Elmaleh takes occasional breaks. “I am no stranger to spirituality, to faith, to the personal journey, to the intimate quest. But there are times when I need to be with people who experience something pure, a truth without artifice. This allows me to restore myself in relation to what I live, notoriety, the world in which we are,” he confides.

But when asked in an interview with Le Pèlerin if Reste un peu also has a message for Catholics he commented on how inhibited Catholics are in comparison to Muslims and Jews. “I tell them that it is their responsibility to pass on the message of the Good News and no one else. Christian values are great! Just read the Gospels. I often wonder why Catholics are so discreet – sometimes full of complexes – or self-censor their faith”, he replied.

Evidently, many Catholics have lost the awareness that Elmaleh instead has discovered: the promise of eternal life. In fact, there is sentence from the Gospel in the film that resonates: "And whoever has left, because of my name, houses, brothers, sisters, a father, a mother, children, or land, will receive a hundredfold, and he will inherit eternal life” ( Mt 19:29). Elmaleh says, "I love this sentence so much! It is wisdom."