French Church abuse: the assault on the Confessional seal begins

The meeting between the French Interior Minister and the president of the Bishops' Conference concluded with a directive: "Catholic priests must report the allegations of abuse they have heard in confession". The priestly vocation is defined as a profession and therefore the seal of Confessional is considered a professional secret. But, this is not the case. Rather what is emerging is that with the excuse of the report, totally ambiguous in the numbers and cases cited, an assault on the Church has commenced. Unfortunately, its response is weak. 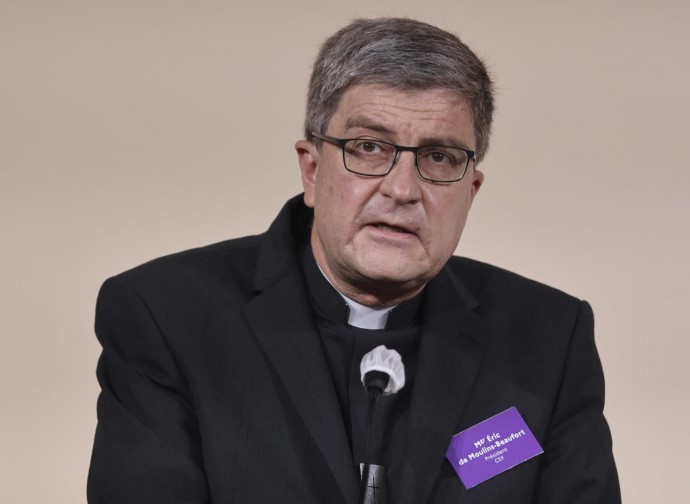 Catholic priests in France "must report the allegations of abuse heard in Confession." This is the unequivocal demand made by the Interior Minister of the French Republic to the President of the Episcopal Conference during their meeting two days ago at the Interior Ministry. For the Minister of Macron’s government, nothing stands above the laws of the Republic, not even the order Jesus gave on the seal of Confession, as the President of the Catholic Bishops stated and reiterated.

According to journalistic reports, leaked by the government, Catholic priests must report all allegations of child sex abuse to the police, even if revealed during Confession. France was severely shaken last week by the publication of an independent report on abuse in the church estimated to involve 330,000 minors and vulnerable adults over the past 70 years; many points still require clarification. The French Catholic Church expressed its "shame" after the report was published

The President of the French Bishops, Eric de Moulins-Beaufort, who had initially expressed "shame and horror" at the report, reiterated that he could not accept one of the recommendations made by the Independent Investigation Commission appointed by the Bishops' Conference itself, by which priests are asked to inform the police of all the cases of sex abuse they become aware of during the Sacrament of Reconciliation.
Moulins-Beaufort told Franceinfo on 6 October that “the seal of Confession is a requirement and will remain a requirement - in a sense, it is above the laws of the Republic. It provides a free space to speak before God, it is imposed on us”.

Following this simple and sincere affirmation, the Minister of the Interior decided to convene the President of the Catholic Church yesterday for a long meeting in which he clarified that "professional secrecy - including that of the Catholic confessional - does not apply to revelations of potentially criminal cases of sexual violence against children and which priests are obliged to report to the police and to justice ”.

Is the seal of Confession a professional secret? Is the priestly vocation a profession? Would the evangelical command of Confession be a professional secret between the priest and the penitent? No it isn’t because the fundamentals of the Catholic religion and the evangelical dictate are excluded here. The choice of asking for and accepting a list of recommendations from the Commission of experts, including doctrinal ones, is beyond any logic and any mandate to investigate cases of abuse.

The President of the Independent Commission on Sexual Abuse in the Church (Ciase) Jean-Marc Sauvé reiterated his recommendation on the revocation of the seal of Confession on Monday 11 October, in an interview with Famille Chretienne saying: "The obligation to protect the lives of persons is, from our point of view, superior to the obligation of the seal of Confession, which aims in particular to protect the reputation of the penitent ”.

Could the intention be to attack the Catholic Church and its doctrine using, at least so far, undemonstrated crimes and hypothetical mass of abusive priests? Apparently there is. Immediately after the meeting with the President of the French Bishops, Minister Darmanin went to the National Assembly to divulge how he curried the Catholic bishops and the Church of France and was applauded by the parliamentarians present when he said: "I told them what I tell all religions: there is no law that is superior to the laws of the National Assembly and the Senate ... The French Republic respects all religions when they respect the Republic and the laws of the Republic".

Before the convocation to the Interior Ministry, the Catholic Church and the doctrine of the seal of confession had been severely attacked by the Minister of Justice Eric Dupond-Moretti in an interview on 8 October in which he said that "Catholic clergymen have an imperative obligation, when they are aware of ongoing pedophile acts during confession, to notify the authorities to put an end to these acts. If a priest, in the context of confession, both from a victim and from an executor, obtains the knowledge of the existence of pedophile acts and abuses then he has the imperative obligation to report it and if he doesn’t he can be condemned ".

The statement by the French Bishops' Conference, released the other evening, following the meeting between the President of the Bishops and the Minister of the Interior, is astonishing: "Msgr. Éric de Moulins-Beaufort has had the opportunity to discuss with M. Gérald Darmanin the badly formulated answer in FranceInfo on Wednesday morning [ the inviolability of the seal of Confession]. The task of the state is to organize social life and regulate public order. For us Christians, faith appeals to the conscience of every person, calls to the search for good without respite, which cannot be done without respecting the laws of the country. It is therefore necessary to work to reconcile the nature of Confession with the need to protect minors and vulnerable adults. Close cooperation already exists with the French authorities. This is the meaning, for example, of the protocols that already link 17 dioceses in France with prosecutors, to facilitate and accelerate the processing of reports of any reported act. The bishops of France, to be gathered in plenary assembly from 3 to 8 November 2021, will work together, on the basis of the ICASE report and its 45 recommendations, on the measures and reforms to be pursued and undertaken, in close communion with the universal Church".

What is so 'awkward' about defending the command of Jesus and the confessional seal? Does this mean, the French Church will yield to Macron's threats and orders, after thousands of French priests perished for rejecting Robespierre's commands?