Fiacre, king’s son and patron saint of horticulturists and gardeners

Saint Fiacre lived in the 7th century. He was born into a noble family, yet disdained wealth and was attracted to monastic life. He had an extensive knowledge of medicinal herbs, but in the monastery, he also developed the cultivation of the land and especially fruit trees. He fed the undernourished poor with the monastery’s fruit and vegetables. 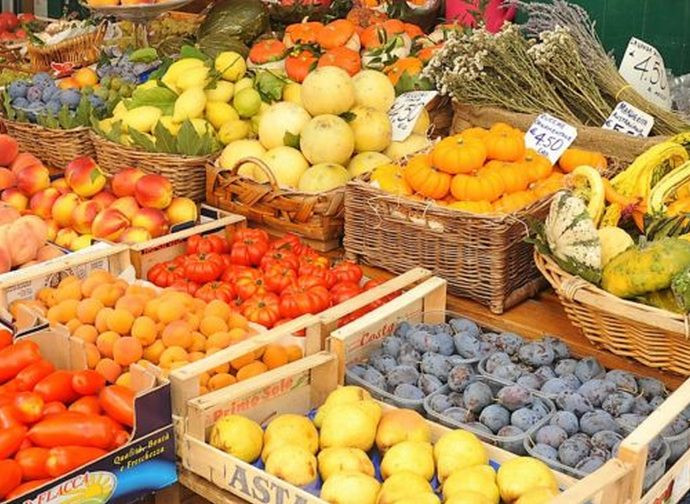 St Fiacre was born into an Irish noble family in (about) 590, in Connacht, near Kilkenny. Some historians claim that his father was a king, Eugene V of Scotland, but there are insufficient sources to confirm this. But, it is known with certainty that his family was noble and wealthy. Many sources claim that Fiacre was Scottish, but this is easily explained by the fact that Ireland was then also called ‘Hibernia’ or ‘Land of the Scots’.

From an early age the boy showed a marked disinterest in worldly riches, sumptuous clothes and the rich life his family offered him. He was attracted to monastic life and simplicity. His parents decided to send him to school at Kilcoony monastery on the edge of Loch Orbsen.

At the monastery Fiacre spent a lot of time in the herb garden, studying and growing medicinal herbs. He began to create medicinal remedies which proved to be very effective. After the death of his father, he decided to become a priest. He was ordained and built a first hermitage at Kill-Fiachra, or Kilfera, on the west bank of the Nore, about three miles south of Kilkenny. He lived there for many years leading a very austere life while attracting visits from numerous sick people and disciples because of his medicinal skills. This made impossible any ‘green martyrdom’, of a solitary nature, to which he aspired. When his brother was called to the throne, it was decided that there was nothing against his going to Meaux, in the Carolingian kingdom, to live out a ‘white martyrdom’.

The diocese of Brie had already welcomed several ‘Scotsmen’, such as Saint Columbanus, who arrived in Meaux around 610, a town located on a Gallo-Roman road much frequented by Anglo-Saxon pilgrims.

Accompanied by his sister Sira (Sirad) and some disciples, Fiacre disembarked in Normandy and reached Meaux, where he was welcomed at the pilgrims’ hospice founded by Bishop Faron, who was also of noble origin and as such had been the head of King Chlothar’s armies.

It is worth making a digression here to devote a few words to Bishop Faron. Before he became a priest he was married, but having realised his true vocation, Faron convinced his wife to take the veil and become a nun, so that he himself could be accepted into the clergy. Called to the pastoral government of the diocese, he enriched the Church with his considerable means, donating all his possessions, which allowed him to create parishes and build monasteries. Hildegar, his successor, two centuries later, in 869 wrote a Vita Faronis. Unfortunately it is largely legendary, which makes it impossible to distinguish between fact and fable. He was canonised, although we do not know exactly when. But his feast day has been inscribed on 28th October in martyrologies since the middle of the 9th century. Whereas Saint Fiacre who, having arrived in Meaux (in the photo on the right), decided to keep quiet about his noble origins. But one of his relatives (the future Saint Kilian), during a pilgrimage to Rome, stopped at this same hospice and revealed the rank of Saint Fiacre, who in the meantime had decided to leave, in search of a more hermitic place. Bishop Faron asked him not to leave the place where he had found peace, and proposed that he found a monastery near Meaux in a land of light that appeared to be a deserted but fertile area called “breuil” (in medieval Latin broilus, from the Gallic broil, a small wood surrounded by a wall or hedge), situated about six kilometres south-east of the city on a plateau not far from the banks of the Marne.

With his disciples, Fiacre very quickly transformed the place, and the monastery became a destination for other men (religious and lay people wishing to take vows and become his disciples), who came in large numbers. Fiacre welcomed them and entrusted them with much of the manual labour. There he built an oratory in honour of Mary, then a monastery, and cultivated his medicinal plants to exercise his talents as a phytopractor. Their harvests were used for the sustenance of pilgrims and very frequently for the relief of the sick.

This allotment soon became too small and Fiacre asked for land again. Faron promised to give him all the adjacent land that he could make cultivable in a day.

Fiacre, helped by his disciples, cleared a large area in the space of a day, pulling out weeds and felling trees. He cultivated the land, with medicinal herbs but also with fruit trees. At that time fruit was very expensive and the poor could not afford it (they ate dried fruit and vegetables). But Fiacre managed to give fresh fruit to the poor, along with his free remedies and cures. He was aware that many illnesses, in both the rich and the poor, occurred because of poor nutrition (the poor ate too little protein and were sub-nourished, while the rich ate too much, which led to diseases such as gout). The success of his work continued unabated and the cures were almost miraculous.

Legend has it that a woman named Becnaude accused him of witchcraft. But Bishop Faron noted these healings and concluded that Fiacre was a saint. His virtue recognised, Fiacre was able to continue his life of prayer and charity under the protection of the Virgin Mary, to whom he dedicated his monastery, which has become a famous place of pilgrimage. After his death, the monastery took his name and is still a place of pilgrimage today.

Marked by this incident, Fiacre is said to have decreed a ban on women entering the monastery, which continues to this day. However, it is much more likely that he kept this rule from Irish monks, such as Saint Columbanus. Highly esteemed even in his lifetime, Fiacre is venerated not only as the patron saint of fruit vendors (a trade with roots in ancient Rome), but also as the patron saint of gardeners, coachmen and later taxi drivers. This last aspect needs to be explained. In the 17th century, pilgrims coming to the monastery of St Fiacre needed to get around and so they used sedan chairs. So an entrepreneur from Meaux had the idea of providing the pilgrims with carriages, which were more comfortable and faster than sedan chairs. The public coaches were always parked in front of the hospice of Saint Fiacre, thus taking the name “fiacre” (in French, this word became synonymous with “carriage”). Needless to say, the success of this means of transport was so great that Paris was soon full of “fiacres” and Saint Fiacre became the patron saint of coachmen and later of taxi drivers.

The story of Saint Fiacre is emblematic because it shows how wealth can be used for good. His attributes are the shovel and the spade and his feast day is celebrated on 30 August.

A pioneer monk, his hermitage was a hospice for the poor, whom he fed with the fruit and vegetables he grew for them. This is why he is particularly honoured by gardeners and horticulturists. On 30 August, let us pray to Saint Fiacre, especially in these difficult times of pandemic: the saint will protect us.