"Who controls the controllers?" It’s a question everyone should be asking themselves, especially at the moment when information is under strict surveillance including by Facebook's "independent" fact-checking. 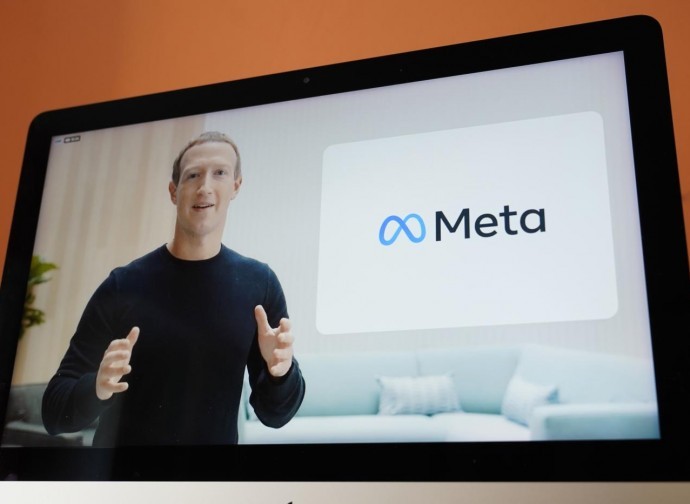 “Who controls the controllers?” It’s is a question everyone should be asking themselves, especially at the moment when information is under strict surveillance including by Facebook's "independent" fact-checks. Meta’s own lawyers, the new name of Mark Zuckerberg's company, admit that fact checking is no more than "opinion" and recent examples, such as the accusations exchanged between the British Medical Journal and the fact checking agency Lead Stories, confirm that from a scientific point of view, their opinions are even unfounded.

The “John Stossel v Meta” case passed in silence, whereas it should be regarded as an important precedent. John Stossel, a US TV presenter and libertarian activist, sued Meta for defamation, because he was tired of seeing his Facebook posts on climate change branded as false information and slapped with the label "fact check" which invites readers to read more reliable articles on the subject. Paradoxically, it was Meta itself that proved the TV presenter was in the right when its lawyers declared, “The labels (of fact checking, ed) are neither false nor defamatory; on the contrary, they constitute a protected opinion”. An opinion. This is the key word. Not even Meta considers fact check the "verification" of news, but an opinion, perhaps shared by others or perhaps not, but in any case absolutely arbitrary.

The second difficulty that this system presents is it relies on others to do the job. Facebook, therefore Meta, does not conduct its own fact checking and assume responsibility for it, but relies on other agencies or newspapers to do the service for them. In Italy, for example, one such fact checker is Open an online newspaper owned by Enrico Mentana, which no one in Italy considers a politically neutral newspaper. Stossel, in the US, sued Meta, because he believes that the news is being verified by liberal activists. Snopes, ABC News, Politifact and FactCheck.org, who have worked or still work for Facebook, according to conservative media, have a history of sectarian (left) coverage of the facts in American politics, at least from 2016 onwards.

Yet, politics is the least of the problems, because the majority of fake news labels are applied to the field of science. In November, the British Medical Journal (BMJ), one of the most prestigious medical journals, wrote an open letter to Mark Zuckerberg complaining about a case of unwarranted censorship. The article reported by the BMJ was particularly important, as it was published in the middle of the vaccination campaign. It was the testimony of Brook Jackson who revealed alarming details about the research process for the Pfizer vaccines.

The regional director of the Ventavia research group, commissioned by Pfizer to evaluate the efficacy and safety of the vaccine against Covid, had denounced errors and omissions, such as the use of poorly trained vaccine workers, slowness in following up adverse events and even falsification of data. Well, that article was not only branded as "Missing context:Independent fact-checkers say this information could mislead people", it was relegated to the bottom of Facebook's timelines, to the considerable detriment of the person who published it. Some readers, whose testimony was reported in the open letter, complain that they could not even share the article.

The magazine's two editors, Fiona Godlee and Kamran Abbasi, write: “Readers were directed to a “fact check”  performed by a Facebook contractor named Lead Stories. We find the “fact check”  performed by Lead Stories to be inaccurate, incompetent and irresponsible”. The reason: there is no proof that the news is false, the title is misleading, it badly defines BMJ by calling it a “blog” and not a scientific magazine, showing little attention to “details”. Lead Stories speaks of “reviewed errors”, but in its own analysis it does not report any errors.

On December 18, the agency replied to the BMJ. The agency replied to the scientific journal stating that the latter used exaggerated tones. Then the "missing context" is underlined because the tones, not the news, are wrong and the real fault of the BMJ appears only to have given no vax the pretext to relaunch their theses. Then the authors by sifting through the disputed article, try to demonstrate that the carelessness reported in the vaccine research phase are neither widespread nor significant. Then the authors admit that, “Part of our mission is to fight what the World Health Organization says is an 'infodemic' of misleading claims about Covid-19”. Thus revealing the political purpose that "fact checking" serves. Basically, journalists who contest the work of other journalists. But this is not verification of facts. It’s opinions, theirs against others.