The dignity and sacredness of life always remain, even in vegetative states or with minimal conscience; assisted suicide is never permissible; no absolution to those who practise it, and those who participate or help are complicit. The Congregation for the Doctrine of the Faith publishes a document on the end of life which goes against the trend of the Pontifical Academy for Life. It belies false compassion and the concept of best interest. And an admonishment: the first cause of this death mentality is the lack of faith. 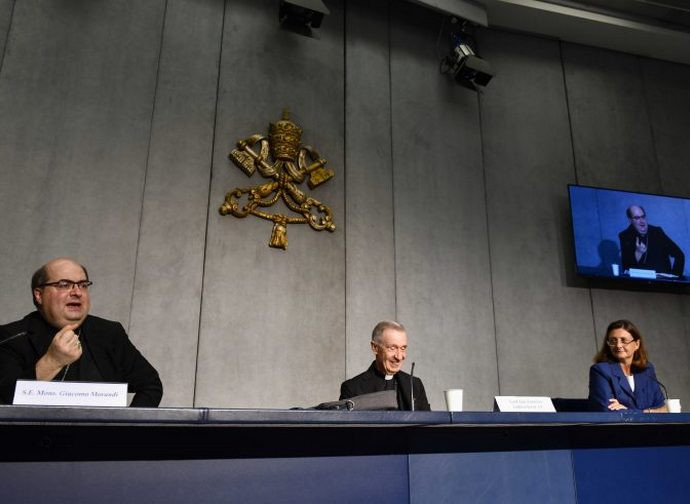 Yesterday the Congregation for the Doctrine of the Faith (CDF) published the Letter Samaritanus bonus, about caring for people in critical and terminal phases of life. Finally a breath of healthy fresh air! In fact, it should be noted that the content and form of this document are very different from the most recent pronouncements on end-of-life matters issued by the Pontifical Academy for Life.

The Letter is addressed above all to family members, legal guardians, hospital chaplains, extraordinary ministers of the Eucharist, pastoral workers, hospital volunteers, healthcare personnel and, of course, the sick themselves.

Why publish such a text? Cardinal Luis Francisco Ladaria Ferrer, S.I., Prefect of the Congregation for the Doctrine of the Faith, declared yesterday at a press conference that such a pronouncement by the Holy See, supported by the Pope's own signature, “seemed opportune and necessary in relation to today's situation, characterised by an increasingly permissive international civil law context regarding euthanasia, assisted suicide and end-of-life provisions”.

The Letter appears as an exhaustive summa of the problems affecting the end of life. Here we can only mention some conceptual junctions present in the text. The CDF is clear on its judgment of euthanasia: “it is a crime against human life because, by such an act, one chooses directly to cause the death of another innocent human being. [...] Euthanasia, therefore, is an intrinsically evil act, in any situation or circumstance. [...] Therefore, euthanasia is an act of homicide that no end can justify and that does not tolerate any form of complicity or active or passive collaboration”. Even euthanasia practised by deep sedation, the letter states, is not morally acceptable.

It follows that the laws legitimising euthanasia are also unjust: “For this reason, it is gravely unjust to enact laws that legalize euthanasia or justify and support suicide, invoking the false right to choose a death improperly characterized as respectable only because it is chosen”. The “free” determination of the person does not give an immoral gesture a character of moral validity and does not change it from unlawful - because it is contrary to the common good – to lawful: “Just as we cannot make another person our slave, even if they ask to be, so we cannot directly choose to take the life of another, even if they request it. Therefore, to end the life of a sick person who requests euthanasia is by no means to acknowledge and respect their autonomy, but on the contrary to disavow the value of both their freedom, now under the sway of suffering and illness, and of their life”. Faced with these laws, it is the doctor's duty to raise conscientious objection because it is never lawful to practice euthanasia or to collaborate formally or materially in an immediate way.

Where does the judgment of moral unlawfulness of euthanasia stem from? From the concept of personal dignity, i.e. the intimate preciousness of each person, preciousness that derives above all from their rational soul, metaphysical reality that is not corruptible and therefore immutable in its value. The Letter recalls in this regard the teaching of John Paul II: “Only in reference to the human person in his ‘unified totality’, that is, ‘soul that expresses itself in the body and body informed by an immortal spirit’, can one read the specifically human meaning of the body” (Veritatis splendor, 50). And where does man's spiritual dignity ultimately come from? From God: “Man, whatever his physical or mental condition, maintains his original dignity of being created in God's image”.

As Prof. Adriano Pessina acutely pointed out in the press conference, the dignity of life is called the sacredness of life on a theological level. This dignity/sacredness remains unchanged even in patients whom the CDF qualifies as in a vegetative state or with minimal consciousness and persists even in newborns with no hope of surviving at length.

With regard to these young patients, the Letter wishes to point out that “the ethical/juridical concept of the “best interests of the child” - used today to carry out the cost-benefit assessment of the treatment to be provided - can in no way constitute the basis for deciding to shorten his or her life in order to avoid suffering, with actions or omissions that by their nature or intention can be configured as euthanasic”.

The rejection of euthanasia also in the form of assisted suicide is accompanied, equally and for the same reasons, by the rejection of overtreatment: “When death is imminent, and without interruption of the normal care the patient requires in such cases, it is lawful according to science and conscience to renounce treatments that provide only a precarious or painful extension of life. It is not lawful to suspend treatments that are required to maintain essential physiological functions, as long as the body can benefit from them (such as hydration, nutrition, thermoregulation, proportionate respiratory support, and the other types of assistance needed to maintain bodily homeostasis and manage systemic and organic pain)”.

This obviously does not involve slipping into refusal to treat, the CDF points out. The emphasis on overtreatment also helps to understand when assisted nutrition and hydration are lawful and when they are not: “In particular, required basic care for each person includes the administration of the nourishment and fluids needed to maintain bodily homeostasis, insofar as and until this demonstrably attains the purpose of providing hydration and nutrition for the patient. When the provision of nutrition and hydration no longer benefits the patient, because the patient’s organism either cannot absorb them or cannot metabolize them, their administration should be suspended”.

A very interesting section is dedicated to identifying the causes of this pervasive mentality of death present in Western societies. The first cause is the lack of faith: “Where faith is absent in the face of the inevitability of illness, especially when chronic or degenerative, fear of suffering, death, and the discomfort they entail is the main factor driving the attempt to control and manage the moment of death, and indeed to hasten it through euthanasia or assisted suicide”. This is why the CDF quite rightly recalls the multiple meanings that the Cross of Christ can have for the suffering patient, for the chronic and the terminal one. Meanings that open to the profound meaning of existence and rich in otherworldly hope.

Then the CDF identifies other, more cultural, causes of the present euthanasic drift. First of all, a utilitarian mentality that equates the dignity of life with its quality comes to the fore: “Life is viewed as worthwhile only if it has, in the judgment of the individual or of third parties, an acceptable degree of quality as measured by the possession or lack of particular psychological or physical functions, or sometimes simply by the presence of psychological discomfort”. Secondly, an erroneous concept of compassion has spread: “In the face of suffering qualified as “unbearable”, the end of the patient's life is justified in the name of “compassion”.

Thirdly, the enemy of life is individualism: “The basic idea is that those who find themselves in a state of dependence and unable to realize a perfect autonomy and reciprocity, come to be cared for as a favour to them”. You patient are a burden, a limit to my freedom. If I take care of you I am doing you a favour, I am not fulfilling a moral duty. Fourth cause: “The organizational management and sophistication, as well as the complexity of contemporary healthcare delivery, can reduce to a purely technical and impersonal relationship the bond of trust between physician and patient”.

Finally, we wish to recall the section of this Letter in which we remember, with absolute clarity, how the priest must behave towards the one who has asked for euthanasia and confession at the same time: “With respect to the Sacrament of Penance and Reconciliation, the confessor must be assured of the presence of the true contrition necessary for the validity of absolution which consists in “sorrow of mind and a detestation for sin committed, with the purpose of not sinning for the future”. In this situation, we find ourselves before a person who, whatever their subjective dispositions may be, has decided upon a gravely immoral act and willingly persists in this decision. Such a state involves a manifest absence of the proper disposition for the reception of the Sacraments of Penance, with absolution, and Anointing, with Viaticum. Such a penitent can receive these sacraments only when the minister discerns his or her readiness to take concrete steps that indicate he or she has modified their decision in this regard”.

Furthermore, adds the CDF, “it is not admissible on the part of those who spiritually assist these sick people to make any outward gesture that can be interpreted as an approval of the euthanasic action, such as remaining present at the moment of its realization. Such presence can only be interpreted as complicity”.

Wanting to summarize the spirit of this document, we steal the words, more appropriate than ever, of the already mentioned Prof. Pessina pronounced at the press conference: “This Letter, therefore, reminds us that there are no lives unworthy of being lived and that if there is nothing lovable in sickness, suffering and death, which therefore must be faced and fought, it is equally true that it is precisely man, despite his limitations, frailty, toil, who is always worthy of being loved”.