"Entering an era of pandemics"? Not so fast, phobocracy!

The European Commission President, Ursula von der Leyen, says that "we are entering an era of pandemics." Even after Covid is over, nevertheless "the risk is still there" of further global disease. Indeed, pandemics - like the Spanish and Asian flus - have always dwelt among us. But they have never disrupted human existence as they do now. “Phobocracy” is just the latest development in governance: whoever is capable of terrorising the masses is now in charge. 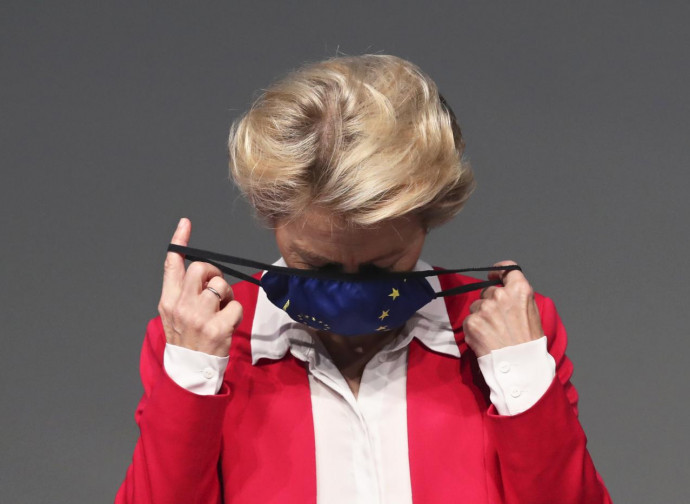 As the saying goes, “There are only two guarantees in life: death and taxes.” But to these few certainties, we can now add “pandemics.” As European Commission President Ursula von der Leyen said in a recent statement given to the Financial Times and reposted in The Finance Info: "It’s an era of pandemics we are entering. If you look at what has been happening over the past few years, I mean from HIV to Ebola to MERS to SARS, these were all epidemics which could be contained, but we should not think it is all over when we’ve overcome Covid-19. The risk is still there.”

Von der Leyen declares we are “entering an era of pandemics,” but in reality she is talking about an era that had never even ended in the first place. Among the deadliest of pandemics are: the Spanish flu (1918-1920) with its 50 million victims, the Asian flu (1957) with two million deaths, and the 1968 pandemic with over 1 million losses. And we are still dealing with the HIV pandemic, a virus that has not yet disappeared from our planet while having led to as many as 25 million deaths. And let’s not forget about Ebola which until 2016 caused around 11,000 fatalities. In short, deadly viruses have always been with us, yet without disrupting human society as has been the case for the past year. This is so even if we have many far more means than in the past to fight them. This will not change in the future, so there's no need to panic.

However, ordinary citizens, upon hearing the European Commission President's statement, are understandably seized by pure terror. They now believe we are just at the beginning of an elongated geological period of pandemic disease. After Covid-19, they are convinced things will never go back to normal, since "the risk is still there." In short, they will not awaken from this viral nightmare for generations to come. So why did von der Leyen make such a dire forecast? Certainly not, as she declared, to deploy an intensification of scientific research in Europe. No, not at all. Her intention was simply to sow panic.

After a Covid-year of emotional stress suffered by half our planet (the global south has had other problems to worry about), what sane person would care to ratchet up rates of anxiety for billions of people? No one. And yet the top EU official and in on one of the world's most influential media outlets has consciously decided to issue a statement right out of a script of some 1970s horror flick, like Deep Red, in which we all appear as film extras.

So why spread panic? The original hypothesis, which smacked of conspiracy and the use of fear as a means of controlling the general population, is becoming increasingly convincing. "Phobocracy" is just the latest development of governance: whoever is able to terrorise the masses is in charge. The "virus of fear" will be the real pandemic of the future. It will be a virus that is far more contagious than Covid-19 because it is transmitted through words and images, and its victims can be young and old, educated and ignorant alike.

The Covid pandemic will end, perhaps of its own accord or because of vaccines or acquired natural immunity. Perhaps because of all three. Yet, fear and the blackmail associated with it supposedly must go on. So here we are, rubbing our crystal balls and making predictions about an indefinite apocalypse. But people of common sense are still wondering: how is it possible that, right up until a year ago, all the various previous pandemics had occurred yet never disrupted our lives as they do now? And why, all of a sudden, will future pandemics be so devastating that we will be forced to wear masks and shutter ourselves at home forever? Something is clearly not right.

But it doesn't matter. Those who succumb to panic do not reason, but rather obey so as to save their own skin. Let's not refer to the ready observance of personal safety measures as our "civil responsibility",  because, in most cases, those who put on masks, disinfect themselves, and socially distance, really do it for themselves and not for others. If this much-celebrated "civic responsibility" were so widespread, everyone would pay their full taxes, no one would try to emulate Formula One champion Lewis Hamilton when driving their cars. Nor would they park in a no-parking areas nor toss their old mattresses into fields behind their homes. This list of “civic responsibilities” could go on and on.

No, it is really fear that drives us because "I" am the person I care about most. Von der Leyen, and not only her, has understood this fact all too well. Thus, given that some hope is now being injected into people's hearts along with the vaccines they are getting, there’s a rush to nip such new-found confidence in the bud, while warning that pandemics will continue in perpetuity. Therefore it’s necessary use a strategy to control mass consciousness by spreading, in a cyclical and uninterrupted manner, two collective moods: induced anxiety followed by temporary hope. This fear mongering threatens and then reassures, threatens and then reassures. Those who have the antidote against this fear are the same people who are keeping everyone always on edge.