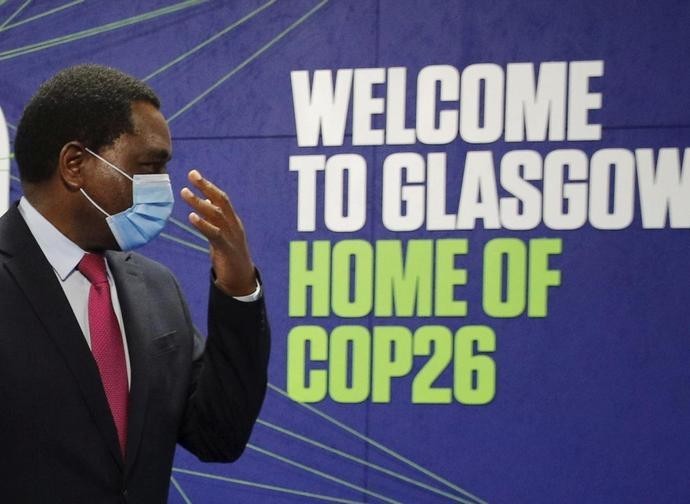 The G20 summit held in Rome a few days ago and COP 26 summit in Glasgow mark a further escalation in the alarmist rhetoric about action to avert the "climate crisis" by major Western governments. But, at the same time, these two meetings also mark an ever perceptible break between that increasingly ultimatum-based rhetoric, on the one hand, and the programmes actually agreed by governments to reduce the much demonised CO2 emissions, which, in contrast, are seeing a tangible watering down, becoming more vague and less binding.

In addition, the two aforementioned forums have unequivocally highlighted the very clear divergence on these issues between Europe and the United States on one side, and Asian countries on the other. A divergence highlighted by the low key participation of Russia and China at the Rome summit, and their absence at the Glasgow summit. This divergence was reflected in the general objective, set out at the conclusion of the G20 in Rome, of limiting the growth of the planet’s temperature to 1.5 degrees "by mid-century".

In short, in spite of the pressing mobilisation on climate change launched over the last two years, symbolised by the "hieratic" figure of the young Greta Thunberg, it now seems clear that an implicit compromise has been reached with respect to the framework outlined by the 2015 Paris agreements - formally approved but in reality largely disregarded by most Asian industrialised countries. The West is vigorously pursuing its “de-carbonisation” campaign, aiming for hydrocarbon “neutrality” by 2050 (though leaving many questions open about the real possibility and will to achieve this goal), going along with a “narrative” such as that expressed by British Prime Minister Boris Johnson at the opening of COP26, according to which we are “one minute from midnight” and need to take extreme measures before an irreversible catastrophe occurs. In the meantime, Asia is left relatively free to continue its impressive economic growth by flexibly assessing the possibility, timing and methods of an energy “conversion” that currently seems absolutely unrealistic, and even more unpalatable to areas of the world that are especially anxious to raise the standard of living of their populations, or - like Russia - still inextricably linked economically to the exploitation of oil and natural gas.

This very clear, radical differentiation between the industrialised countries of the West and those of the East (with Latin America in a median position, and Africa still acting as a spectator), beyond the tenuous curtain of an alleged unity of intent, represents a historical turning point whose roots and significance must be properly understood.

It can be summarised as follows: the more recently industrialised nations see economic growth as an absolute and mandatory goal, while those with older industrialisation and more established prosperity have chosen to manage their own degrowth.

The choice of emphasising the fears of an alleged climate emergency in order to promote a profound social transformation on the part of the Western ruling classes should be read as much in economic and political terms as in psychological terms. The “affluent” or “opulent” societies are increasingly aged and infertile, increasingly undermined by nihilism and integral secularisation, increasingly unable to sustain economic growth by multiplying consumption at the expense of public and private debt. The prevailing feelings in their populations are fear of the future, the terror of death, the fear of losing what one has. The psychosis of the climate apocalypse is one of the expressions of this widespread feeling. In it - as in the more recent psychosis of pandemic contagion - a general attitude is sublimated that is entirely defeatist and defensive with respect to historical dialectics, conflict, and risk.

Western governing classes physiologically express, through their representative systems, this dominant psychological state in those they govern. But, in addition, they have decided to seize the opportunity and use it to cement their own power, in alliance and convergence of interests with the giant oligopolies of the digitalised economy that now dominate their markets. Political and economic elites have enthusiastically embraced the "narrative" that human civilisation - and in particular industrialisation since the 20th century - is primarily responsible for climate change, and that a drastic ecological "conversion" to a "zero impact", "sustainable", "biodegradable" humanity can reverse the race towards the apocalypse, rolling out red carpets in front of Greta and her supporters. In this way, under the pretext of the epoch-making “transition” to be implemented in the shortest possible time, they intend to impose on their peoples an enormous concentration of power, a dirigiste turning point, a fusion of private mega-capitalism and state planning coordinated at supranational level, which should lead to a controlled “cooling” not of the climate, but of societies: compression and “dematerialisation” of consumption, absorption of small and medium-sized enterprises into large groups receiving public incentives and subsidies, clear separation between the upper classes still able to sustain the race for consumption and the under-proletarianised masses, under-employed or entrusted to “Universal Credit”, “profiled”, “confined”, bio-controlled, perhaps with a “social credit” system on the Chinese model, administered by apps and banks, data shared between companies and governments.

The “ecological transition” appears, in short, similar to health emergencyism, as a project entirely internal to the western nihilistic drift, aimed at controlling a decline seen as inevitable: closing the (formerly) opulent societies in a fortress, saving the aristocracies for as long as possible, and defusing the social conflict. Until, as late as possible, the great changes taking place in the rest of the world inevitably come knocking at the door, and in the new international balance of power, what remains of the West will find itself in a fatally subordinate position to new masters.

But the Western ruling classes are not looking that far ahead. As nihilistic as they are, they only need to stay in the saddle for the duration of their biological life. After that, it’s “Après nous, le deluge”. 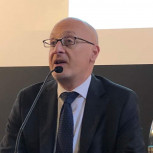