Ecocide: A Word to Avoid

Even the Pope is calling in a loud voice for “ecocide” on the global level to be prosecuted. But this word implies a vision that reduces man to the same dignity as animals and plants, and makes all human activity potentially criminal… 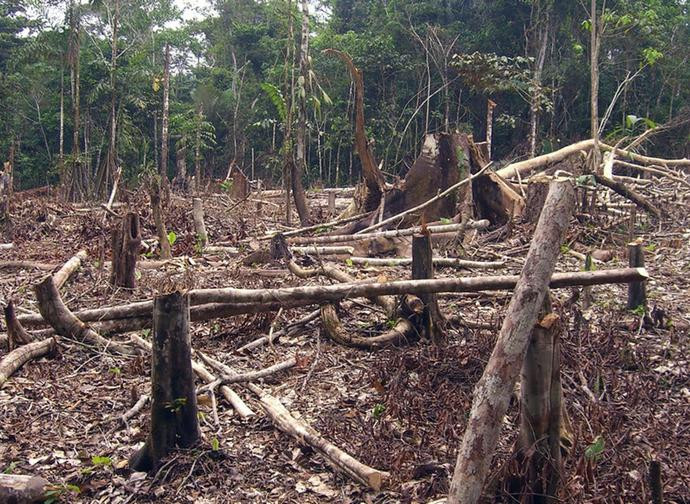 Ecocide.  It is the latest buzzword that, according to any dictionary, means the knowing destruction of the natural environment. It is a relatively recent neologism pushed by the growth of the ecologist movements in the Western world, but only recently has it become a commonly-used word.

This is owing also to the ecologist turn of the Church, so much so that Pope Francis himself used this term in speaking on November 15 to the participants at the world congress of the International Association of Penal Law. In an important passage of his speech, the Pope called for the punishment of “the conduct for which corporations are usually responsible”. He proceeded to delineate the actions which are summarized by the term “ecocide”: “the massive contamination of air, land and water resources, the large-scale destruction of flora and fauna, and any action capable of producing an ecological disaster or destroying an ecosystem.” The Pope also spoke explicitly of his intention to amend the Catechism in order to introduce this category of “ecological sin.”

Here we would like to focus on two aspects, the first linked to the adoption of the term “ecocide” and the second referring to those who would be primarily responsible. There is no doubt that the knowing destruction of the natural environment would be an evil action, but the term “ecocide” goes beyond that.  [-cide], as any dictionary explains, is “the second element of compound words and has the meaning of murder.” It always refers to human beings – homicide, parricide, uxoricide, genocide, infanticide, etc. – within a vision that considers man ontologically distinct from every other living form. Distinct and, if God has ordered all of nature to man as its end, superior: not so that nature can do whatever man wants, but because it serves his life, according to the design of the Creator. That is to say, man is responsible before God for how he uses nature, which has been given to him. Nature is for man and man is for God – this is the formula that synthesizes this Catholic vision of Creation. It is the vision that underlies Saint Francis’ Canticle of The Creatures as well as the splendid "ecological" work of the Benedictine monks.

Extending the term which indicates the murder of human beings to include the murder of an indistinct nature, leads straight to a completely different conception of nature, whether one is aware of it or not. It is the vision that forms the basis for the Earth Charter, a document issued at UN headquarters in 2000, that conveys a conception according to which man, animals, and plants are all part of an indistinct “living community.” It is the idea of a “global interdependence,” a concept with which one may also read the slogan “everything is connected,” so pleasing to Pope Francis and which was heard many times during the Synod on the Amazon. It is also the vision of the “Gaia Hypothesis” (named after the Greek goddess), formulated in 1979 by the English scientist James Lovelock, according to which the Earth is a living organism that acts exactly like a human organism, in which however man is essentially a foreign and disturbing element. This is also the source of expressions that refer to man as a virus, with global warming seen as a “planet fever,” being the fever a reaction of a living organism against the attack of a virus.

Thus the dramatic consequences of the adoption of the term “ecocide” should not escape us – concealing as it does preconceptions opposed to Divine Revelation and which therefore, not surprisingly, are also revealed to be profoundly anti-human.

It remains then for us to deepen the theme of those presumed responsible for ecocide. In the Pope’s speech it is clear: the ones responsible are the multinational corporations. The Pope’s interpretative outline of social and economic realities is by now well known: poverty is the fault of the rich, just as the destruction of nature is the fault of greedy capitalists, who appropriate to themselves all available resources, constraining masses of people to poverty and destroying ecosystems.

The reality, however, is much more complex, beginning with what is meant by destruction. As long as we talk about entrepeneurs who throw polluting industrial waste into rivers or people who start devastating forest with fires for personal gain, it’s quite simple. But today, for example, a good part of the deforestation that is so talked about is the offspring of underdeveloped agriculture: in Africa, as in Asia or in Latin America, agricultural land is quickly consumed – moreover with low productivity – and deforestation occurs in order to create more land for cultivation. In other words, they deforest in order to eat. Are they all criminals? Just as in the past, at the time of the great explorations, forests were destroyed in order to construct ships, until wood was replaced with metal. Must we condemn everything and everyone? And for so many defenders of the environment – see for example the Indian Vandana Shiva, who will be one of the stars at the Pope’s upcoming meeting in Assisi on “The Economy of Francis” – the construction of hydroelectric power plants is also to be opposed (even though it is energy from a renewable source) because the construction of dams causes mutations in ecosystems. We do not wish to deny that at times certain projects can be problematic, but in general energy must be considered to be a fundamental requirement for coming out of poverty and underdevelopment. Or do we wish for everyone to become poor in the name of being in harmony with the environment? Since any project to improve human conditions implies a modification of the environment – in order to make an omelette you have to break some eggs – the danger is that in the end the ideal will be total immobility, the negation of activity, and, in the end, of any human presence.