In the wake of the recent Gaza ceasefire, Israel is aiming to reach an international agreement to disarm Hamas militias. However, the only realistic way to achieve this would involve an all-out Israeli military strike in Gaza, one that would totally annihilate Palestinian forces and then cede the territory to the Palestinian Authority and Egypt. 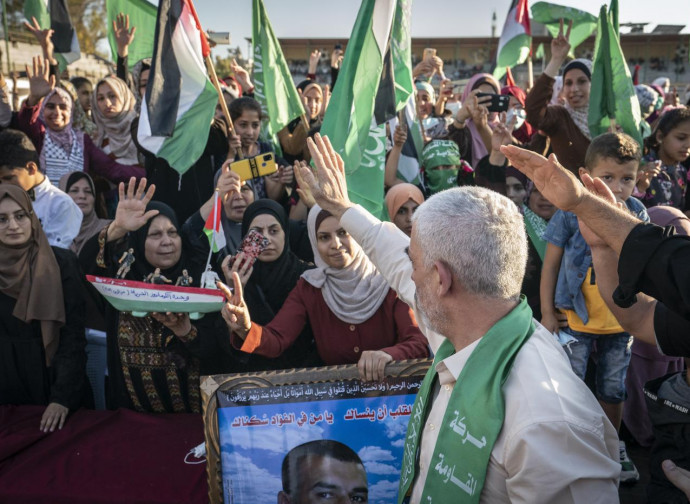 Now that the conflict in Gaza has concluded, it is time to take stock of the situation, despite both sides claiming victory after 10 days of intense fighting.

Ever since the Israeli Operation Guardians of the Walls began, the Ezzedin al-Qassam Brigades (armed wing of Hamas) and the Islamic Jihad Movement have fired a total of 4,340 rockets at Israel, 640 of which were aborted upon launch or fell inside the Gaza Strip. Israel’s Iron Dome anti-missile defence system shot down about 3600 rockets, that is, about 90% of those fired at its territories. However, missiles that were not intercepted struck the cities of Nevit Haasara, Sderot, Ashkelot, Ashdod and Lod, suburbian Jerusalem, Nazareth, Beersheba, Holon and Tel Aviv.

Twelve people were killed in Israel, including a soldier while another117 were seriously wounded (114 civilians and three soldiers). Israel’s military response caused the death of at least 248 people, more than half of whom were militia troops, and over 1900 were seriously injured.

Israeli bombings reportedly destroyed or damaged about 2,000 buildings and 500 rocket launch pads, as well as weapons depots and more than 100 kilometres of tunnels connecting the Gaza Strip with the Egypt’s Sinai region.

Certain considerations can be drawn from these numbers, which, however, also make it difficult to attribute a clear and undeniable victory to either side. First and foremost, the losses were, in general, very limited, considering the massive amounts of arms and the firepower employed, while confirming that Israel has well defended its own lands and almost always struck the enemy with precise "surgical" capacity. Therefore, Israel avoided mass carnage among the civilians who were used as "human shields" by Palestinian militias.

Hamas has also suffered considerable losses in terms of its own men and commanding officers, but they can rapidly compensate any losses with new enrolments and appointments. The few hundred Hamas missiles destroyed by Israeli air raids on military depots represent only a sixth or even a tenth of the 30,000-50,000 stockpile which Israeli and American intelligence sources say are still present in Gaza.

Hence, it is difficult to claim defeat for Hamas and Palestinian Islamic Jihad if, at any given moment, they have the military capacity to reopen hostilities and target Israeli cities.

It is certainly no coincidence that Jerusalem is now aiming to reach an international agreement that guarantees Hamas disarmament which is, however, impossible to accept for troops supported by not only by Iran, but by Turkey and Qatar as well. It is useless to daydream of an international UN mission that hopes to meet any such goal. We simply have to remember that the 12,000 blue helmets deployed in southern Lebanon since 2006 have focused their attention, among other objectives, on disarming  militias (especially Hezbollah), which, to date, has never even been conducted on a large scale. The disarmament of militias so deeply rooted in the territory where they exert total control over the population, who have submitted to them voluntarily or based on fear, can only be concretely implemented after inflicting a decisive military defeat.

With Hamas based in Gaza, the only possibility of avoiding renewed missile attacks on Israeli towns is found in a large-scale military operation to conquer every inch of the Gaza Strip, thereby removing all pockets of resistance and destroying all weapons and rocket depots. Undoubtedly, Israel would have difficulty justifying to diplomatic chancelleries and international public opinion such an extremely fierce and meticulous military campaign (which might prove all the more ferocious due to foreseen resistance of militias who know they have no escape) and even more so by restoring its occupation of the Gaza Strip which it enjoyed until its withdrawal in 2005.

Hence even all-out strike aimed at annihilating the Palestinian militias would have to assume that Israel ultimately cedes control of Gaza to Abu Mazen's Palestinian National Authority and the Egyptian forces. While grappling with jihadist militias in Sinai, Cairo would appear to have every interest in stabilising Gaza but might not be willing to deploy thousands of soldiers and police inside a territory inhabited by 2.5 million Palestinians. Indeed, these are merely hypotheses and options that do not seem to be on any agenda for the time being. Nonetheless, if it is true that Hamas disarmament constitutes the first step towards achieving peace, it is equally true that it cannot be carried out without the decisive use of coercive military means.