Defenders of life and abortionists: confusion in the Vatican

The new appointments to the Pontifical Academy for Life – which includes economist Marianna Mazzucato – confirm the 'Paglia line' open to experts in important fields that are in principle pro-abortion, while purging those who are most faithful to the Academy's original identity, and therefore critical of its current direction. 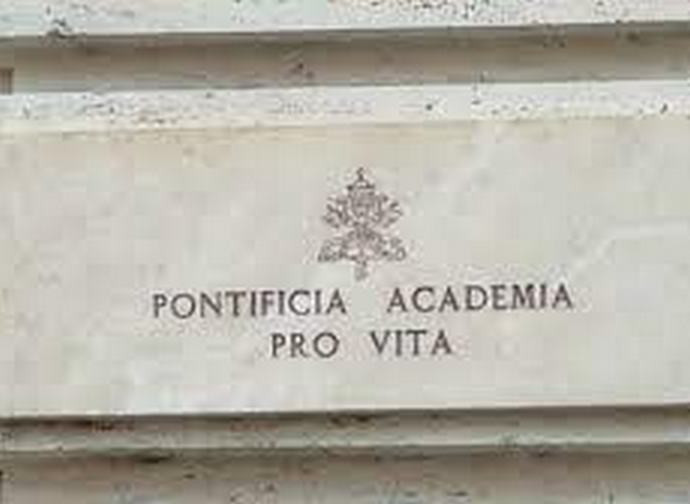 The new appointments, announced on 15 October, caused a stir above all for the presence among the ordinary members of the Italian-American economist Mariana Mazzucato, defined as an atheist, pro-abortion, and linked to the Davos Economic Forum. But the most worrying appointments for the future of PAV are others. Of course, Mazzucato's appointment is scandalous, given the economist's curriculum; but since Monsignor Vincenzo Paglia took over as the PAV leader, being against abortion, contraception, artificial insemination, and euthanasia is no longer a requirement for sitting on the body created by John Paul II to defend life.

While in this new conception, the defence of life has expanded its boundaries to now embrace anything to do with human life - from migration to protection of the environment - the profound link between the defence of life from conception to natural death, and respect for human dignity in all other circumstances of life has practically disappeared. Thus, it’s possible to appoint pro-abortion personalities to the PAV in the name of their expertise in certain specific areas.

Already the first appointments made by the Paglia administration in 2017, had provoked strong reactions; now, the appointment of Mazzucato, follows the same path. In this case we have an internationally renowned economist, who was also economic advisor to the then Prime Minister Giuseppe Conte, very close to the president of the Davos Economic Forum (WEF, World Economic Forum), therefore a theorist of the Great Reset as well as of the ecological transition (one of her recent tweets called for a 'climate lockdown'). In her books and essays she argues strongly for an entrepreneurial state. But above all Mazzucato has never made a secret of her open support for the right to abortion, as many of her tweets testify, especially after the ruling of the US Supreme Court that overturned Roe vs Wade.

Pope Francis likes her for her theories in favour of so-called 'inclusive capitalism' and in fact she was also a protagonist at the recent meeting in Assisi on the 'Economy of Francis', leading a seminar on finance. But she has already been circulating in the Catholic environments for some time, so much so that she was also a guest at the Meeting for Friendship Among Peoples in Rimini in 2020. It is therefore no surprise, given the track record of other secular and atheist gurus who lay down the law in the Vatican, that at some point Mazzucato was also slipped into some body dependent on the Holy See.

But why the PAV? What does an economist and discourse about capitalism have to do with life issues? Mazzucato is also one of the contributors to the UN's 2030 Agenda for Sustainable Development, and Monsignor Paglia evidently believes that her principles on inclusive economics are useful in pointing the way for a redistribution of health resources in favour of poor countries.

However, the question remains: how is it possible to think that the right to abortion (a tweet by Mazzucato contested the US Supreme Court decision overturning Roe vs. Wade) can be reconciled with pro-life policies in specific sectors, including healthcare?

A question that other PAV members have probably asked themselves in recent years, but this is how the voices most critical of Paglia's management have disappeared from the new Board of Directors, while Monsignor Alberto Germán Bochatey, auxiliary bishop of La Plata (Argentina), has been removed from the ordinary members. Bochatey is a great expert in bioethics, a disciple of Cardinal Elio Sgreccia who was at the head of PAV for 14 years. Also, Alain Lejeune, Professor of Pharmaceutical Law, was not renewed as an ordinary member and he too was faithful to the legacy of Cardinal Sgreccia.

But returning to the Governing Council, Pope Francis has removed those figures who had most challenged the 'Paglia line' in recent years: Professor Adriano Pessina, Director of the Centre for Bioethics at the Catholic University of Milan; and Dr Monica Lopez Barahona, president of the Spanish Delegation of the Jérôme Lejeune Foundation and director of the Jérôme Lejeune Chair of Bioethics in Madrid. Both remain as ordinary members. On the other hand, a little 'mystery' concerns Professor Gabriella Gambino, Professor of Bioethics at the University of Tor Vergata (Rome) and Undersecretary of the Dicastery for the Laity, Family and Life: she has disappeared from the submitted list, but is a member by right of the Board of Directors, as a delegate of the Dicastery. Simple forgetfulness or is there something more to it?

In any case, the significance of the exclusions is clear: with regard to Monsignor Paglia they had repeatedly complained about his authoritative way of proceeding, taking initiatives and positions that were not shared by the Governing Council or of which the Governing Council was unaware. And they obviously disagreed with the new direction and openings on bioethical issues - such as the recent ones on contraception, Fivet and euthanasia - that overturn the criteria of moral theology.

The new appointments therefore mark a further acceleration towards a reduced conception of life and its value, which also distances the Pontifical Academy for Life from the line of the Dicastery for the Laity, Family and Life, which - albeit with all its limitations - maintains the traditional approach, as demonstrated by the recent document for the preparation of engaged couples for marriage. It’s yet another contradiction that marks this pontificate.