Whenever there is a discussion on the connection between climate change propaganda and the distorted idea the public have on reality, carbon dioxide (CO2) is demonised as the principle cause of global warming. And this is despite the fact that, CO2 is an indispensable gas for human life. 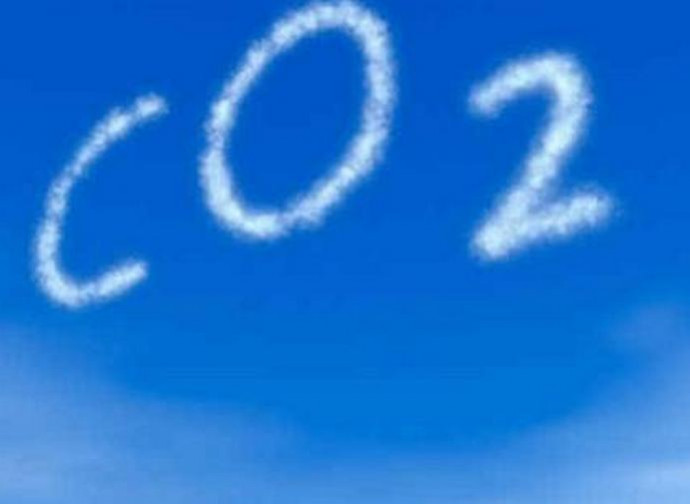 Whenever there is a discussion on the link between climate change propaganda and the distorted idea the public have on reality, the role carbon dioxide (CO2) plays, stands out. It is demonised as the principal cause of catastrophic global warming and is considered a "satanic gas" by the majority. Every news bulletin that carries an update on its constant increase in concentration in the atmosphere is experienced with collective anxiety (today it is close to 415 parts per million, ppm , against the 315 of 1958).

This is despite the fact that, carbon dioxide is a vital gas for our survival. Together with light and water, CO2 is the third fundamental nutrient for plants and the process of photosynthesis. This means that without carbon dioxide, there would be no human life. Nor can the current concentration be seen as a health risk: the report "Climate Change 2001" of the IPCC, (UN body for climate change), states, among other things, that the appearance of plants on the planet and their colonisation of the Earth, corresponds to a period in which the concentration of CO2 in the atmosphere was very high, above 6,000 ppm, ie.15 times higher than present levels. A report from the mid-1990s which took into account over 300 studies on the topic (Plant responses to rising levels of atmospheric carbon dioxide), explained that by raising the concentration of CO2 to 650 ppm, as many as 475 varieties of plants studied recorded an increase in growth above 50%.

So, where does the idea that CO2 is a poison come from? It is because it is one of the greenhouse gases, - according to the current vulgate - responsible for global warming. In addition, it is the main greenhouse gas which is affected directly by human activity. But, apart from the fact that the greenhouse effect is fundamental for human life (without greenhouse gases there would be no life on Earth since the global average temperature would be -18 °C against the current +15), carbon dioxide represents only a very small part of these gases: between 1 and 5% (over 90% is represented by water vapour). What’s more, the CO2 produced by human activity is negligible compared to what nature produces. Surely, this should suffice to create doubts about whether the increase of CO2 in the atmosphere is attributable exclusively to mankind.

That the increase in global temperature is related to the increase of CO2 in the atmosphere, is a scientific hypothesis formulated for the first time, just over a hundred years ago by the Swedish scientist Svante Arrhenius. But it was never confirmed, indeed later scientists attributed to CO2, a role both in the increase and in the decrease of temperatures. The two positions are sometimes even held by the same person. Take the case of Stephen Schneider, professor at Stanford University, advisor to the American president Bill Clinton and one of the most influential advisers of the global warming theory.  At the beginning of the 70s, he wrote essays and even a book to explain that increases in carbon dioxide emissions would have frozen the planet.

The "horror story" on CO2,  also defines it as a "pollutant” to affirm that an increase in CO2 in the atmosphere means an increase in pollution. A connection that is justified by the fact that the presence of carbon dioxide in the air is somehow linked to the use of fossil fuels, which have also been elevated to "enemy number 1" of humanity. But CO2, as we have seen, is not cannot be defined as a pollutant, but it is also not possible to establish a cause-effect relationship between pollution and CO2. This is proved by the fact -  perhaps a surprise to many -  pollution has been drastically reduced for decades in industrialised countries, contrary to the levels of CO2 that continue to rise.

Already in 2002, in its report dedicated to environmental forecasts, the OECD (Organization for Economic Cooperation and Development) stated that in four years, industrialised countries had already decreased air pollution by 70%. Even recently the European Environment Agency presented a report which confirms that of the OECD: between 1990 and 2016, in the countries of the European Union,  pollution has significantly decreased, by ranges from 23% to 91% depending on the gases examined. This does not mean that air pollution no-longer exists but that, contrary to what we are led to believe, not only is it not increasing but is actually drastically declining.

When we talk about air pollution in developed countries, we essentially refer to six elements, considered the most important at  a comparative and statistical level: sulfur dioxide (SO2), ozone (O3), lead (Pb), nitrogen oxides (NOx) , carbon monoxides (CO), fine particles (Pm). All these pollutants are decreasing, and anyone can check for themselves by looking at the Regional Environmental Agencies (ARPAs) websites.

Thus, pollution decreases while the concentration of CO2 in the atmosphere increases. The witch hunt launched against CO2 could actually become a boomerang from an environmental point of view, because by concentrating exclusively on the reduction of CO2 emissions, resources are diverted from research and the application of less polluting technologies.