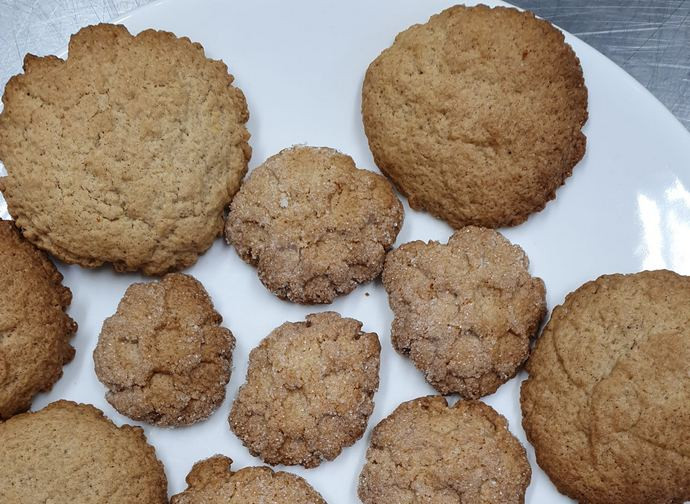 Ingredients for 60 biscuits:
200g of sugar
200g of softened butter
1 egg
The juice of an orange
Finely grated orange peel
500g of flour
½ teaspoon of baking soda
½ teaspoon of salt
½ tablespoons of cinnamon Divide the dough into small portions the size of a plum, flatten them with the palm of your hand (they should be half a centimetre thick) and cut them with a small glass (or with special biscuit cutters with various decorations, see photos on the page).

Place the biscuits on a baking tray lined with baking paper (or greased and floured) and bake for 10-15 minutes at 180° C.

When they are golden brown, remove the baking tray from the oven, let it cool for a few minutes then lay the biscuits on a grid and let them rest until completely cooled.

They can be stored for up to 6 months in an iron box.

(The photos of the biscuits are by Liana Marabini)