It seems like a nightmare, instead it is reality: today children can be encouraged, as young as 3 or 4 years old, to think that they belong to the opposite sex of their biological one, thus endorsing, rather than reducing, the confusion deriving from problematic situations. This is what a documentary reveals that follows the lives of five children from 4 to 15 years of age: a rainbow propaganda that, if watched carefully, shows how the innocent are so brainwashed, that it also records the remorse of one of the mothers. 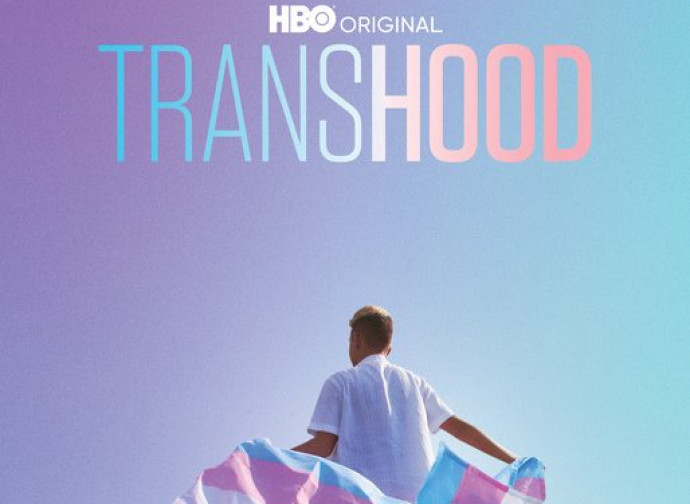 It seems like a nightmare, instead it is the reality we find ourselves in after 70 years of preaching against the existence of a natural law, a truth to obey, and against the boundaries necessary for the healthy development of a person. Today parents can induce their children, as young as 3 or 4 years old, to think they partake of the opposite sex to their biological one, while appearing to the world as understanding, kind and unjustly discriminated against by those who think it is an abuse.

What is happening is described in a documentary entitled Transhood, released last November 12. It follows four so-called “trans” (a term loved by those who want to pigeonhole them) children for five years and describes what would seem impossible. The featured children are: Leena aged 15, Jay, 13, Avery 7, and Phoenix 4. At the end of the documentary they are five years older. They all come from Kansas City, where “a full range of therapeutic, psychological, psychiatric, medical, surgical, endocrine and aesthetic treatments” are provided at the Transgender Institute. It means that these children grow up thinking they are the opposite of what they are thanks to “experts” and parents who persuade them to accept being bombarded with hormones, to dress in a certain way, and to demand that school, friends, relatives and the world deny the reality of their sex.

Everyone knows that a child, in order to be accepted and wanted by his or her parent, is willing to do anything, even to be confirmed in behaviours that cause him or her unease. It is therefore extremely worrying to note that the abuse not only happens in full daylight but is also mistaken for love. As Jay's mother (who pretends to be a male, with her man’s haircut and clothes) tries to explain in the documentary, she feels sorry for herself because: “My family no longer speaks to me. My mum thinks I'm a child abuser”. Even though Jay doesn't like the word “trans” and doesn't want to define himself as such, his mother continues: “I'll push him to come out and be who he should be”.

But how can a mother accelerate the process so much instead of trying to understand? A light is shone on her behaviour when we discover that she lives with a female partner with whom she raised her daughter and who insists on injecting testosterone into the body of the teenager, who cries out “Oh my God it stings!”. The two women tell her that she will get used to it, and after years of taking the hormones she will go to college completely transformed. A disturbing scene shows Jay opening an envelope she has received containing documents recognising her as a male: while her mother's partner shouts euphorically, grabbing the girl’s arm, Jay, unimpressed, pushes her away, telling her to “Stop screaming!”.

15-year-old Leena claims instead to have decided to be a girl at the age of 7 after the divorce of his parents, who encouraged him in his confusion without asking themselves whether they had anything to do with his turmoil. The boy's appearance is feminine, his voice is masculine. But at the end of the documentary he undergoes castration.

Also distressing is the story of Avey (now 12 years old) who admits: “I started (the shooting of the documentary) without really knowing who I was, because I was a child. Today I am 12 years old”. This sentence is significant if you think that his mother, Debi, has always said that at the age of 4 Avey told her that he felt like a girl. This was enough to convince the family that it was necessary to indulge the little boy's confusion, but he admits that he didn't really know who he was before the eight years he spent being treated like a girl. But that’s not all. Avey is the child who appeared on the cover of National Geographic in 2016. In the documentary it turns out that the boy didn't want to be used in that way, to the point that when the photographer arrives he shouts at his mother: “You put me in all these things and I don't approve of it!” then he runs to hide in his room. In the end Debi makes him come out and he consents to be filmed. According to the woman, her child said that “his job as a trans person was to help change the world for other children”. Too bad that a parent of a child of this age should worry about protecting their child's play and childhood, rather than making him/her “work” as an adult to ease the consciences of adults who prefer not to ask questions. Today Debi continues her activism but her child wants to stop appearing as soon as possible.

The worst comes at the end, however, when the woman takes Avery to the doctor explaining that she has read “all the sex education books” to the 8-year-old boy and has realised that he is afraid of puberty. “I just want to stay a child,” says Avery. Obviously his mother links his unease to the fact that the child fears the development of his biological sex. Yet it only takes a shred of common sense to realise that a child after spending hours reading sex education books can't help but be worried by them.

This is how a documentary that testifies to the damage caused by emotionally violent parents, broken families, or marital dysfunction, becomes propaganda for the new world people want, where there will be no more discrimination and injustice.

But there is an elephant in the room: it is summarised in the last story told. It is the story of Phoenix, who at the age of 3 began to dress as a girl explaining: “I’m playing at being a girl”, which is why his mother, Molly, encouraged him to call himself a girl. At a certain point the boy is taken to a Protestant church where he is welcomed as a girl, together with all the faithful who celebrate gay pride, because “we love you as you are”. But when the little boy has to say in public “I am a girl” he has second thoughts and remains silent. At that point the mother explains: “She is shy, but wants to tell you that she is a girl”.

Too bad, however, that a few years later a voice asks Phoenix if he identifies as a girl and he replies, “No, I am a boy”. At that point the voice tells him, “OK, then we'll call you girl later if you want”. But the boy still answers “No”.

How come? At the end of the documentary things changed, including the position of the mother, who explains how much she was struggling with her absent husband at the time. Because of this she eventually divorced and went to live with her parents. It was at that point that Phoenix, finding a male role model, changed: he started playing with his grandfather a lot and then with the boys in kindergarten, forever rejecting a female identity.

So Molly admits: “I can't believe this happened. It was a huge mistake (to encourage him in his confusion, ed.). Boys are not transgender. They are male. He was born male. He’s always been a boy. He will always be a boy. And maybe there are people who really are [transgender] but it's probably a mental disorder”.

But if until now hormone treatments could not be administered without parental consent, with Biden the nightmare is bound to escalate: when on 15 October Mieke Haeck, who calls her son a girl, asked the Democratic candidate how he would behave after Trump had “attacked the rights of transgender people”, Biden specified: “I will flat out just change the law, eliminate those executive orders,”...“The idea that an 8-year-old child or a 10-year-old child decides ... ‘I want to be transgender ... it’d make my life a lot easier, .....there should be zero discrimination.”

The Democrat also promised to pass the Equality Act in the first 100 days in the White House, which would add a person's 'gender identity' to the list of classes protected under Title IX of the Civil Rights Act of 1964 and could override a parent's decision to ban their child from asking for hormones. It does not matter if the facts have already disproved this madness.  The Tavistock Clinic in London has been accused of superficiality by the recent ruling of the English High Court after it was denounced by dozens of children whose puberty was blocked since they were young children. This has curbed the Clinics work by seriously questioning the legitimacy of the processes of gender dysphoria, especially in the case of minors.