Catholic support for the wrong West needs a rethink

There is a considerable misunderstanding concerning the concept of the West. There is an "essential" West that corresponds to Christian civilization and its social and political consequences; and there is a West that coincides with liberal democracies, with a system of values opposite to the first. Unfortunately, many Catholics side with this anti-Christian West. 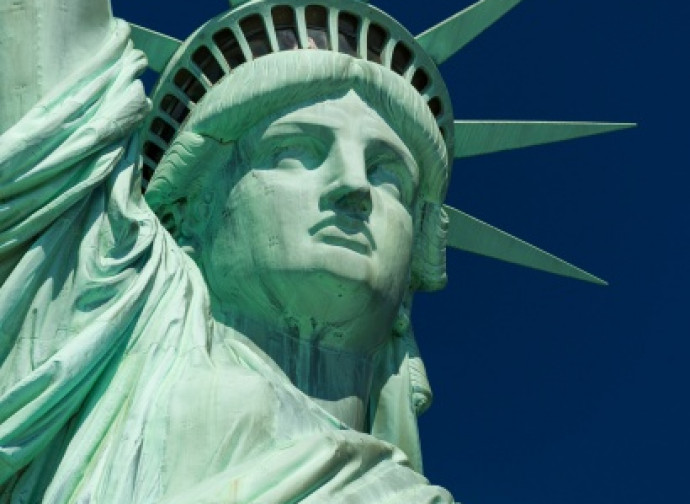 There is a clear misunderstanding regarding the concept of the West. A misunderstanding that also explains the acquiescent attitude of a certain Catholic world towards a West which in reality is its negation. Clearly the West cannot be understood in geographical terms, also because, given the earth’s spherical form, no one is in the West without, in its turn, being Eastward of a West, but above all because what is considered West is not limited to geographical criteria: for example, Australia and New Zealand are considered West.

In fact, the West is a civilisation, originated in Europe, in which Christianity has synthesised and purified Greek philosophy and Roman law. The civilization that arose from this synthesis transcends geographical boundaries, because its center is divine (Jesus Christ) and not geometric.

So, West is a civilization, a Christian civilization. This has concrete consequences: first of all, the recognition that there is a Creator God, for whom the whole world is Creation, with human beings at the top, who are responsible to God for everything around them. It means that there is a natural order that corresponds to God's plan for mankind and for the whole of reality, which we are called upon to support also with our social rules. It means that each person has a value in themselves, that life is sacred and inalienable, and that there are natural rights that come before States and social communities, and which States and social communities must guarantee. It also means a conception of linear history that tends towards the last day, the Last Judgement, since mankind is always called upon to build the earthly Jerusalem in the image of the heavenly Jerusalem; hence also the positive value of work (in other societies it is reserved for slaves, prisoners, and the lower classes) and therefore also the concept of development. It is all this that has made western civilisation great over the centuries and has guaranteed its cultural, economic, and political supremacy in the world, not the ability to use force and violence as many would like.

There is also a corollary. Understanding the West and Europe in this way, it must be said that Russia is geographically Europe up to the Urals and part of European civilization. The spiritual and liturgical tradition, the sacred and profane figurative arts, the music, the theater, and the literature of Russia are lofty expressions of European civilization. John Paul II expressed this concept when he said that Europe should be considered "from the Atlantic to the Urals". Russia is the West in an "essential" sense.

Those who speak of the West today, however, are referring to another system of values, that of liberal democracies, placed under the political and cultural hegemony of the Anglo-american sphere. Not surprisingly we refer to protestant countries for the most part, because Protestantism is at the root of this different concept of West, in light of its rupture with divine revelation  (Sacred Scripture and Sacred Tradition entrusted by God to Holy Mother Church), its radical anti-metaphysical and anti-juridical option and, therefore, its irreconcilability with the classical Greco-Roman heritage.

This current definition of the West differs radically from the "essential" West understood in its historical-cultural identity as Christian. There are then two ideas of the West: the West as Christianity and the West as liberal-democracy, the West as classical-Christian civilization and the West as ideological modernity/post-modernity. These two ‘Wests’ are not only distinct and non-overlapping but, doctrinally speaking, are irreconcilable. That’s why we have a West that hates West, or as pope Benedict XVI said “There is a self-hatred of the West here (...) that can only be considered a pathological trait". In fact, it is the secular, liberal-democratic West that hates Christian civilisation.

It is a reading of history in which all evils are the offspring of Western culture and Christian civilisation in particular. Today there are many cultural and political currents that interpret this sentiment: Third-Worldism, for example, according to which poor countries are poor because rich countries exist, so that even international development policies are seen in terms of compensation for past wrongs and not in terms of the evolution of poor countries. The question never arises of whether poverty is the result of internal factors, such as religious beliefs, culture, and corruption, as should be obvious: no, it is exclusively the rich countries fault, i.e. the West.

The phenomenon of “cancel culture”, followed by the demolition of statues, burning of books, suspension of teachers, and so on, is only the final outcome of the entrenchment of this anti-western ideology. With regard to ecologism, it is interesting to underline how the Judaeo-Christian culture is directly called into question as responsible for the alleged ecological crisis, because the emphasis on the centrality of mankind is purported to have led human beings to destroy nature.
The denial of Western Christian civilisation has consequences in other fields as well: for example, gender ideology is the denial of the natural order that God established in Creation and which is described in Genesis. And so are the denial of life - abortion, euthanasia - and the systematic destruction of the family as the fundamental cell of society.

But today it is precisely the leadership of the entire West that represents and promotes self-hatred. It is no coincidence that European leaders have explicitly banned the recognition of Europe's Christian roots; US President Joe Biden has made the LGBTQ agenda a foreign policy priority, after his democratic predecessors had similarly imposed birth control internationally; and just in the last few days, we have all witnessed his attitude towards abortion; UN agencies, under pressure from Western governments, promote abortion, contraception, family destruction, ecologism, Third-Worldism, indigenism. But above all, many Catholics today, and many pastors, follow this kind of ideology that is anti-Christian and anti-Catholic in particular., ideology that disavows the identity of Europe in order to conform to the Anglo-American Protestant culture.

In conclusion, it is important to recover the sense of the "essential" West which is other than the West that dominant thought imposes upon us. The aim is to renew the commitment to the true West, that is to say to Christian civilization based on the correct relationship between reason and faith, and to contribute to developing the germs of true freedom from the global pretenses of the West with an empty soul.