Canada, euthanasia comes with an algorithm

A group of researchers has developed software capable of predicting death six months in advance, a tool that will serve to increase pressure on patients and family members to remove the disorder prematurely or push for therapeutic abandonment. It is not by coincidence that this diabolical discovery occurred in Canada, a country at the forefront in euthanasia. 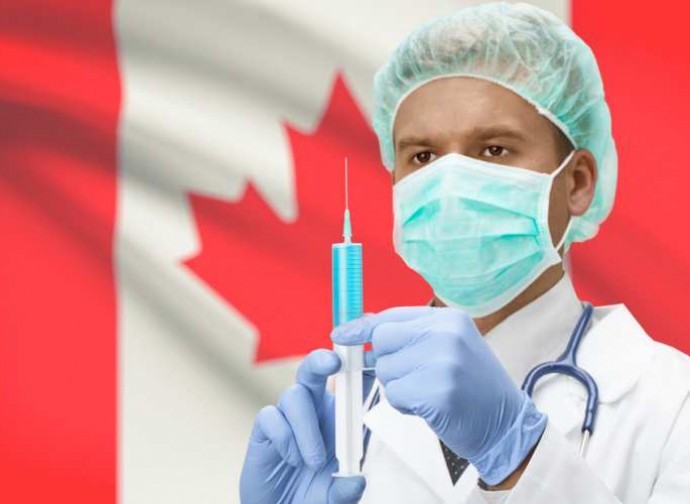 Just what we needed, an algorithm to induce relatives to kill off the old man! Canada is not only the country in which the descent to the underworld of euthanasia is unstoppable, but as of a few days ago it has also become the only country in which software can inform each patient and each member of his/her family six months in advance that their beloved relative is going to die. A new day-of-death calculator could predict how long the elderly or ill still have to live.

The 'Predictions for Elder-Life in the Community Tool,' devilishly nicknamed "Respect," is expected to predict death six months in advance, and was developed using data from hundreds of thousands of adults over the age of fifty living in Canada,  who used home care between 2007 and 2013. "The Respect calculator allows families and loved ones to plan for the last six months of a sick loved one's life... For example, “it can help an adult plan when to take a leave of absence from work to be with a parent, or decide when to arrange the last family vacation," said Dr. Amy Hsu, a researcher at the 'Bruyère Research Institute' and the lead author of the study.

These (mad) scientists and researchers hope that the calculation system can be used by palliative care professionals and doctors (to know when to stop treatment), by home care staff, but also by patients themselves to 'plan' their departure with euthanasia in time. The research describing the method of calculating 'remaining life time' was published in the July 5th issue of CMAJ (Canadian Medical Association Journal).

The statistical calculator consists of data from 435,009 adults and was able to identify 122,823 deaths within six months with a 95 percent reliability interval, which peaks to 98.2 percent when defining high-risk 'death' groups. Another survey representing 139,388 adults was able to identify 20,015 deaths within the six month time span.  The average age of those assessed was 79 years old, and 65 percent were women. 60.8% were people with hypertension, 26.8% had coronary heart disease, and 23.5% had developed Alzheimer's or other forms of dementia. Another 20% had had a stroke, or suffered from Parkinson's disease, cancer, or heart failure. Only 1.3% were told by their physicians they only had six months to live, yet they died within that time frame.

Can you imagine what it would be like to know that even though you feel quite well and your doctor is hopeful about your health, you and your family members are told that you only have six months to live? A tragedy for many, an opportunity for conversion for those who have faith, a savings in health care spending for the Canadian government.

Not at all happy about this discovery is the bioethicist of the University of Toronto Kerry Bowman: the implementation of such a calculator in the health care system could potentially be an "ethical minefield...Using a tool like this without doing a social, cultural and ethical analysis of the individual person and the family and community context in which they live is not a smart thing to do". Moreover, there is little doubt that if and when the 'last six months of life calculator' is introduced into the Canadian health care system, it could strongly influence the spread of euthanasia or medical assistance in dying (MAiD), and reshape palliative care.

The new algorithm will not only impact the lives of patients and families, but also the attitudes of health care providers: will care and attention be the same or, knowing about the 'upcoming death', will the patient be abandoned or pushed to die prematurely? Just the idea that crucial, intimate decisions about patient care may soon be driven by an algorithm introduced into a computer modeling system rather than by individual medical assessments, is very alarming.

Let's pursue this line of reasoning even further: this model could also be wrong and, as many of us have seen in our own family experience, despite our loved ones being given only a few months to live, they have lived for years, surprising us with improvements.

The algorithm of the Canadian researchers is nothing but the umpteenth attempt to impose a 'quality of life'  concept on everyone that is based on utilitarian and consumerist parameters, where people are valued for their usefulness and not their human dignity. Only in a country like Canada, where euthanasia is promoted as an integral part of personal care, could one even imagine such a tool for predicting, or, even better, promoting a patient’s death. Only a science that believes itself to be dangerously omnipotent could behave in this way. Only God knows the day and hour of our second birth to Heaven. The 'Respect' algorithm may soon become yet another tool to promote euthanasia in Canada.