Can the killing of Soleimani be morally justified? It depends 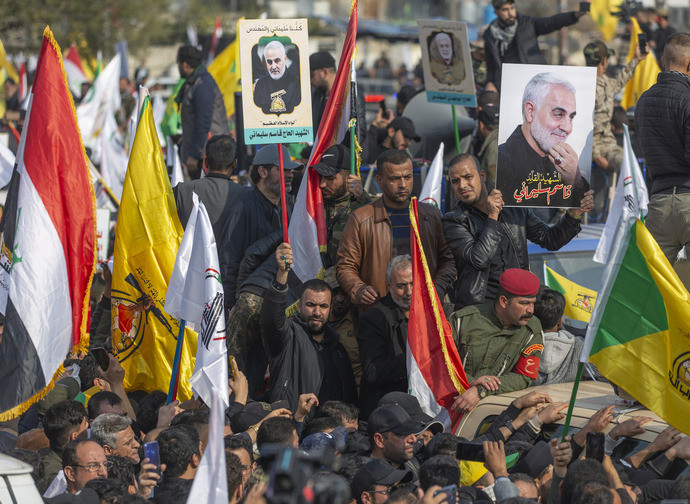 From a moral point of view, can the killing of General Qassem Soleimani by the United States military be considered licit? The answer is yes, if the case can be considered as an action of armed defensive; if not, then the answer is no. In order for the case to qualify as a defensive action, it must satisfy certain criteria.

As a preliminary point, we recall that military actions of a defensive nature – and more broadly, defensive war – are morally licit because the defence of certain goods – material goods such as life, health, economic assets, and immaterial goods such as the common good and the fatherland (which naturally also include material goods), honour, faith, etc. – is a morally good purpose. Thus, just as it is licit to protect one’s own person through the necessary use of weapons, including in the case in which this use leads to the killing of an aggressor, so it is also licit on the moral level to defend an entire community, even with the use of arms, against an unjust aggression that comes from another nation or from the rulers that pertains to the life of the people or to other goods of primary importance. In essence, the principle of legitimate self-defence can be applied to defensive war and all other military interventions of a defensive nature.

The first requirement that must be satisfied to consider the killing of Soleimani licit is given by verifying that he was an unjust aggressor, because if there is not an unjust offence one cannot fairly speak about a just defence. As Souad Sbai explained well, the Iranian forces are threatening and violating the peaceful existence of the Iraqi people, and they have attacked the lives of US personnel present in Iraq as well as members of the US military forces in other places, because they are protecting the Iraqi people. Thus General Soleimani, above all because of his high-ranking role, may be considered an unjust aggressor, or – in different but equivalent terms – a representative of a military and political force that is the unjust enemy of the Iraqi people and their allies. Therefore the material action of killing the general may be qualified from the moral point of view as a defensive action, and thus as an abstractly good act.

But the second step for understanding if an abstractly good action is also good in its concrete application is to understand if the modality of the action is proportional to its positive outcome, which in this case is a defensive end. In fact, “an act that begins with a good intention may become illicit, if it the result is disproportionate” (Thomas Aquinas, Summa Theologiae, II-II, q. 64, a. 7 c.).

This criterion of proportionality is evaluated according to various considerations. The first regards the means used, which in this case is military force. The means used must be proportional to the outcome; thus the killing of someone by military means must be the last resort in order to defend a good that is of high merit. More precisely, we must affirm that the relationship between means and ends requires, in this scenario, that there be a proportionate relationship between the violence of aggression and the defensive force employed: “if therefore someone in defending his own life uses greater violence than necessary, his action is illicit. If instead he reacts with moderation, then the defence is licit” (Ibid.). If, for example, it is possible to defend oneself by simply wounding the aggressor, deliberately seeking the death of the aggressor would be unjustifiable, because it is not necessary: the harmful effect of the death of the aggressor could have been avoided because it was superfluous. Thus the action of killing would exceed what is necessary for defence – it would thus be disproportionate by excess – and would thereby be transformed into another moral species, which could be morally offensive.

Applying this criterion to the Soleimani case, if the defence of the goods at stake – social peace, the interruption of internal conflicts, the elimination of oppression, etc. – could have been accomplished in a non-violent way, the killing would not have been justified, because it would have been excessive and disproportionate. The act of killing would have been an intervention that provoked harmful effects that could have been avoided. It is thus necessary to attempt all possible peaceful solutions of a diplomatic character, including just threats of economic and political retaliation, etc., before deciding to use physical force. As Jacques Maritain wrote, a moral subject “should not refuse to use just force when it is absolutely necessary” (Umanesimo integrale, Borla, Bologna, 1973, p. 269). It is up to the experts to explain if Trump’s decision to eliminate Soleimani was necessary or not, based on whether it had become the only effective way to protect the goods indicated above.

The second criterion based on the principle of proportion regards the proportion between the good being defended and the good that is injured. It is not licit to kill a person because he is trying to steal a car (unless the car is indispensable to save one’s own life): “one cannot take a greater good away from one’s neighbour for the sake of a lesser good” (P. Palazzini, article on Legitimate Defense in the Enciclopedia cattolica, Casa Editrice C.G. Sansoni, Firenze, 1950, p. 1584). Likewise, with regard to geopolitical scenarios, the injustices must damage fundamental rights of the citizens; moreover, they must be certain, that is, they must be verified with constancy over a long period of time. In addition, the wound inflicted must not concern “only certain particular goods of certain men” but must be realised in a tyranny that “rages against the whole community” (Thomas Aquinas, De Regno ad regem Cypri, I, i, 6).

Thus an outrage against the good of an individual may be tolerated in order to protect more important goods such as security and social peace, that is, in order to preserve the common good: “if the tyranny is not excessive, it is certainly more useful to tolerate it for a certain time rather than, by reacting, to incur many more serious dangers than the tyranny itself” (Ibid.). This does not take away from the fact that the good of the individual who suffers an unjust aggression may always licitly and naturally be protected with legitimate private defence, but such defence should not necessarily provoke the intervention of a foreign nation. From the description given by the media of what was and is happening in Iraq, it seems that what was in danger – and the danger was certain – was the peaceful existence of an entire nation, with destabilising effects for an entire region of the Middle East.

The third criterion regards the proportion between the benefits that are hoped for and the foreseeable damages. Each of our actions tends toward certain goods (which are the end that we intend) and causes certain damages (negative effects that we want to avoid). If the benefits outweigh the damages, the act will be effective. If the benefits and damages are comparable, the act will be useless. If the benefits are outweighed by the damages, the act will be ineffective and harmful. In this particular case, before making the decision to eliminate Soleimani, it was necessary to ask if the action was worth it, and thus it was necessary to ask: what effects will be provoked by killing Soleimani? Will he be replaced by someone even more ruthless? Will Iranian oppression loosen its grip, or will it become even more ruthless? Will the internal conflict die out or will it escalate? Will it trigger an escalation of conflicts or will it lead to a phase of de-escalation? These are questions that must be answered by analysts and which Trump’s advisers certainly must have answered prior to the raid that killed Soleimani. Of course, the choice to kill the Iranian general would have been licit even if an initial period of unrest had been foreseen, which would then be followed by a stabilisation of the scenario in Iraq.