The intervention of the Congregation for the Doctrine of the Faith prohibiting blessings for homosexual couples has provoked reactions from bishops and theologians disappointed with Pope Francis. Some believe that the praxis will not change because doctrinally forbidden praxis are still being implemented despite the fact that they are forbidden. This is the result of a confused doctrine that tolerates the intolerable after having declared that it is intolerable. 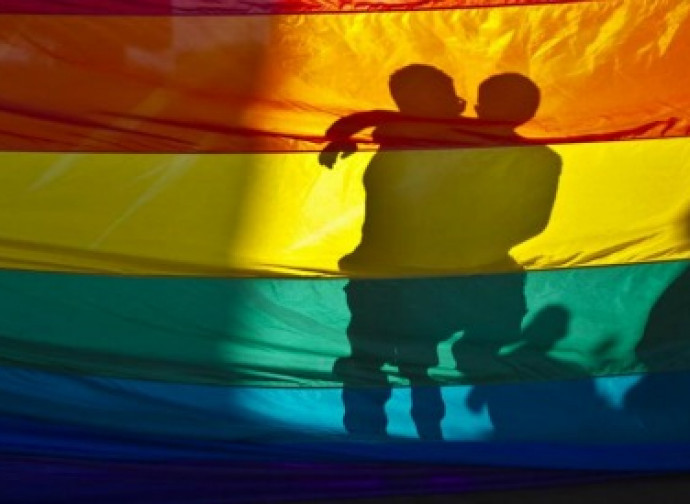 The intervention of the Congregation for the Doctrine of the Faith prohibiting the blessings of homosexual couples has received different and even opposing assessments. This raises the significant question - a question of no small importance for the life of the Church - of the value and ecclesial usefulness of doctrinal pronouncements. Some will say that the Responsum was a pastoral - or at most a disciplinary - pronouncement, and not a doctrinal one. However, if we take into account today's usual confusion regarding the boundaries between doctrine and pastoral, that pronouncement evidently sets out the doctrine of the Church, from which derives the pastoral indication not to impart such blessings. It is therefore a doctrinal document.

American cardinals, German bishops, Austrian priests, streetwise priests, prison chaplains, parish priests and so on have expressed their disappointment and opposition to the Congregation's statement, which they consider more or less unacceptable and returnable to the sender, something to apologise for to homosexuals, a theoretical abstractness that does not allow discernment to be applied case by case in accordance with real life. The many who are confident in Francis’ “revolution” say they are disappointed by the pope who, by approving this declaration, would be taking a step backwards, returning to positions they considered outdated. Some of them even say that the text should be read in the light of the “approaches” made by Francis towards homosexual persons, in order to limit its import.

On the contrary, many consider that stance insufficient, from both the point of view of its normative content and its pastoral effectiveness. From the first point of view, it has been noted that there is a phrase in the text - “The presence in such relationships of positive elements, which in themselves are to be appreciated and valued...” - already covered by Compass - which has been considered “ambiguous”, but which can certainly be called wrong. In the homosexual relationship as a relationship there can be nothing positive, because it is violence towards oneself and towards the other. From the second point of view - pastoral effectiveness - many have observed that in the medium and long term this intervention will be forgotten and diminished. To this we can add that it is already not applied now and that the blessings of homosexual couples in church will continue to take place, despite the fact that Ladaria and Morandi - with the pope's consent - have banned them.

In this situation of opposing parties, every doctrinal statement becomes a political issue. Is it made in order to clarify doctrine, or is it made in order to give a sweetener, perhaps without going too far, to one side rather than the other? Is it pronounced because one wants it to have a practical consequence or without caring if and how it will be applied? When it’s not actually done with an eye to the internal political balances of the Roman Curia.

We are therefore faced with an unstable, slippery, chaotic picture. Things that are doctrinally inadmissible and unacceptable are implemented anyway, despite the fact that they are neither admitted nor admissible (absolution for divorced cohabiting couples was already widely given even before Amoris laetitia, and blessings of homosexual couples have been given for a long time now). The doctrinal pronouncements issued for clarification and guidance are uncertain in their formulation, at odds with the practice of the Church's own leadership (Pope Francis was the first to give Holy Communion to Protestants in violation of a doctrinal prohibition), contested and inapplicable. In this context, doctrinal pronouncements show all their fragility.

The problem is deeply rooted. In the Church two different codes of thought, expression and behaviour are used, so that everything becomes interpretable in different ways. The Responsum of the Doctrine of the Faith, for example, distinguishes between “sacramental” and “sacrament”, making this distinction a question of essence. Now, this approach, which we could define as metaphysical - when we touch on essences we are in this domain - is not even more comprehensible to those who instead examine Christian life from an existential point of view, where there are no essences but, precisely, existences that are intertwined and constantly changing. The same “essential” differences between male and female, between de facto cohabitation and marriage, between civil and religious marriage, and so on, fade into an existential, procedural, temporal vision of things. The love between two homosexual persons is categorized in the same way as love between husband and wife, groom and bride.

Without doctrine, or with a doctrine that is weakened and confused, that enunciates principles of conduct that are then not controlled and demanded, that contradicts the practice of the very pastors who enunciate it, that seeks mediation between parties of ecclesiastical politics, that tolerates the intolerable after having declared it is intolerable but without saying so in full... it is not possible to be government of the Church, a ship “in a great storm”.