Biden bragging about the withdrawal from Kabul is indefensible

Joe Biden publicly boasts, he’s ended the war in Afghanistan, even though the scenes of the disastrous withdrawal are there for all to see. Biden has probably made use of the behavioral scientist Sunstein, theorist of the "nudge" to  tailor his rhetoric. But, the Americans are not fooled and the president has lost credibility. 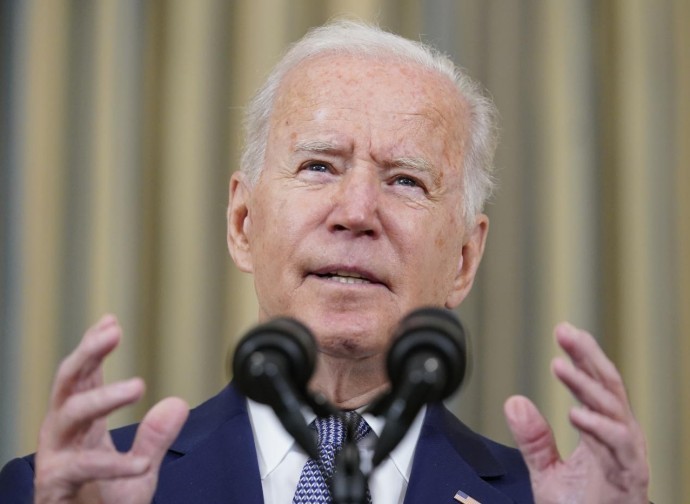 The war in Afghanistan is over. We know that because President Joe Biden said so in several recent speeches. In essence he told the American public that ending this war after 20 years made him a great historical figure.
Really?

The magnitude and speed of the fall of Afghanistan; the flight out of the country of the president; the collapse of an army 20 years in the making; the abandonment of helicopters, specialized equipment, and stashes of arms; and the Taliban takeover of the country in a matter of days stunned the entire world. The unplanned and chaotic withdrawal of Americans and Afghanis who worked with Americans was so hasty as to leave one with the impression that Biden was taking orders from the Taliban who wanted Americans and others out by August 31st. Biden complied.

When Biden took the decision to leave Afghanistan he said our troops would be out by September 11th. That was at the very least an insensitive choice of date in the eyes of the American public especially in a place like New York City that suffered the loss of the Twin Towers and nearly 3,000 lives of people who were simply at work.
In his speeches, with great pride, Biden said he took responsibility for ending the war using the overused presidential expression “The buck stops here.” In all of his prepared speeches he showed his remarkable capability to read from a teleprompter, then either took no questions from reporters or called names from a list “that has been given to me.”

Every time the president spoke he was clearly on the offensive, underscoring what brave decisions he had made. Republicans, and many Democrats, would beg to differ. Leaving Afghanistan was a calamity, disaster, and humiliation for the United States. After 20 years the diabolical men who enabled the September 11 attacks on the United States were back in power.
It didn’t have to be this way. True, the idea to leave Afghanistan was originally President Donald Trump’s initiative. Biden could have repudiated it. After all, Biden dismantled many of Trump’s policies. All one has to do is look at the pro-life measures taken by Trump that were all disavowed. But no, he took ownership of the decision and carried it out in his own manner.

Is President Biden being “nudged”?

In his press briefings Biden has consistently taken an offensive stance. Never has he been on the defensive. First he credits himself with removing American troops from a war-torn country as a great personal victory. After all, Americans wanted this. Yes, but not in the chaotic manner it transpired. Secondly, he dismissed urgent diplomatic intelligence cables sent from the US embassy in Kabul warning of impending disaster. There were just so many of them.  He could not possibly read them all. He just trusted his own judgment.

At some point Americans should ask themselves: Why is he taking this stance? Why is he speaking in such a manner? Why not acknowledge reality?
The contents of Biden’s public remarks fit in with the “nudge” concept. “Nudge” is all about persuading people to accept your thoughts, ideas, and point of view. It is part of “behavioral science.”
An expert and proponent of “nudge” happens to be in the Biden administration. He is none other than Cass Sunstein, the husband of USAID Administrator Samantha Power. Sunstein was given a position in the Department of Health and Human Services apparently with responsibility for dealing with migration matters. Or so it was announced. Sunstein should be well acquainted with Biden since he served in the White House for several years (2009-2012) during the Obama-Biden Administration as Administrator in the Office of Information and Regulatory Affairs.

Sunstein, who had co-authored a book (recently revised) on “Nudge”, a few months ago wrote an article that, while not mentioning Afghanistan specifically, reveals how efforts to employ behavioral science permeates the entire US government. The article: “Biden’s Faith in Behavioral Science Will Pay Off” covers Sunstein’s earlier role in the White House, how he helped spread the nudge concept and how Biden as president is actively promoting it.

Nudge or no nudge, people see what has happened – evidence from Afghanistan continues to be very disheartening – and are not buying Biden’s self-enhancing spin. Biden’s public appearances are being carefully orchestrated to compensate for the cognitively impaired president. His condition, while quite evident, is never mentioned by the mainstream press. At times some of his most confused comments are censored. One might ask which policies are his own and which arise from others in the vast government bureaucracy who have a specific agenda.

Given the experience with Afghanistan Biden has lost credibility, coherence, and competence. A Republican Congresswoman, Claudia Tenney of New York, recently presented a motion to impeach President Biden. However, it has virtually no chance to move forward. In such an improbable event, Vice President Kamala Harris would take his place. Given her experience and values that too may be “indefensible.”