A University of Pittsburgh project questions doctors about the possibility that babies are having their organs removed while alive. And the Biden Administration is allocating $88 million for research on foetal human tissue - such as transplants from babies to mice. NIAID, headed by Fauci, is the main funder. 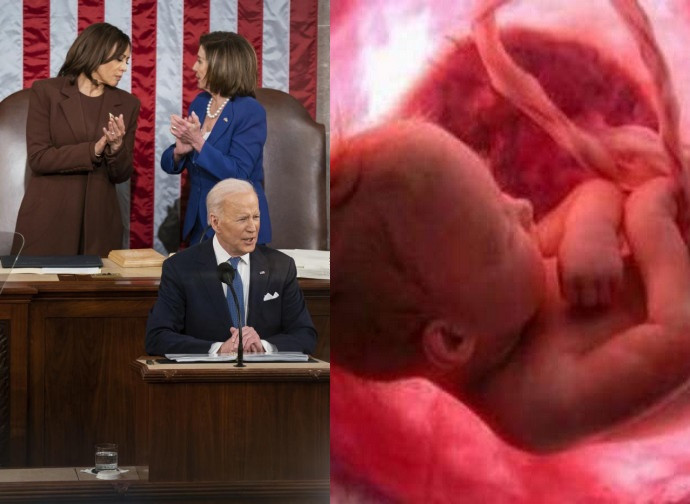 The trade in the cell lines, tissues and organs of voluntarily aborted babies for “scientific research” purposes is a well-known reality, although its tragic nature is little reported. But what is increasingly emerging in the United States on the basis of official documents, as well as the opinions of various experts, is the possibility that organs are usually obtained from babies who are still alive at the time of extraction. What’s more, this research is financed with public money.

The pro-life front has been looking at this issue with concern for years; but since August 2021, the 252 pages of new documents from the US Department of Health (HHS) have been added, which the Center for Medical Progress - legally represented by Judicial Watch - obtained following a lawsuit filed against the HHS after it failed to respond to a previous Freedom of Information Act request.

Through its analysis of the said 252 pages, the Center for Medical Progress (CMP) discovered that in 2015, the University of Pittsburgh submitted a project to HHS requesting over $3.2 million in federal funds on a five-year basis (as of August 2021, it had received at least $2.7 million), with the goal of expanding its decades-old foetal tissue collection and thus becoming a true hub of tissue and other parts from aborted babies of gestational age 6-42 weeks. In particular, the University of Pittsburgh project emphasised recording the “warm ischemic time on our samples and taking steps to keep it at a minimum to ensure the highest quality biological specimens”.

This suggests, as CMP notes, that the time between abortion and organ harvesting is minimal. An opinion confirmed by many professionals. Among them Dr Ronna Jurow, a gynaecologist who defines herself as pro-choice and with a past at Planned Parenthood; Jurow, on the basis of statements in the University of Pittsburgh's draft and subsequent statements by one of its spokesmen (David Seldin), told Fox News that “there’s no question” that the foetus would be alive during tissue collection. For Kathi Aultman, a former abortionist and now pro-life gynaecologist, in agreement with the words on ischaemic time, “the baby’s going to have to be born alive or killed immediately prior to delivery”.  Another doctor, Christina Francis, president of the American Association of Pro-Life Gynecologists, argues: “If it says ischemia time starts after tissue collection, that means that the baby is still alive at the time that they’re harvesting the tissue”. A barbarity that Francis likens to the practices of the infamous Kermit Gosnell.

More than 90 Republican members of parliament have signed a letter, dated 21 September 2021, asking the relevant authorities to investigate the abortion procedures used in research at the University of Pittsburgh, in particular the possibility that organs have been extracted from babies born alive - after an induced abortion - and that this extraction was “the cause of death”.

Experiments of this kind at the University of Pittsburgh have almost a century of history, as CMP founder David Daleiden recalled about the work of Dr Davenport Hooker, who “actually filmed his experiments in the 1930s to 1950s testing the reflexes of babies aborted alive until they died – the films are available on YouTube”.

The University of Pittsburgh has tried to extricate itself by commissioning a legal review of its practices from the firm Hyman, Phelps and McNamara, which on the one hand concludes that the university's activities on “research involving human fetal tissue”  are in compliance with the law, but on the other hand warns that its legal review is limited to areas where the university itself has direct responsibility and therefore does not cover “clinical decision-making or the provision of medical care, such as abortion [sic!], by individuals serving in their capacity as University of Pittsburgh Medical Center (UPMC) employees”, a private entity that does not depend on the public university from which it derives its name.

Clearly, therefore, the question remains open. However, there is a murky connection: “Planned Parenthood’s abortion providers are on staff at the University of Pittsburgh and perform abortions at UPMC to obtain fetuses for the university's experiments”, says Daleiden, who is known to have documented a systematic buying and selling of aborted baby parts in recent years. Moreover, formal compliance with the law is not synonymous with morality: the fact that induced abortion is permitted by law does not eliminate the sin, nor the ethical problems - albeit with different levels of responsibility - of its 'fruits'.

In this regard, it should be remembered that with the Biden presidency there has been a reversal of the policies adopted by Trump. In April 2021, the HHS reversed the decision of two years earlier to make the granting of funds to extramural projects on foetal tissue subject to the evaluation of an ethics committee.

In addition, as reconstructed in early February by White Coat Waste, a group that opposes animal testing, the National Institutes of Health (NIH) plan to spend $88 million on foetal human tissue research this year. Of that, $27 million has already been allocated to ongoing research, with 80% ($21.6 million) coming from the department headed by Anthony Fauci, the National Institute of Allergy and Infectious Diseases (NIAID). Among the experiments is the transplantation of organs from aborted babies to mice. In particular, in one of Fauci's NIAID-funded experiments at the University of North Carolina at Chapel Hill, “mice were implanted with minced pieces of fetal bone marrow, liver and thymus to make their bodies mimic the human immune system”. Also sadly notorious is the experiment at the University of Pittsburgh on the scalps of aborted babies transplanted onto mice.

Not only is this research immoral, it is not even necessary. Charlotte Lozier Institute vice-president David Prentice, who has a doctorate in biochemistry, told the National Catholic Register that such experiments are “antiquated science”, when “there are better and certainly ethical techniques nowadays, such as using adult stem cells”. Prentice believes that the problem with these multimillion-dollar NIH (agency reporting to the Department of Health) grants is that they are used to this kind of research, at least when the Democratic Party is in power, and that “they think abortion is fine, so they see no problem”. Added to this is the “convenience”, as Daleiden points out, “of having an ‘assembly line’ supply of fresh, living human biological ‘material’ for commercial and experimental use”.

This serves as a reminder that if any pharmaceutical, cosmetic or food product - designed, made and/or tested using cell lines derived from aborted babies - is used, there is always at least some remote cooperation in the evil and also cooperation in the marketing (e.g. see the 2005 PAV document). If even a large proportion of Catholics have stopped opposing this kind of system, it is clear that the institutions, the abortion industry and the companies that feed it are unlikely to change their line.