For over a year, Britain has been planning rules and measures to stop illegal immigration and has signed a special agreement to this effect with the Rwandan government. Criticism immediately poured in from France, Amnesty International, and UNHCR, the UN refugee agency. And yet the real problem to be solved does not feature among any of those alleged. 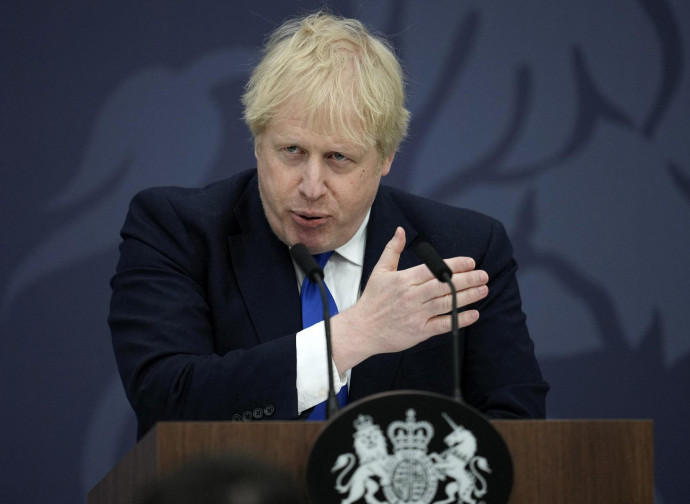 For more than a year, Great Britain has been planning rules and measures to stop illegal immigration: a reinforcement of the Border Force and new tactics to intercept, stop, and force illegal boats to turn back; an immigration law that envisages criminal charges for migrants who arrive in the country deliberately without documents, and prison sentences of up to life imprisonment for those who work in organisations that manage illegal travel; and the creation abroad, not on British soil, of reception centres for asylum seekers.

Criticism immediately poured in: from France, which London accuses of not playing its part by monitoring the coasts from which the boats leave; from Amnesty International, which states that people have the right to seek asylum in Britain and "make dangerous journeys by relying on organisations of human smugglers because there are no safe alternatives"; from UNHCR, the UN refugee agency, which says that although in 2021 asylum requests have more than doubled compared to 2020, they are still "limited": only 48,540.

These and other criticisms have not deterred Boris Johnson's government, which on 14 April announced that it had signed an agreement with the Rwandan government to transfer asylum seekers to them while their cases are examined. The measure will particularly affect single men, who, also in Britain, comprise the majority of illegal migrants. Those arriving from 1 January 2022 may be transported to the African country where their asylum claims are duly processed. In the meantime, they will be housed in appropriate facilities, free to leave and re-enter as they wish (i.e. not closed refugee camps). Successful asylum seekers will receive financial and additional support from the UK government for five years to help them integrate into the economic and social life of the country. Those whose claims are rejected will be able to apply to remain in Rwanda on another basis, or will be transferred to their countries of origin or other states where they have a right to reside.

Within a few weeks the first asylum seekers may be transferred. The project, for which £120 million has been earmarked, is about to become operational despite having raised many predictable criticisms. More than 160 NGOs and associations have written an open letter to Home Secretary Priti Patel asking her to cancel the “shamefully cruel” project, which they say will increase, not decrease, dangerous illegal travel. The Archbishop of Canterbury, Justin Welby, argued "the weight of our national responsibility as a country formed on Christian values" and called the project "contrary to the nature of God". Members of the opposition parties also opposed the project, supported in part by Home Office Undersecretary Matthew Rycroft, who said that the project would not necessarily deter illegal immigration, and that proof of its effectiveness is required.

Minister Patel replied that she takes full responsibility for the project, which will therefore go ahead. However, none of the critics recognise the real problem; i.e., most asylum seekers, in Britain as elsewhere, are people who claim to be refugees fleeing threats to their lives and freedom in order not to be turned away because they have chosen illegal routes to emigrate. The most effective deterrent is to show that only genuine refugees can hope to stay. The current situation in Greece and Italy proves this.

Greece was forced to take in hundreds of thousands of asylum seekers until the government enacted strict measures against illegal immigration in 2019, with numerous justified rejections, which drastically reduced arrivals. In contrast, landings in Italy have continued to increase since 2019. Since the beginning of the year, there have been 10,395 arrivals: three times more than in the same period in 2020 and almost 1,500 more than in 2021. In contrast, 1,270 people entered Greece by sea and 1,413 by land.

For years, Italy has in fact been the preferred destination of illegal migrants reaching Europe. No doubt one of the reasons, perhaps the main one, is the increasing number of people who are allowed to stay, which cannot be explained by considering the countries of origin. Of the 25 countries from which most illegal migrants come, only Venezuela, Afghanistan, and limited areas of certain countries are in situations that might make an asylum request plausible; certainly the need for international protection is not justified for those coming from Tunisia, Pakistan, Egypt, Ivory Coast, Morocco, Gambia, Senegal, Bangladesh and other countries.

However, in 2021, 44 percent of the 56,388 applications examined were granted, almost double the number in 2020: 15 percent of asylum seekers were granted refugee status, 17 percent subsidiary protection, 12 percent special protection. To these figures should be added the number of cases won by migrants whose applications had been rejected and who decided to appeal to the Supreme Court, taking advantage of legal aid.