A chilling letter from the Royal London Hospital to the comatose 12-year-old boy’s parents, details the step-by-step procedure by which their son will be killed. It permits them to hold him closely as he dies. It’s barbarism dressed in compassion. Only a last-minute intervention by the British government, already urged by the UN, can stop the judges' ruling being implemented. 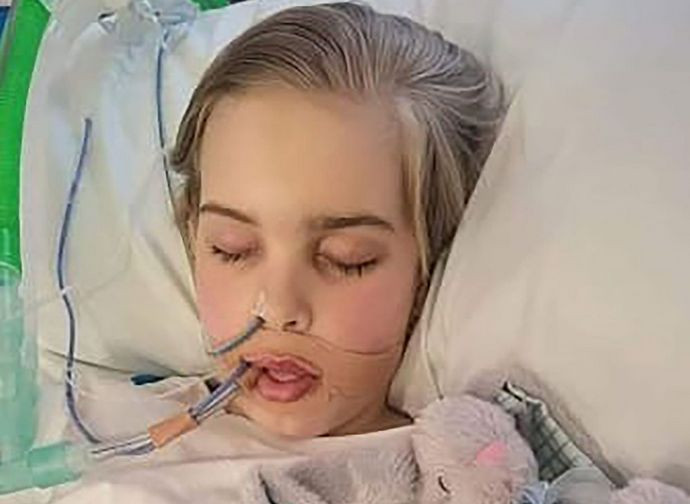 Dear Parents, we wish to inform you that we intend to proceed with killing your son, Archie Battersbee, on Monday 1 August at 2pm (today). We understand being present to watch your son being killed will be very “difficult and painful” for you, so to demonstrate our empathy “immediate family may be present” at his death and you may “have him in your arms” while Archie dies.

This is the essence of the electronically signed letter that Hollie Dance and Paul Battersbee, received from Barts Health NHS Trust on Saturday 30 July. They are Archie’s parents, the 12-year-old found unconscious with a ligature around his neck in what is believed to be a tragic accident last April. He has been in a coma ever since. His doctors argue, his brain injury is so severe, it is in his “best interests” to have a hospital “planned death”. In fact, the letter they received from the hospital, is a step by step guide to a “planned death”, itemised in 16 points. A methodically detailed set of instructions for a death sentence: highly efficient, cruelly effective, barbarism dressed in compassion.

The Daily Compass spoke to Hollie Dance on Sunday morning, 31 July. She commented on the hospital’s letter, as “cruel and wrong”. In one particularly insensitive part it reads, “during treatment withdrawal, only “parents and siblings” can be present and a list of “this group needs to be agreed by the hospital prior to the process beginning”. Another callous part invites them to inform the hospital, after Archie has died, whether they will wash him or want the hospital to help, or if they want “foot/handprints or keep locks of hair prior to or after withdrawal”. And throughout the proceedings, “a doctor will assess Archie regularly to confirm that the heart has stopped beating”. This apparently is “to preserve Archie’s dignity whilst supporting you as a family throughout the process”.

Curiously, the letter was delivered exactly one day after the United Nations UN Committee on the Rights of Persons With Disabilities (UN CRPD) sent an urgent “interim measures” injunction to the UK government stating Archie’s treatment should be continued while the committee considers his case.

Hollie Dance and Paul Battersbee had made that “last ditch” application to the UN after their legal challenge in the UK Courts failed. In a letter, the chief of the UN's Human Rights Treaties Branch, Ibrahim Salama, said it had "requested the state party (the government) to refrain from withdrawing life-preserving medical treatment, including mechanical ventilation and artificial nutrition and hydration, from the alleged victim while the case is under consideration by the committee". The UK Government Legal Department responded late Sunday afternoon, 31 July by referring the case back to the Family Division of the High Court for ‘urgent consideration.’ The dramatic last minute twist in Archie’s legal battle will most likely be considered by an out-of-hours duty judge. Archie’s fate could be decided within hours.

This latest news must come as a tough blow to Barts Hospital Trust. They have been trying to end Archie’s short life since they took the family to court last 26 April. In a phone call with the Daily Compass on Sunday morning, 31 July, Mollie Downing, speaking on behalf of the Trust, explained the hospital is not bound by the UN initiative. According to the Trust, the UN injunction has no jurisdiction over the Royal London Hospital which is “bound by Mr Justice Hayden’s ruling of 15 July”. She explained that the matter is now between the UN and UK government and to delay withdrawing Archie’s life-support requires the UK government to obtain a new court order to that effect. Until that is done, doctors are legally required to apply the existing court order as it stands.

This is what prompted Hollie’s legal team to write to Stephen Barclay, the Secretary of State for Health and Social Care to explain the trust intended to "proceed to remove life support from Archie as early as on Monday 1 August". "If this happens, this will be an extraordinary cruelty, and a flagrant breach of Archie's rights as a disabled person," Hollie said. "Archie is entitled to have the decisions about his life and death, taken by the NHS and UK courts, to be scrutinised by an international human rights body." The Department for Health and Social Care responded by saying: "We have received the letter and will respond in due course." Later Hollie said, 'we are relieved that the government has taken the UN’s intervention seriously. This was not a "request" but an interim measures injunction from the UN.' 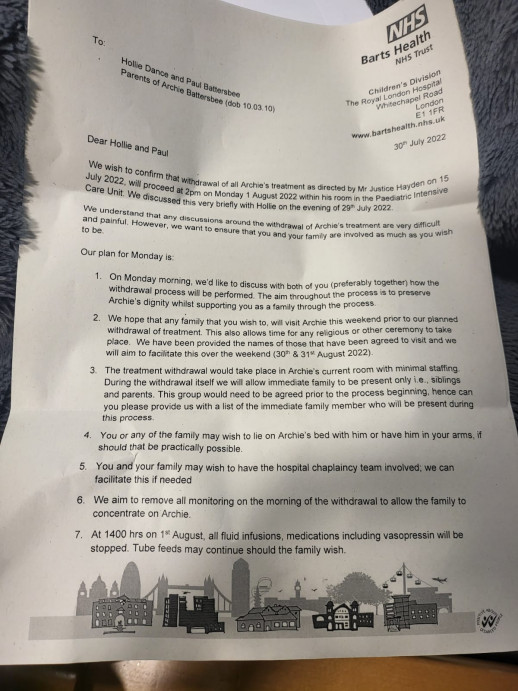 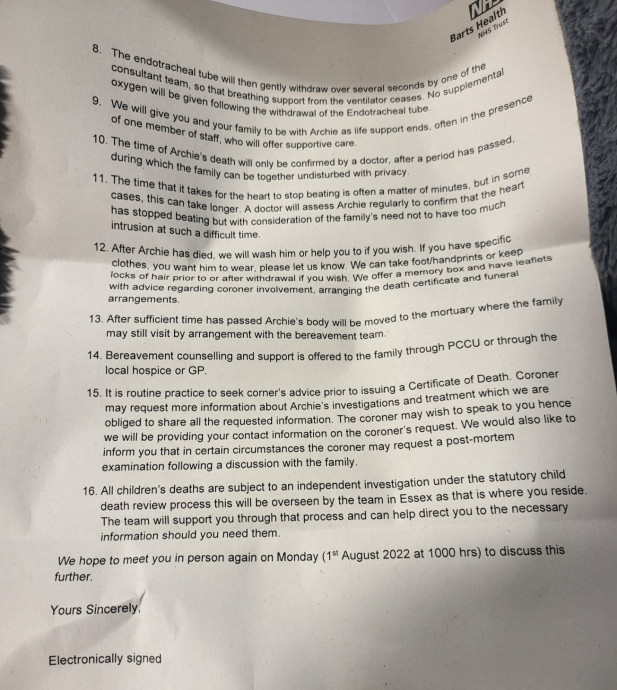