Archie Battersbee gets thumbs down from judge, Mum vows: “I won’t give up”

The ruling at the High Court in London on 15 July, once again favours the doctors at the Royal London Hospital who want to remove the12-year-old’s life-support, in a coma after a domestic accident. The family is ready to begin a new appeal, but in the meantime a judge has tried to stretch the standard for brain death and another to limit the criteria for "best interests". 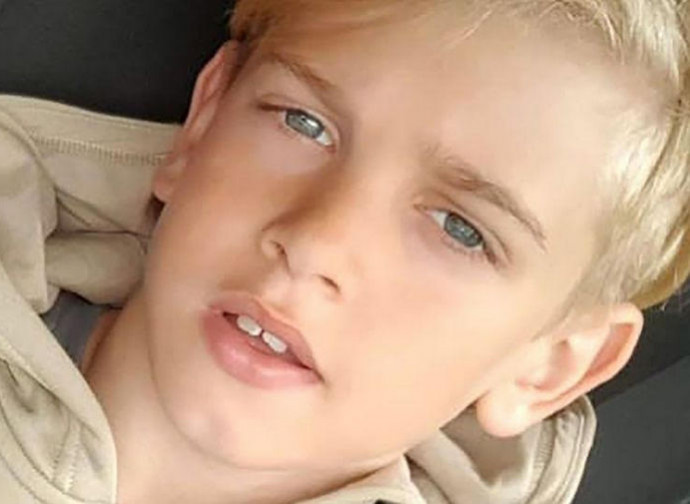 Continuing treatment is “futile, it serves only to protract his [Archie Battersbee] death, whilst being unable to prolong his life,”. With this statement, Mr Justice Hayden ruled in favour of Barts Health NHS Trust at the High Court in London, on 15 July. It’s the second time doctors caring for Archie Battersbee, 12, at the Royal London Hospital, have requested and obtained legal permission to stop his life-support treatment in the name of “best interests”. But it’s been public knowledge for some time now that this “predictable” judgement would not resolve the legal altercation between the two parties.

Archie’s family had already declared days before the hearing ended, in the case of a negative judgement, they intended to challenge to Mr Justice Hayden’s decision in the Court of Appeal. Speaking outside court after the hearing, Hollie Dance, Archie’s mother said, “As long as Archie is fighting for his life, I cannot betray him. Until Archie gives up, I won’t give up.”. “We disagree with the idea of dignity in death. Enforcing it on us and hastening his death for that purpose is profoundly cruel.” The case presents a scenario similar to notorious cases like Alfie Evans and Charlie Gard, peculiar to the UK, in which doctors seek legal permission in the name of “best interests” to remove a child’s life-sustaining treatment over parental objections.

This is a summary of the story so far. Archie Battersbee suffered a severe brain injury at his home on 7 April which left him in a coma. Since then his family and doctors have battled in court over his treatment.
From day 3, doctors at the Royal London Hospital had argued that Archie is “highly likely” brain stem dead due to his injuries. The case went to court when the family refused doctors permission to carry out potentially lethal brain-stem death tests to prove he was dead.

On 13 June, Justice Arbuthnot ruled that Archie had died on the day of his MRI scan on 31 May and that his life support treatment could lawfully be suspended. On 29 June, three judges on the Court of Appeal ruled the case should be reconsidered by a different High Court judge on 11 July. The appeal court judges found that the standard of proof applied for the "declaration of death" in the previous hearing had been too low and that the medical evidence produced in the trial had not shown “beyond reasonable doubt” that Archie had indeed died on 31 May. They requested that Mr Justice Hayden hear a “best interests” trial to decide whether Archie should live or die. Mr Justice Hayden is best known for presiding over the 2018 case of 1-year-old Alfie Evans where he ruled it was in Alfie’s best interests to remove life-support. In keeping with most cases of this kind, he sided with the doctors against the parents in this case as well and ordered Archie’s life-support be withdrawn, on 15 July.

While it can be argued that there are a number of cultural and ideological reasons which explain the familiar pattern end of life cases follow in the UK, the way the Archie Battersbee case has been conducted is novel. In this case, doctors and lawyers representing Barts Health NHS Trust, made an attempt to stretch the definition of death. They also glossed over some factors stated in the guidance for doctors assessing best interests when they made a decision to withdraw life-support. Whereas, these specific factors gave considerable strength to the family’s argument that Archie should be allowed to continue receiving treatment.

In the first hearing, Justice Arbuthnot had ruled that Archie had died on the day of his MRI scan on 31 May. Her decision was based on the opinion of doctors that it was “likely or very likely” that Archie was brain stem dead rather than on the Code of Practice which requires brain stem tests are carried out to decide if a patient is brain dead. As these tests were never completed, Archie’s death was not established by the standards of the Code whereby death is determined beyond reasonable doubt. Moreover, if this ruling had not been overturned in the Court of Appeal, an alarming precedent of death on a “balance of probabilities” would have been established.

In the second hearing, Mr Justice Hayden ruled that Archie’s life support could be stopped because it was not in his best interests to live. He said medical evidence had shown that improvement in Archie’s condition was “not possible” and there was “no hope at all of recovery”. This judgement is also worrisome as the balance of factors considered to reach this decision leans heavily to one side: the presumption that death is preferable to life.

Archie Battersbee’s family are convinced of the contrary: Archie wants to live. Doctors make the claim that his life-support treatment is “burdensome”. Instead, Hollie Dance, who keeps a 24 hour vigil by her son’s bedside, has frequently posted photos of her son’s patient monitor showing he is “stable” and “not experiencing pain or suffering as a result of his treatment”. There is also nothing to demonstrate Archie’s treatment is futile. Archie has gained weight, his heart is still beating and his organs functioning. Nor, as the doctors claim maintaining his life-support  is “contrary to dignity”. This disregards Archie previous statement to his mother that “in the case of an accident, he would want to receive life-sustaining treatment to remain with her and the rest of the family”. The judgement also fails to take his religious beliefs in to account. Hollie told the court, “Archie would feel it is only for God to come and take him out of this world when the time is right for that”.

Moreover, Mr Justice Hayden’s ruling expresses a conspicuous prejudice that unconscious or minimally conscious patients are incapable of obtaining any benefit from life or that their life has any value. Above all, with this value-laden judgment he has concluded it’s morally and legally acceptable to suppress a life.

Every single end of life case is a sad reminder of the legal challenges and the tremendous suffering each family has to go through in the desperate fight to save the life of a loved one. But the goal that unites all of them is the same. In the words of Hollie Dance, “there must be change in the NHS and in the court system before another family has to go through what we have ... we ask for your prayers and support”.