Ancient Mass, another axe in the answers to the dubia

The Congregation for Divine Worship has published the Responsa ad dubia on the interpretation of Traditionis Custodes: further restrictions, with respect to Pope Francis' motu proprio, on the Sacraments, an ultimatum for those who do not want to concelebrate, and the centralisation of decisions (to the detriment of the bishops). In short, they want to bury the traditional Latin Mass. 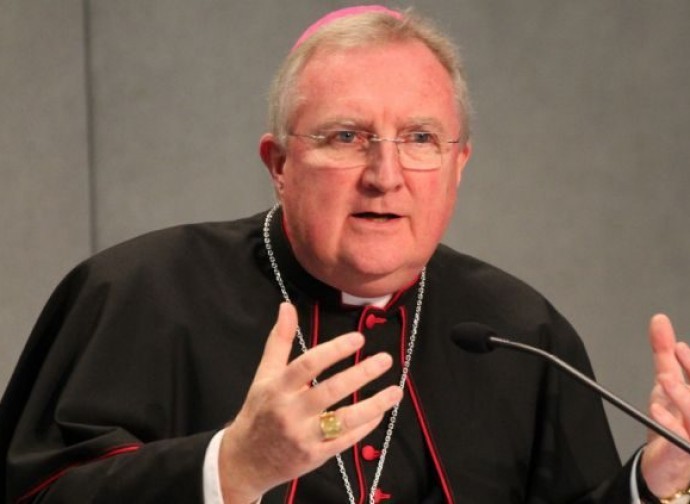 There are dubia and then there are dubia. To the former, raised by four ordinary cardinals, whose names and surnames are well known, it was decided not to give a response: the risk of bringing out hidden heresy is too high. Whereas, Monsignor Arthur Roche, the new Prefect of the Congregation for Divine Worship, and his cohorts, can’t wait to answer to the second question, raised by who knows who.

The content of the Responsa ad dubia on the interpretation of the motu proprio Traditionis Custodes can be easily summarised: everything concerning the traditional Latin Mass is forbidden, except for the few things that are explicitly authorised; obviously a little at a time. The Pontificale Romanum, which contains, among other things, the rites for the administration of Confirmation and Holy Orders, can no longer be used. The Rituale Romanum, which contains the rites of Baptism, Confession, Anointing of the Sick, but also exorcism and countless blessings, can only be authorised by the bishop in canonically erected personal parishes.

For the use of the Missale Romanum of 1962, further restrictions emerge, regarding the slimming diet imposed by the motu proprio. If the bishop is not able to find a church or oratory for the celebration of the Latin Mass, he may authorise the celebration in a parish church, but only on the condition that the "Tridentines" are treated as pariahs: "Such a celebration - explains Roche - is not appropriate to be included in the schedule of parish Masses, since it is attended only by the faithful belonging to the group. Lastly, it should not coincide with the pastoral activities of the parish community". In short, if there is a charity lucky dip in the parish, the Latin Mass cannot be celebrated. And, in any case, Roche imposes a sort of "facial recognition", since only "members of the group" will be able to participate in the dreaded Mass. It is not clear whether an intruder should be removed and how. What is the reason for this apartheid regime? There is no "intention to marginalise the faithful who are rooted in the previous celebratory form", perjures Roche, but only the desire "to remind them that this is a concession to provide for their good (in view of the common use of the one lex orandi of the Roman Rite) and not an opportunity to promote the previous rite". In other words, we do not wish to marginalise you, but simply to extinguish you.

And that's not all. A priest who does not want to concelebrate, particularly at the Chrism Mass, will have his concession to celebrate the Latin Mass revoked. It appears, the text seems to be limited to those who do not recognise the validity and legitimacy of concelebration; but the Explanatory Note states that "the explicit desire not to participate in concelebration, particularly at the Chrism Mass, seems to express a lack both of acceptance of the liturgical reform and of ecclesial communion with the Bishop". In reality, Canon Law defends the freedom of the priest to celebrate the Eucharist alone (canon 902), clearly showing that concelebration is simply a possibility (sacerdotes Eucharistiam concelebrare possunt) and not an obligation. On closer inspection, this is not even a recommendation, which was explicitly avoided in the final version of the Code. A recommendation did in fact appear in the 1980 outline, but it was removed because it did not conform to the liturgical Constitution Sacrosanctum Concilium (n. 57). But since it seems to Roche that the refusal to concelebrate manifests the non-acceptance of the liturgical reform and a break with the bishop, the priest can be blackmailed: either you concelebrate or you no longer have permission to celebrate the traditional Latin Mass.

Another glaring example of inclusiveness: "The parish priest or chaplain who [...] celebrates on weekdays with the current Missale Romanum, the only expression of the lex orandi of the Roman Rite, may not binate by celebrating with the Missale Romanum of 1962, either with a group or privately". Roche explicitly excludes that the need of the faithful to be able to participate in the celebration of the Latin Mass is to be considered a "just cause" or a "pastoral necessity", foreseen by canon 905 as conditions for authorising bination, since "the right of the faithful to the celebration of the Eucharist is in no way denied since the possibility of participating in the Eucharist in the current ritual form is offered”. This is a ploy to stop most parish priests from celebrating in the Latin Mass, because every parish priest celebrates daily for the faithful in the 'new' Rite.

The answers reiterate that priests ordained after the publication of Traditionis Custodes (16 July 2021) need the authorisation of the Congregation for Divine Worship to celebrate the Latin Mass, specifying that "this is not a simple consultative opinion, but a necessary authorisation given to the diocesan bishop". The reason? The bishop is either incompetent or a friend of the traditionalists, which in "curialese" sounds like this: "This norm is intended to offer help to the diocesan bishop in evaluating such a request: his discernment will be taken into due consideration by the Congregation for Divine Worship and the Discipline of the Sacraments".

The moral of the story is that they want to bury us alive. And perhaps "burial" should be accepted as an indication of Providence. On the other hand, it is well known that Caiaphas also prophesied. Public positions must be maintained as much as possible, certainly. But at the same time we must create and strengthen the network of underground Masses, make the Latin Mass known, talk about it, so that others learn to love its peculiarity. The river that they wanted to bury will increase its waters, until it will powerfully return to the surface, taking up again that course that has always been its own and that some ‘clever’ person thought they could divert or make disappear underground.

My baker - forgive the personal reference - is "colonising" the Bologna area with his shops. With his exquisite products he speaks of “the tradition that helps us think about the future” (quote from the leaflet presenting the latest artisan bread he has created). They, the artisans, have understood this: it is tradition that succeeds, it is tradition that opens up the future. I will ask them to open a shop in Piazza Pio XII, in Rome, next to the Congregation: who knows, maybe someone will get the message.