After the Altar, the Throne. The sad decline of Royalty 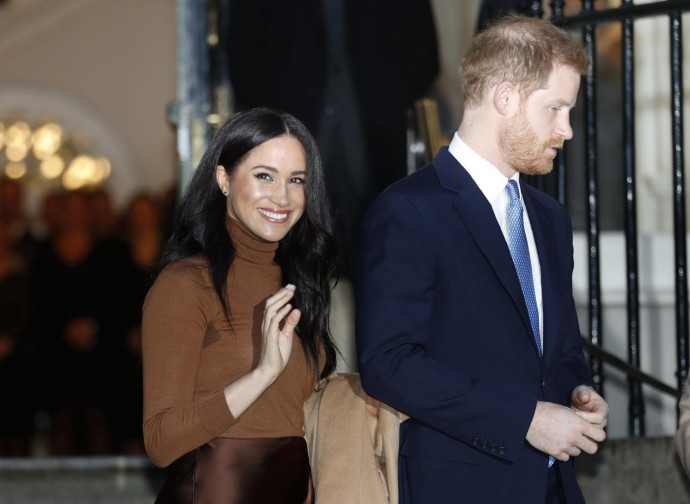 In Great Britain these days the one topic of conversation is so-called Megxit, i.e. the decision of the Duke and Duchess of Sussex, born Harry and Meghan, to renounce their role in the Royal Family. This story in the British tabloids is outdoing interest in the Brexit process, or the increasingly pressing demands from the Scottish independence supporters for a new referendum, the formation of the new Government in Northern Ireland or the sudden crisis of Government in the Republic of Ireland that led to the forthcoming early parliamentary elections on 8th February. The news of the day is the crisis in the Royal Family.

The facts are fairly well known: the second son of the heir to the throne of England tweets his and his wife’s “resignation” as members of the Royal Family. They literally write: “We intend to step back as ‘senior’ members of the Royal Family”. A rather curious turn of phrase. In fact, Queen Elizabeth’s grandson gives notice of his decision, which is sensational, historic and bound to provoke discussion, as if he were resigning from a golf or bridge club of which he is a ‘senior’ member, or in this case a ‘leading’ member.

The media are having a field day with this gold nugget, highlighting the provocative and libertarian character of the choice, obviously focusing the spotlight on the more glamorous half of the couple, the American Meghan Markle. The result is a huge uproar that could have considerable publicity repercussions for the couple who have chosen to take this “step back” with respect to their role and institutional tasks and to move lock, stock and barrel to Canada, the Commonwealth country closest to the United States. In the past few days - not by chance - Meghan has announced that she has signed a voiceover contract for Disney, in exchange for a donation to an organization that deals with the protection of elephants. The Duchess of Sussex, according to British media reports, recorded the voiceover before her departure with Prince Harry for Canada.

The donation will go to Elephants Without Borders, an environmental organisation that fights poaching. According to The Times, the deal with Disney could be an indication of the future commitments of Megan, who, together with Prince Harry, could aim to exploit her celebrity status in the entertainment world.

After the initial shock, the Queen herself took control of the crisis unit by convening a summit at the royal residence in Sandringham, Norfolk. The summit - deserted by Meghan - which seemed to lead to sanctions by the Sovereign against the royal rebels, eventually resulted in this statement by the Queen: “Today my family had a very constructive discussion about the future of my grandson and his family. We are entirely supportive of Harry and Meghan’s desire to create a new life for themselves as a young family. Although we would have preferred them to remain full-time members of the Royal Family, we respect and understand their desire to live a more independent life while remaining an important part of my family”.

In the Buckingham Palace announcement, Queen Elizabeth goes on to say that “Harry and Meghan have made it clear that they do not intend to depend on public funds in their new life. That is why it has been decided that there will be a transitional period in which the Duke and Duchess of Sussex will spend time in Canada and the United Kingdom”.

In short, on balance the State coffers will do well, and the ninety year-old sovereign has shown her subjects a sympathetic and benevolent face, decidedly in step with the times. No crisis, then, for one of the oldest institutions in the world, the Crown of England? On the contrary: this affair shows that the English Monarchy is drawing closer to it ignominious end.

The crisis of the Throne is the result of religious disorientation. Catholic Doctrine affirms that, at the act of Baptism, the Christian is cloaked in the three “offices” that emanate from Christ Himself: Priest, King and Prophet. These offices are infused upon all the faithful, but they have always been eminently fulfilled by persons called to hold a specific function. This royal function has always been a necessary complement and a pillar of the People of God.

In Christianity Kingship is the function of “ordering the world” in accordance with the Logos, with the divine law and harmony, with the message of the Gospel.

Kingship is the “transmission belt”, the instrument through which Christ’s message radiates effectively into the world, the means by which the world no longer remains a “profane world”: a world secularised and far from God, but for which it is redeemed and brought back to its Creator even in the most earthly expressions.

From this point of view, it is evident that the decline or even the disappearance of the regal function, eminently exercised, has been the main cause of the general decline of Christianity in recent centuries, as well as of the waning, which today would seem to be irreversible, of its power as a “transmitter of civilisation”.

The “step back” of the Duke of Sussex represents a real desertion from this task. The Queen was obviously aware of this, but she was unable and unwilling to do anything to prevent it. We are in a time of hyper do-goodery, and so - to paraphrase one of the most beautiful phrases of the Star Wars Saga - the Monarchy dies amid a roar of applause, and with it the institution’s role of service.