Africa looks to the Chinese model. Not a good example

Africa wants China as a partner because it expects nothing in terms of transparency and human rights. Now the African Union is pointing to China as a model for development. This is not a good example: China is still a poor (as well as repressed) country. On the other hand, the major Chinese investments in Africa risk being lost in collapsing states. 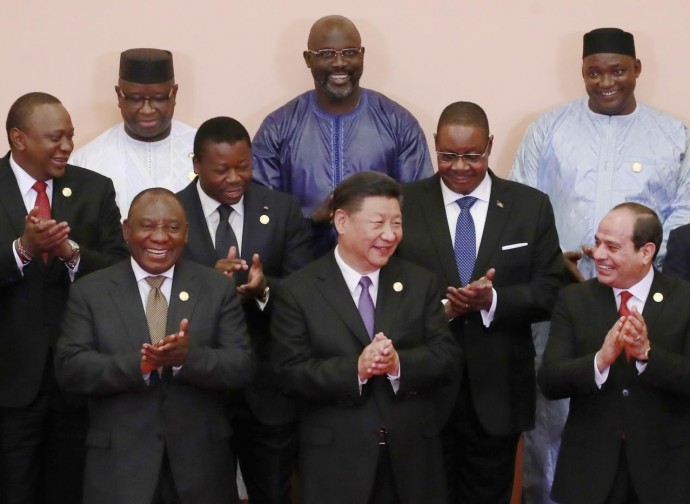 Africa has long since chosen China. From the very beginning, Africans appreciated the fact that China did not stipulate conditions for granting loans and financing. "China” - reiterated Chinese President Xi Jinping while inaugurating the 7th Forum on China-Africa Cooperation in Beijing in 2018, an event held every three years since 2000 – “does not intend to interfere in the internal affairs of Africa or impose its will”. This is exactly what African heads of state and government want: no criticism for human rights violations, for democratic institutions reduced to simulacra.

Now, however, they claim to appreciate not only China's "discretion", but also the development model that has defeated poverty, as announced last February by President Xi Jinping, and they seem intent on adopting it. This was emphatically stated by participants at a high-level virtual seminar held on June 22, entitled "China's model for poverty reduction in support of the African Union's Agenda 2063," an event organized by the UN Economic Commission for Africa (UNECA), the China Mission to the African Union and the China-Africa Institute.

In his speech, AU Commissioner for Trade and Industry Albert Muchanga congratulated the Chinese Communist Party and the Chinese people for having eradicated poverty: "The Chinese model” - he said – “shows that strong, sustainable inclusive development is decisive in reducing poverty. China and Africa must undertake a strategic program of cooperation for poverty reduction in Africa, building on the Chinese experience and efforts undertaken". Recalling that the AU 2063 Agenda prescribes that African economies grow at a minimum of 7% per year starting in 2023, Muchanga stressed the AU's firm intention to pursue this result through partnership with China. He concluded by affirming that in order to reduce poverty, strong commitment and political will are also needed, and this is what Africa also needs.

A month earlier, on the occasion of Africa Day which falls on May 25, and celebrates the founding in 1963 of the Organization of African Unity (since 2002, the African Union), Chinese Foreign Minister Wang Yi had solemnly reaffirmed the ties between China and Africa: "We have fought side by side” - he said – “in the great struggle to win independence and protect our dignity. We have collaborated in the search for economic development and a better life for our peoples". We will continue to do so, he promised, united against "the unilateralism, protectionism, and acts of arrogance that have undermined international equity and justice, and the shared interests of developing countries."

Before deciding to adopt the "Chinese model", however, African leaders would do well to take their time, first and foremost to ensure that it has really worked. Despite being an emerging country placed on the Human Development Index among countries with a high level of development, China, in order to determine the economic position of its population, continues to apply the parameters established by the World Bank for the poorest countries, parameters that set the poverty line at 1.90 dollars per day per person. Demonstrating progress using these benchmarks is one of the reasons why many observers question China's successes. Indeed, according to economist Indermit Gill of the Brookings Institution, "in 2021, measuring China's progress using the official benchmarks of poorer countries is tantamount to declaring that it has failed." If the definition of "better life" is to include, as is necessary, fundamental parameters such as respect for personal freedoms, protection of human rights and absence of discrimination, then further doubts arise about the validity, as well as the effectiveness, of the "Chinese model".

The impression so far is that of an alliance between Beijing and African governments to irresponsibly exploit the natural resources of the continent at the cost of environmental damage- to fauna, flora, land and water- that is incalculable and sometimes without remedy. Equally irresponsible is the nonchalance with which they negotiate billion-dollar loans. It is estimated that between 2000 and 2017, China lent African countries around 143 billion dollars, most of which earmarked for major infrastructure projects, and in the meantime has become the continent's leading economic partner.

The Chinese government magnifies the positive effects of its now decades-long presence in Africa. But the countries that have established the closest and, on paper, most profitable alliances with China are in critical, desperate conditions: Ethiopia, South Sudan and the Central African Republic, overwhelmed by wars for control of the state and its resources, made so ferocious by tribalism, fanning fears that  new cases of genocide and ethnic cleansing may erupt. In Ethiopia the conflict began in November 2020, in South Sudan in 2013, in the Central African Republic in 2012. Regarding Central Africa alone, the Chinese government heralds the great benefits brought to the country: industrial development, health, peace and security ... maybe so, but in some parallel universe.