Absolute power to Xi Jinping, only the Vatican does not notice

The conclusion of the XX Congress of the Chinese Communist Party, marking the total centralisation of power in the hands of Xi Jinping, goes well beyond expectations. Xi prepares for conflict, targets Taiwan and only appoints his loyalists: the priority is no longer the economy but his power and the modernisation of the army. It’s a clear message for the Holy See, which has just announced the renewal of the Agreement for the appointment of bishops, interference will not be tolerated. 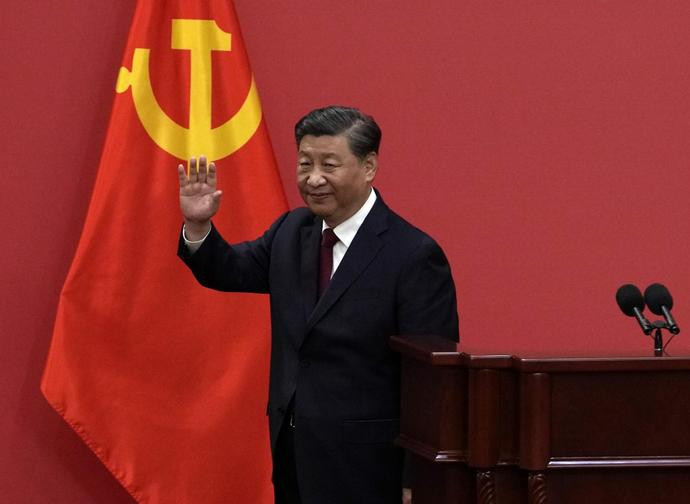 The strengthening of power in the hands of Xi Jinping alone, is not very reassuring news, but the way it occurred at the end of the XX Congress of the Chinese Communist Party is deeply worrying and heralds turbulent times. It also foreshadows serious repercussions for the Church in China.

But let's consider first things first: on Saturday 22 October the Congress of the Communist Party, which began on 17 October, ended with the obvious reconfirmation of XI Jinping as the party secretariat for a third term, something that has never happened since Mao Zedong. But his election is accompanied by a political tightening and a centralisation of power under his control that goes well beyond expectations.

Regarding this, there was the unscheduled event in which his predecessor Hu Jintao, seated to his left, was invited and then accompanied outside by two officials during the final session, while Xi avoids acknowledging the scene. Although the official version of Hu's illness was subsequently released, the video of the scene (not broadcast on Chinese TV) gives a completely different impression, with the former president even managing to say a few words to Xi as he is taken away.

It’s a humiliation that serves as an aperitif for the appointments to the Central Committee of the Party and above all to the Permanent Commission of the Politburo, announced yesterday. Of the six members of the Standing Commission, in addition to Xi Jinping, who will lead China for the next 5 years, only two remain on the Commission: the others were all replaced by Xi's loyal men, regardless of their experience and expertise. The replacement of the premier is also a demonstration of this: in place of Li Keqiang, who will no longer even sit on the Central Committee, comes the party secretary in Shanghai, Li Qiang. He was responsible for the long, dramatic total lockdown in Shanghai last spring, which created enormous food problems (and not only) to the 25 million inhabitants. It was also evident from the speeches and amendments to the Party's Constitution that the only truly fundamental thing for the near future will be total obedience to Xi Jinping, a return to Maoism but with a much more powerful and influential China on the international stage.

Economic development and specific skills therefore take a back seat, because the latest international developments and the question of Taiwan's status, for the Chinese leader herald very turbulent times that require political unity and an increasingly efficient military capability. This is also understood by Xi's long report to Congress which - as the New York Times notes - omitted the two expressions that have always recurred in the reports of successive leaders in recent decades, including Xi: China "is in a period of important strategic opportunities "; and "peace and development remain the themes of this time". The meaning was clear, namely that no real conflict risks were foreseen and therefore China could focus on economic growth and strengthening its international position. The situation has clearly changed in recent months, especially with the invasion of Ukraine by Russia and the involvement of the West, and Xi Jinping warns of the arrival of "dangerous storms" and is preparing for this. The inclusion in the Party's Constitution of the "resolute opposition to discourage separatists seeking 'Taiwan independence'" makes it clear where another international crisis could originate.

Therefore, the new leadership of the CCP is preparing for a season of conflicts, including military (the modernisation of the army and the indoctrination of its officials are a priority), and for this reason it places total loyalty and obedience to Xi Jinping as the fundamental requirement to enter the halls of power. Any form of dissent, even disguised, is prohibited. Paradoxically, this could also prove to be the new Emperor’s weakness, because losing economic competence, above all limiting freedom even further, could undermine the very growth that in recent years has allowed internal tensions to be kept at bay.

In any case, the increasingly totalitarian evolution of the Chinese leadership throws an even more sinister light on the agreement between China and the Holy See for the appointment of bishops, whose renewal for another two years was just officially announced on 22 October. Is it reasonable to think that leader Xi Jinping will eliminate any possibility of internal dissent within the Communist Party and then make concessions of any kind to the Holy See?

It is much more likely, if not certain, that he will be even more inflexible and determined to sinicise the Chinese Church after not meeting any resistance from the Vatican, despite having taken this path. We recall that according to the regulations approved in 2020, even the Catholic Church must also, "adhere to the leadership of the Chinese Communist Party, adhere to the principle of independence and self-government and implement the values ​​of socialism". Moreover, it was Xi Jinping himself, in December 2021, speaking at the National Conference on Religious Affairs, to clarify that the "sinisication of religions" must be understood as the control of the Chinese Communist Party over all religions, and not the inclusion of Chinese values ​​and traditions in religious practices. These are not just words because in the four years that the agreement has been in force, the persecution against Catholics has increased.

If this is the scenario, the hopes expressed by the Vatican Secretary of State, Cardinal Pietro Parolin, in the interview with Vatican News to justify the renewal of the Agreement, appear out of touch with reality. Parolin speaks of "the concrete hope of being able to assure Chinese Catholic communities, even in such a complex context, the guidance of pastors who are worthy and suitable for the task entrusted to them". Given what is happening in Beijing, more than "concrete hope" it seems to be a religious fantasy: it is clear that, even more than what we have seen so far, the fundamental criterion of any candidate for the episcopate will be absolute and proven loyalty to the Communist Party and to Xi Jinping. And this alone will make them unworthy and unsuitable.