The September 14 letter, addressed to EU Commissioner Margaritis Schinas and published exclusively by the Daily Compass, bears the signatures of 48 European Parliamentary Forum MEPs (including three Italians). It is proof of ongoing plotting against the confirmation of Jan Figel as Special Envoy of Religious Freedom or Belief and against EU diplomatic efforts to promote religious liberty in general. For the liberal signatories, religious freedom is an obstacle to abortion and LGBT rights and its protection should be subordinated to them and, thus, delegated to the tasks of the EU’s Special Representative for Human Rights. This is a policy position that coincides with the one expressed by Brussels last June 4 and which undermines European credibility.
- THE INTEGRAL LETTER 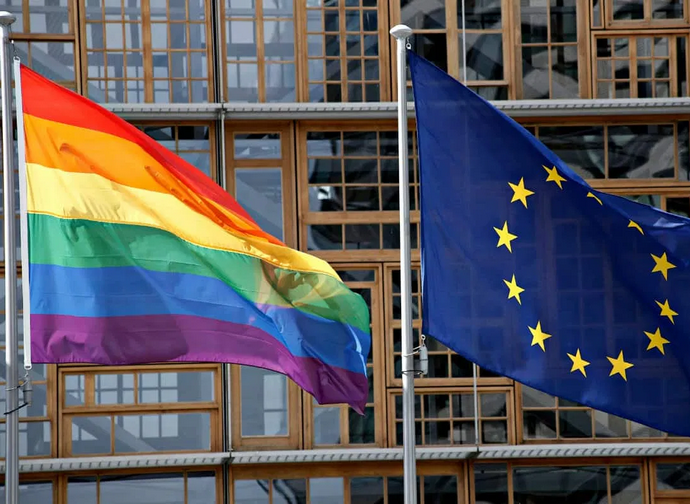 Abortionists and pro-LGBT lobbies have plotted to block the re-appointment of the EU’s new Special Envoy for Religious Freedom or Belief. Their objective is to take down Mr. Jan Figel, who had served in this capacity from last year. The exclusive September 14 letter, herein published by the Daily Compass, casts darkness on complicit hostility towards religious freedom in Europe together with the anti-Christian violence of European pro-abortionists. What did Figel do wrong? He will be ousted for having promoted religious freedom in lieu of abortion and LGBT "rights."  This is pure madness.

Last June we reported the troubling stance taken by the European Commission, which, in response to an April 30 appeal by hundreds of religious organizations and leaders from around the world and all religions, very tersely replied that it had "taken the decision not to proceed with the appointment of the Special Envoy" for Religious Freedom or Belief. At the same time, it stated religious freedom would continue being "a priority". A month later, on July 8 , Margaritis Schinas (Vice President of the Commission and Commissioner for the Promotion of the European Way of Life)  tweeted out that her Commission had decided to "renew the function of Special Envoy Religious Freedom outside the EU (...) the imminent appointment proves our determination…".

Since then, there has been nothing but radio silence regarding the envoy’s re-appointment, as we reported last August 22 when we recounted the many initiatives of "bad" Eastern countries and Brussels’ unchanging stance.

The 48 signatories and members of the European Parliamentary Forum, an organization linked to the multinational abortion IPPF) “explains” the reasons for the appointment’s delay and unveils intrigue taking place over the past few months. In their letter to Vice President Schinas, the 48 MEPs say they are "concerned about the renewal of the mandate of a Special Envoy for Religious Freedom or Belief." Although they agree on the importance of religious freedom inside and outside Europe, they believe that it pertains more to the role of the European Special Representative for Human Rights.

This position coincides with the one expressed by the European Commission on June 4. Pro-abortionist EU parliamentarians had complained about vagueness in the Commission's evaluation of the mandate’s renewal. Then they go on the offensive: "Freedom of religion has too often been used by some to undermine and hinder the fundamental rights of others, in particular the right to equality and non-discrimination of women and LGBT people (...). We are even more concerned about the decision to renew this mandate because, in the past, the previously appointed Special Envoy Jan Figel had undermined its credibility by showing highly problematic relationships with organizations that oppose women's sexual rights and the rights of LGBT people (such as CitizenGo and ADF International)."

The letter then continues: "We urge you to nominate as Special Envoy for Religious Freedom a candidate who can demonstrate solid experience in the promotion of all fundamental rights and European values.  (...) We cannot accept that a Special Envoy speaking on behalf of the EU who shows public support for organizations actively fighting against gender equality and the right to non-discrimination on the basis of sexual orientation."

Moreover, should the  EU Commission proceed with nomination,  parliamentarians ask for "clarity and transparency in the EU Special Envoy’s mandate on religious freedom; in the definition of his tasks, in the Special Envoy's nomination process and for the reporting obligations (...). We want to see regular public reports on his future missions. These reports should include an exhaustive list of his links with his interlocutors, as well as the country context and any recommendations made or consequent actions taken."

The MEP threats are now clear: do not renew the envoy’s for religious freedom, much less Mr. Figel for the position. However, if you do, the new special envoy must promote abortion, contraception and LGBT rights and, at any rate, must be “tailed” for his each and every move.

The letter concluded with the MEP signatories. Of these, 31 hail from Green/Left parties, 10 are Socialists, 5 are Liberals, and 1 is a Christian Democrat from Denmark and 1 is of the populist Five Stars Movement. The Italians are Brando Benifei (Socialist), Sandro Gozi (Liberal, elected in France) and Rosa D'Amato (Five Stars). Ten of the signatories are among the re-elected Members of European Parliament and had already been included by a list issued by George Soros' Open Society foundation as "reliable and willing to support the reasons" published in the last legislature. The war waged by Socialists, the Greens, and Liberals together with Soros against Christianity and religion is real and undeniable.

Three short reflections need to be made.

Firstly, the letter’s very date and its content demonstrate that this is a result of dogged persistence and consistent plotting. Just see the perfect resonance it has with some arguments of the Commission made in June.  Over the past few months, take note of the constant position of abortionists and a part of the EU Commission to boycott the reappointment of the Special Envoy on Religious Freedom or Belief. The  overall objective of this MEP “racket” might materialize next March in 2021, if there is the appointment of new Special Envoy for Human Rights whose aim would be to promote, first and foremost, abortion, gender and an sort of contrived form of "religious freedom."

Secondly, isn’t overall EU transparency now cast in total suspicion, given the fact that the European Parliamentary Forum (the initiative’s main promoter) is supported by George Soros, not to mention by several of the foundations that are tied to him as well by as the IPPF itself (which, in turn, has received more than one million dollars from Soros family) and considering that many of the signatories are considered close friends of Soros and uphold firmly his political ideology.

Thirdly, and finally: European credibility can only be restored if the threat posed by this letter is rejected and sent back to its senders  and the reconfirmation of Jan Figel as Special Envoy for Religious Freedom or Belief is made without further hesitation.