Parliament has just rejected an amendment to guarantee palliative care for foetuses which have survived late abortions, whereas abortion groups are pushing for easier access to abortion in a country that already guarantees one of the most liberal legislations in Europe. 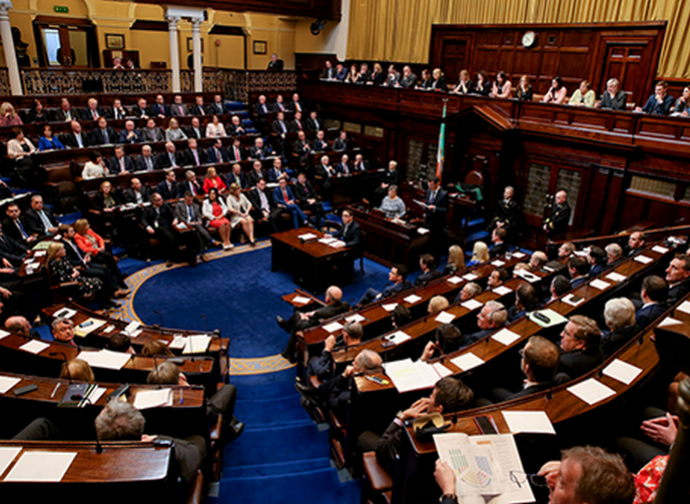 In mid-December, the Irish parliament (the Dáil) overwhelmingly voted against taking up an amendment to Ireland’s abortion law that would have legally obliged doctors to provide pain relief for unborn children in late-term abortions. Although the Foetal Pain Relief Bill would have provided only a small mercy, it was strongly opposed by pro-choice activists and politicians, and long fingered by government ministers and TDs (Ireland’s members of parliament).

This shameful vote highlights just how opposed Ireland’s ruling classes now are to even the slightest intimation of a pro-life stance. To be clear, this was not a strictly pro-life issue, though obviously supported by the pro-life community; the child would still be aborted, no so-called ‘limitations’ would be placed on the ability of a mother to acquire an abortion, or a doctor to conduct one. The bill was simply a response to the scientific evidence, which shows that a child in the womb starts to feel pain at 20 weeks.

We have legal statutes in place that require animals receive pain relief, why should we not in the case of a child, no less? This should have been a matter of justice, of our duty to alleviate suffering where possible. But since the 66% of Ireland’s population voted in 2018 to remove a constitutional protection of the lives of the unborn child (the Eighth Amendment), politicians appear to be afraid to alienate the voters by being seen in any way to oppose them.

The Irish population voted knowing that a liberal abortion law would be introduced. Following the referendum, the Health (Regulation of Termination of Pregnancy) Act 2018 legalised abortion for any reason up to 12 weeks, and up to birth for children with life-limiting conditions and in cases of a threat to the health of the mother.

Despite this, pro-abortion advocacy groups and the Irish government are intent on making the law even more severe. Pro-choice politicians will not countenance anything that even smells pro-life. They are seeking to extend the legislation in three areas: the three-day waiting period; the 12-week limit on abortion-on-demand; and the number of doctors carrying out abortions.

This is despite the fact that our abortion law is either on par with or more liberal than other European countries. For instance, the wait of three days is comparatively short. In Italy, it is seven; in Belgium, six; in the Netherlands, five. And this wait period is demonstrably saving lives – there were 6,455 abortions in Ireland in the first trimester of pregnancy in 2020, but 8,057 women had an initial consultation with a doctor about receiving an abortion. This suggests that 1,600 women changed their mind following their consultation and decided not to receive an abortion. Equally, our 12-week limit is not dissimilar to other jurisdictions, such as Italy, which allows abortion up to 90 days.

Under the 2018 Act, a review of the law must be conducted no later than three years after the law’s introduction. The process began in December, as public consultation commenced. Already, pro-life organisations have argued that this review looks to be a “cold house” for pro-life views.

As he announced the review’s commencement, Minister for Health Stephen Donnelly (whose department is responsible for abortion provision) told the Dáil that the independent review “will assess the extent to which the Act’s objectives have, and have not, been achieved and will make recommendations to address any barriers identified”. Under questioning from another TD, Mr Donnelly said that he “would not currently be satisfied with the provision of services geographically” and that he doesn’t believe “ease of access” has been achieved.

Further to this, the minister warned that “we can’t preempt what the report is coming back with and what is linked to operation difficulties”.
“It is possible that the report comes back and says ‘the operationalisation of this three days is very difficult, we recommend it moves to two days or it moves to four days’,” Mr Donnelly continued. “The chair [of the review] can recommend whatever they want so long as it’s linked to the operation of the of the Act. And then obviously it’s for all of us in the Oireachtas [the parliament, including the Dáil and the senatorial house, the Seanad] to review that.”

And we all know what way the Irish parliament is likely to vote, should it come to that. Ireland’s pro-life cause is facing an uphill struggle that is only getting steeper. While we hope for a happy outcome, we await the result of the three-year review with apprehension.