Abortion and the US Supreme Court: why the Constitution can’t be self sufficient

The historic American ruling, regardless of its merits, is not (yet?) a pro-life victory. If the reference to the Constitution does not impose the right to abortion, neither does it prohibit it, thus opening the way to those who would like to constitutionalise evil by calling it a 'right'. The Constitution is not enough on its own if it is not based on natural law. 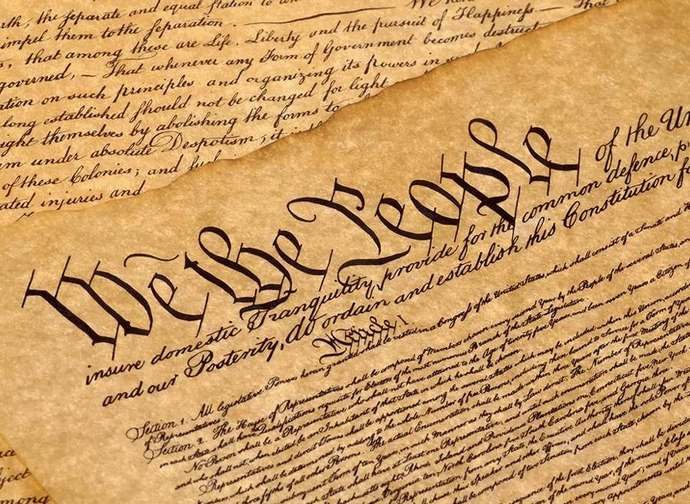 After the US Supreme Court's ruling, which declared the right to abortion unconstitutional, many have moved to make it constitutional, that is, to include that right in the Charter of their respective countries. The European Parliament has also passed a resolution to this effect. This does not make the American Court's decision counterproductive, as has already been duly clarified, but it does require some in-depth reflection on the constitutionalism applied to abortion.

The American ruling did indeed have historical merits, this is beyond dispute. However, it must be borne in mind that it states that there is no reference in the constitutional text to the right to abortion, while it does not say that abortion is constitutionally prevented. So much so that it throws the ball back in the court of the legislation of individual States. This is why some have spoken of a victory for democracy. But, on second thoughts, in theory all the individual States of the Union could legislate in favour of the right to abortion. In that case, it would not be a victory for democracy at all. The Supreme Court's speech adhered strictly to the text of the US Constitution; it made no reference to 'anything' preceding it, such as the natural right to life of the conceived. It ruled that the Constitution does not impose the right to abortion on the States of the Union, but it also certified that the Constitution does not even say the opposite, i.e., that the right to abortion cannot be provided for by law. The Court adhered to the Constitution, thus making it the first and last point of reference for the legal and political life of the Union. This is, after all, a form of constitutionalism: understanding the constitutional charter as needing nothing else, itself being the origin of rule and law. I repeat that these considerations do not remove the importance of the fact, but they do merit reflection in order to set an appropriate strategy for the immediate future.

The reaction of those who, in response to the American Court, want to constitutionalise the right to abortion, also moves in the realm of constitutionalism, but with a more radical approach. The American Court did not decree that abortion is forbidden, but only that it is not obligatory for States to provide for it, whereas the latter want constitutional charters to decree that it is a right, and therefore an obligation to be respected. There is thus an asymmetry between the two positions, which could only be bridged by having the constitution say not only that abortion is not a right, but also that it is an unacceptable injustice. The next wave of attempts to constitutionalise the right to abortion cannot be countered by maintaining only the position expressed by the US Court. It will be necessary to move towards constitutionalising the ban on abortion. But how can this be done if the constitution says nothing about it? It will therefore be necessary to refer to something that 'precedes' the Constitution, but that is precisely what the US Court did not do. So while that position was very important in breaking a trend and reopening the contest, it cannot be the ultimate solution: only by referring to a dimension that we can call, for all intents and purposes , natural law, will it be possible to counter the predictable wave of pressure to constitutionalise the infamy of abortion. From a cultural point of view, this seems to me to be very important, because I notice a satisfied flattening-off regarding the Court's decision that does not take into account that the fight will be very hard and we are not at the end but at the beginning. Clarity on the criteria to fight for is therefore very important.

When political power sets out on the path of legal injustice, i.e. of considering as right by law what is instead unjust, it cannot stop halfway, it cannot leave any cracks open for a reversal, since in this case Evil takes the absoluteness of Good. When the State considers what is a wrongdoing to be a legal right, it must then absolutize that right, impose it, educate citizens to consider it as such, teach it to children in schools from an early age, prevent it from being questioned, punish as a crime of opinion those who criticise or challenge it. This is what Leviathan must do, even in so-called liberal democracies.

The US court ruling has challenged this course, but it has not completed the process of overthrowing it: it has not been proclaimed that evil is evil, it has only been said that the US constitution does not prescribe it or impose it. But the militants on the opposing side will instead continue to say that evil is good, and that if it is good, the State has the right to prescribe and impose it. To go beyond saying that the Constitution does not impose evil, and instead say that evil is evil and that the Constitution must prevent it, one must go back to something that 'precedes' the Constitution. This is the task that pro-life movements must take on in the immediate future. The US Court has reopened the match, now the game must be played.