The habit of telling stories to children is dying out, as people forget the great function of traditional tales. But the enemies of the Logos continue to churn out children’s stories. How can we understand what sort of book we have in our hands? Here are some questions to consider: Who is the enemy? How do you beat the enemy? Is there growth and change? How does the story end? The answers will help you to get your bearings. 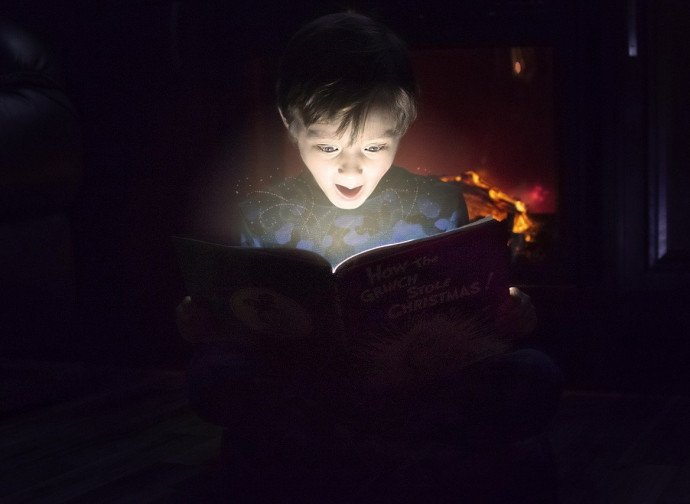 Some parents have asked me how to recognise the clues that give away books that convey suspicious ideologies.

Personally, before dealing with books, I would worry about television. To tell the truth, I would suggest throwing out the TV, but I don't want to come across as a Taliban. So let's deal with books for children and young people.

The aim of revolutionary ideologies is to destroy the Aristotelian-Thomistic philosophy, i.e. the philosophy based on finalism and natural law, which we know in the form of moral and religious law.

According to this philosophy, entities are not really as they are, but as they should be. Every entity has its own project (a 'nature') that guides its development, its realisation. This applies, of course, to the human being: every man has a project; a vocation, to put it in religious terms. There is, therefore, a 'should be' that is superior to what is actually there. Reason is the highest human faculty; it has the task of discerning good (what is according to nature) from evil (what is against nature) and guiding the person towards his or her own fulfilment.

The most recent ideologies, of course, deny this. There is no human nature, no plan, no should be. We are who we want to be. Since there is no purpose, there is no morality, no good or evil. Reason, dethroned, is replaced by the passions, by the motions of the body. All this is obviously reflected in literature for children and young people.

Literature and storytelling have been the fundamental instrument for the construction of European civilisation, based on the Logos; we need only think of the Homeric poems, the biblical stories, the literature of chivalry, the Divine Comedy... Now Europe seems to have forgotten the importance of this instrument: few tell children bedtime stories. The storyteller seems to be a figure lost in the mists of time. The TV set has replaced the fireplace, and the speaker the grandfather. But not the enemies of the Logos: they continue to churn out tales and narratives, especially for the little ones. From the tales of the Marquis de Sade to Piccolo uovo (Little Egg) and Il segreto di papà (Dad’s Secret), revolutionary literature has changed target and language.

Here, then, are some suggestions for distinguishing 'traditional' children's literature from ideological literature.

1) Who is the enemy? In traditional literature, the enemy is a person. Evil is not abstract, but acts in the guise of a physical being. Someone has chosen evil, decided to be on its side, and to act accordingly. In ideological literature, on the other hand, the enemy is impersonal: it is tradition, prejudice, expectations. There are no 'good guys' or 'bad guys'.

2) How do you defeat the enemy? In traditional literature, the protagonist defeats the antagonist through a real confrontation, even a physical contest; that is, risking his own safety and even his own life. In revolutionary literature, the enemy is won by convincing others, by showing them that they are wrong, through good arguments.

3) Is there growth and change? In traditional literature, by confronting the antagonist, the protagonist changes, grows, becomes what he should be. The struggle is a circumstance that allows his own fulfilment. In ideological literature, the protagonist does not change: he is perfectly fine as he is, with his quirks and peculiarities (which others consider defects). Everyone else changes. It is the reversal of the idea of the speck and the beam (Lk 6:41).

4) How does the story end? In traditional literature, the protagonist triumphs and rejoices. He has paid a price for his victory, but facing the enemy has helped him to achieve his own fulfilment. The antagonist is vanquished: if he is not dead, he is exiled and licks his wounds. In ideological literature, usually, everyone is happy and in harmony. No one has lost, no one has been defeated.

The model of ideological literature is, to simplify, Andersen's The Ugly Duckling (1805-1875). It is the story of a duckling who feels different: ugly, compared to the other ducklings. So he flees and, after various vicissitudes, is taken in by a flock of swans. He discovers that his discomfort was due to the fact that he was forced into a role that did not belong to him. Having changed his social context, he is now free to be what he wanted: a beautiful swan. A more recent example of ideological storytelling is, for instance, the animated film Shark Tale (Dreamworks 2004).

Obviously, these are just a few example points; every ideological tale will not necessarily have all and only these. But I believe they are a good starting point for assessing whether the book that aunty and uncle have given our little one is suitable or, rather, a stealthy vehicle for propaganda.