A Counter-revolutionary Talks About the Hell of Venezuelan Prisons

Vasco Da Costa, a Venezuelan dissident, winner of the 2017 Sakharov prize, calls himself a counter-revolutionary, a traditionalist. His ideas have evidently caused fear in the regime started by Hugo Chavez and inherited by Nicolas Maduro, who has had him arrested eight different times. Just as a recent UN report has  revealed the horrors of the Venezuelan regime, Da Costa talks about the abuses and tortures he personally endured in the military prisons and secret camps where the the DGCIM services freely torture political prisoners.  They are part of a repressive system put in place by those who support 21st-century socialism, part of an international revolutionary project that is communist with a dose of liberation theology, born in Cuba and exported to Venezuela. 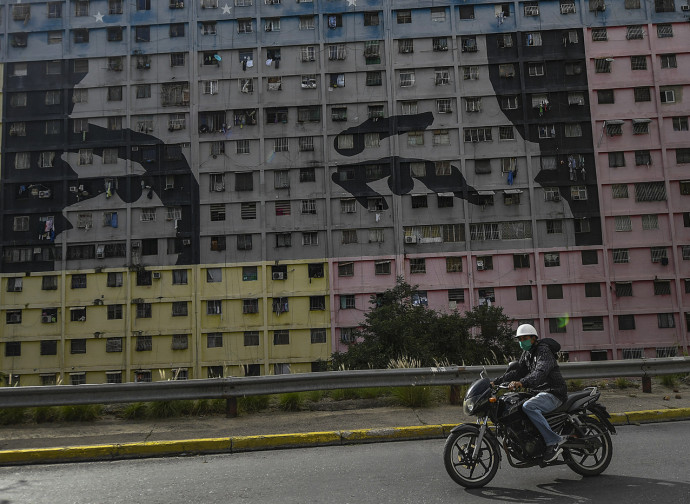 The United Nations report on the human rights situation in Venezuela is clear: the dictatorship of Nicolás Maduro has committed “atrocious violations” that are crimes against humanity, because they seek to “eliminate the opposition.” 400 pages describe the horror that the Venezuelan people are living through, which the majority of Italian media has minimized, giving little or no coverage to it, despite the fact that it is international front page news.

But this horror is not casual, just as the Italian silence also is not casual. In order to understand it, The Daily Compass spoke exclusively with one of the few victims who dared to speak about what he endured in prison: the anti-communist political scientist, winner of the 2017 Sakharov Prize, Vasco Da Costa. He was released on September 1 after two years in the Ramo Verde military prison, a beneficiary of the pardon that the dictator granted to 110 political prisoners.

“The UN has said what all Venezuelans already knew. It is simply the verification of a reality: that in Venezuela the Bolivarian Revolution uses torture in a systematic and organized way to crush its opponents and remain in power,” Vasco Da Costa said. But he emphasized the need for this UN announcement to have consequences: “Things cannot remain the same. Mr. Maduro, Mr. Padrino López, and the entire sturcture of government must be tried; they must pay in prison for the crimes against humanity that they have committed.”

Vasco Da Costa calls himself a “Catholic political thinker, a traditionalist, a counter-revolutionary.” When he was 14, he founded the Venezuelan Society for the Defense of Tradition, Family, and Property (TFP), a Catholic anti-communist organization, when he was a student at the San Agustín del Paraíso school in Caracas. From 1979 to 1987 he studied at Jasna Gora University in Brazil. He worked as a political scientist in Chile, Argentina, Perù, Uruguay, Paraguay and Colombia, until 1995 when he returned to Venezuela “because I knew that Chavism was coming and I decided to fight against the communist dictatorship that was about to implant itself in the country.”

What is Chavism? “It is a perverse sect that 21st-century socialism has invented, which is simply the same socialism of all times, seasoned with elements of liberation theology, which gives it a blasphemous basis, since they speak of a revolutionary Christ who was a socialist. It is a band of criminals that has taken all the institutions of the state hostage and wants to have a nation of slaves  so that it can always remain in power.”

Between 2004 and 2020 Vasco Da Costa was imprisoned eight different times: three times through open judicial procedures and the other five times simply by being sequestered by the regime. They have accused him of terrorism, financing terrorism, a coup d’etat, forming an armed gang, instigating a coup,  instigating violence, producing weapons for war, storing ammunition for war, and insulting the armed forces. And the list of accusations is as long as the list of tortures which he has been the victim of: he has received club blows on his feet for a long time, they submerged his face in a well full of water, they tried to suffocate him with a plastic bag, he has received electric shocks on his nipples, he was hung up with his own excrement on him and he developed an eye tumor after being beaten repeatedly.

The United Nations report documents the secret torture centers in Venezuela with satellite images.  It is known that you were imprisoned in 9 different Venezuelan jails; were you tortured in clandestine centers or in prison?

In both cases, I spent seven days in a clandestine center that they call Zone 51, because I asked, “Where are we?” and they told me, “You have arrived in hell, Zone 51.” I was also imprisoned by the DGCIM (Direction of Military Counter-Intelligence) in Boleíta, in Helicoide, in Capturas di El Rosal, in CICPC of Parque Carabobo, in CICPC on Av. Urdaneta, in the El Rodeo II prison, in Tocuyito, on July 26, in the Santa Ana Military Prison, in the Ramo Verde Military Prison and in the area for military defendants at the Carlos Arvelo hospital. The regime prisons are very dangerous prisons. They often transferred me from one prison to another, because I know how to talk to the prisoners, and they accused me of having instigated three revolts, for example. In the prisons with common criminals they tortured me from time to time and beat me.  In the military prisons like Santa Ana and Ramo Verde, even the DGCIM came from time to time to torture me, but generally the physical punishments were carried out by my fellow prisoners, making life very hard and complicated. And in the DGCIM and in Helicoide it is different, because they are brutal concentration camps. At the DGCIM they beat me every day, in order to eat they would strip me naked and I had to kneel in front of the guard and they threw the food on the ground and I had to eat it off the ground in front of the guard, it was monstrous. And after all the monstrosities I saw, I am more convinced that this filth needs to be eliminated. It is legitimate to do anything to remove this government. I do not have an army; I do not have economic power, but I have my opinion and I have the right to express it.

Your story is a living testimony of what it means to fall into the claws of terror of the Venezuelan dictatorship. Why was such cruelty shown to you?

This question should be asked of the government. I am a politician, but in reality I do not have a big political party, neither a military force nor an army, nor a large economic group behind me. I am an intellectual, I have a movement called the Movement of the Golden Right of Venezuela, I head an NGO called “Foro de Caracas,” which is a small group of intellectuals, and what I really do is I produce ideas as a thinker; I form people; I influence leaders to do what they ought to do. They are obviously terrifed of this.

And what type of thoughts do they want to silence? What does Vasco Da Costa believe in?

My thought, my life, my actions are based on the social doctrine of the Holy Catholic Church. I am consistent; I am not looking for positions because I have already completed my political career, I am not looking for money, and so I attack the heart of the problem: the anti-Christian revolution that wants to eliminate the hierarchical order of the universe established by God and create a foretaste of hell in this egalitarian socialist society. With what I say and what I do, I touch the deep consciences of public opinion in order to awaken the best. They hate this, they want me to shut up, they have asked me to leave the country many times, but I will remain here until either I die or they kill me or they leave. I will continue until the end.

But if they are afraid of what you could say, your ideas, why the pardon?

This is my second pardon. Last year in October I already had a humanitarian provision signed by the Procurator. Chávez was more intelligent than this man; he kept me in prison for two or three months. Instead, this man has kept me in prison for all of the 6 or 7 years he has been in power. The pardon is part of a game in which they are trying to legitimize themselves; we are simply bargaining chips. It is a very clever move because the sanctions hurt them; they put their backs against the wall; they feel suffocated. If there are still intelligent persons in Venzuela, we ought to profit from these sanctions to liberate our country.

What responsibility does Cuba have in everything that is happening in Venezuela?

All of the trash of the Latin American left takes refuge in Cuba, which is a destroyed nation. The Cuban leadership works with the international left and intends to impose communism throughout the world. When the Iron Curtain fell and Russia opened to the West, Cuba and the international left created that Sao Paolo Forum (between Lula Da Silva, Fidel Castro, le Farc, etc.) in order to obtain the necessary resources to continue the communist project, and Cuba was the excuse. Then the Sao Paolo Forum decided to take Venezuela and it directed all this from Cuba. Maduro was formed in Cuba, when his father kidnapped William Niehous [the longest kidnapping in Venezuelan political history; he was kidnapped by leftist groups in 1976 for three years and four months] who worked with the father of Jorge Rodríguez [the present Vice President of Venezuela], who were the ones who took Owens-Illinois. Maduro is simply a pupil, a puppet, call him what you will, of Raúl Castro and of the Cuban structure that taught him how communism works. But they don’t do it to help Cuba; they do it to suck Venezuela’s wealth and feed the international left, which has highly qualified people with very complicated plans for all of Latin America.

The regime has already shown its most bloody face with the homicides of Oscar Pérez and of the military man Rafael Acosta Arévalo; do you fear for your life?

Of course! But the reasons for my struggle are religious ones. If they kill me, they will solve the problem of my life, because like most human beings, I am sinner, and if they kill me, I know that an angel will come with the palm of martyrdom and take me straight to Heaven. This experience made it clear to me that I must go against the Bolivarian Revolution, against 21st-century socialism, and we must rid the country of this foreign curse. It is a macabre plan and only the foundations of Western and Christian society, which we as a nation are part of, can give us the light we need to go forward. All that I have undergone has been my preparation; my battle is only just beginning.