73 million abortions per year are considered a ‘right’… UNFPA report

According to a UN world population estimate, between the years 2015-2019 there were 73 million abortions per year. For the UNFPA, the ‘invisible’ problem is a question of undesired pregnancies. In reality, the only invisible element is the unborn baby within the womb, thanks to governmental systems, innumerous lobbies, the establishment media and pseudo-cultural gurus who attempt to brush off prenatal homicide as a ‘woman’s right’. 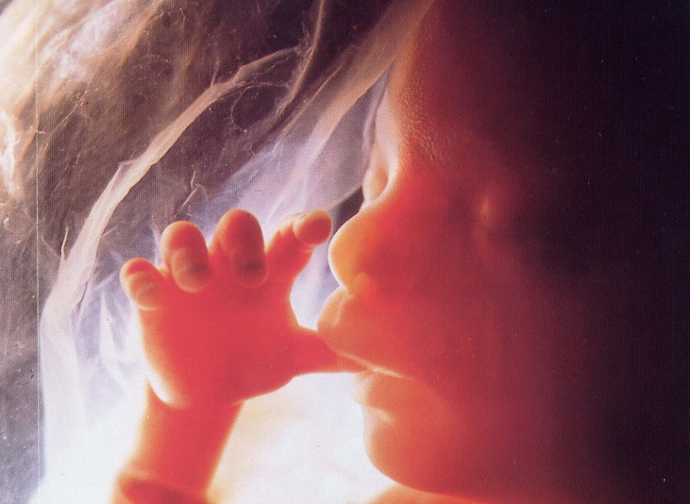 In order to establish a reasonably accurate number of the abortions procured legally worldwide, it is usually necessary to make reference to WHO reports. This number tendentially oscillates from year to year between 40 and 45 million. However, a recent publication of a report funded by the UN branch responsible for population (UNFPA), entitled:  The State of the World Population 2022 , offers the following subtitle to the product of its research: “Observing the Invisible: intervening in the neglected crisis of undesired pregnancies”. According to this report, the number of abortions procured per year across the world are estimated at 73 million.

There is a great deal of information provided by this report, but we would like to focus on the paragraph “Tendencies in Abortion”, in which one may read: “Although the number of undesired pregnancies has diminished, the number of global abortions remains practically unvaried, at an estimate of 39 per 1000 women of child-bearing age during the period of 2015-2019 (Bearak et al, 2020). At a global level, 29% of all pregnancies – desired and undesired – end in abortion (i.e. a desired pregnancy may end in voluntary abortion if the woman discovers at a certain point of gestation that the foetus is deformed or ill, or if she does not have the economic means to support herself). This is the basis for the estimate of 73 million abortions per year, on average, for the years 2015-2019. The stable level of abortion, together with the diminution of cases of undesired pregnancies, signifies that the percentage of undesired pregnancies which end in abortion has augmented, during the period from1990-1994, from 51 to 61% (Bearak et al., 2020)”

UNFPA, a UN agency of established filo-abortion sympathies, is saying that if on one hand the number of undesired pregnancies has diminished over the years, and on the other hand, the number of abortions has remained constant over that period of time, this therefore signifies that those women in the midst of undesired pregnancies - a number which has diminished over time – are more likely to opt for abortion, and that this has created the 10% increase over the past decades. Therefore, looking back, this means that only a short time ago, the percentage of women with undesired pregnancies who chose to carry their children to term was higher than the present time, as it has passed from 50% in the 1990’s to 40%, according to recent research. In extreme synthesis: women are opting more and more for abortion.

Let’s return to the previously cited paragraph, when the report informed us that global abortion is estimated to be “around 39 per 1000 women of child-bearing age, during the time period of 2015-2019”.  To provide some context to this number ratio: at the beginning of March, The Financial Times estimated the mortality rate of the Covid19 Omicron variant to be at 35 deaths per 100,000 infected individuals. Attention: not 100,000 healthy individuals, but rather 100,000 infected individuals. The rate of abortion, on the other hand, is 39 per 1000 fertile women.

Therefore, abortion is about 100 times more lethal for Mankind than Covid; or rather, all things considered, it is exponentially more lethal, because the cohort which is the reference point for the Covid statistic regards infected individuals only, and because the calculations of UNFPA do not take clandestine abortions into consideration, neither do they include those forms of crypt-abortions provoked by certain contraceptive methods, or those pills sold as emergency ‘contraceptives’, capable of provoking true abortions (not to mention the innumerous deaths provoked by in-vitro fertilisation methods).

The report then informs us that ONE THIRD of all pregnancies ends in abortion, or rather, that worldwide, one third of all babies is deliberately killed in its mother’s womb (in the calculation, the multiple abortions practiced by the same woman are included). An extremely elevated number of mothers – but the report, as we already mentioned, does not take into consideration the number of abortions which escape official statistics -  decides to end the lives of their own children. What in the world, from the perspective of natural law, is more shocking, more chilling, more terrible or monstrous than the fact that a mother – that so many mothers – would desire to kill their own progeny? The primary individual for whom - according to natural law- the impulse to protect her offspring should be superior to all others, becomes the individual who cruelly suppresses that life. It must be that the conscience of many, though not all, of these mothers has been anaesthetised, subjugated, hypnotised by mainstream narratives, but the statistics, in their raw cruelty, remain such. The reality remains intact in all its atrocity.

And in the end, we are left with that number: 73 million abortions worldwide per year. The primary cause of mortality worldwide is cardiovascular pathology, which causes 18 million deaths per year. They are followed by deaths caused by tumours: 10 million. The total of these two numbers is 28 million. Not even half the number of deaths caused by abortion. Abortion is the primary cause of death worldwide. And if deaths caused by cardiovascular illnesses and tumours may be considered natural causes, abortion, on the other hand, is desired, sought-after, and it is correct to define abortion as an assassination, or from a juridical perspective, a prenatal homicide. One dies in this world, above all, because one is killed in the womb.

Even if it seems a rhetorical question, one has to ask oneself in what kind of world we live. We live in a global society in which the vast majority of people die at the hands of others, and they are shockingly those individuals who are taking their first steps in the world of human existence: our children. It is therefore correct to define this world as bloodthirsty, cynical, pitiless and suicidal. Herod is truly master of this world. But it must be noted that such brutality in not imposed upon mankind from above by a tyrant, but rather is daily practiced by a vast clientele in the freest of manners. Over the years, this clientele has certainly been trained by certain executive powers to practice such cruelties whilst considering them as dramatic rights, but rights all the same, or even considering them as banal (consider the phenomenon of the abortion pill), but in the end, abortion remains the free choice of the individual who, in most cases, has all of the instruments and intellectual capacities to understand the gravity of this particular choice.

It is therefore an undeniable fact that we live immersed in endemic – or rather pandemic – Evil, pervasive throughout our entire existence, rendered common, widespread, ordinary, due to its legislative legitimisation and protocols. We live in a ferocious world, so ferocious that it cannibalises its own children, literally slaughters them, ripping them to shreds by the ton, all of this ratified by law, whilst we get up in the morning as if everything were normal, as if such a reality did not exist. “Observing the Invisible” is the title of the UNFPA report: The Un refers to women who discover they are carrying an undesired pregnancy, and yet the dramatic paradox is that the title should refer rather to the child. It is the truly invisible being, because governments, the establishment media, pseudo-cultural gurus and innumerous lobbies have washed away the long trail of blood of so many homicides with lies accepted by the average individual. The foetus is the truly invisible being who must be cancelled from the face of the Earth by the abortion doctor’s medical utensils; it is the one who has already been removed from our collective conscience, which ignores the ocean of blood upon which the Boat of Life of billions of people floats every day, unperturbed.