Exactly 31 years after the Tiananmen Square massacre in Beijing, dark clouds hover over Hong Kong: "The brave young men who defend Hong Kong's autonomy and freedom are beaten, arrested, tortured." "Unfortunately, given the situation at the top of the Communist Party in Beijing, we don’t have much to hope for." "As Christians we put ourselves in the hands of God, defend truth and justice, pray for the conversion of our persecutors". Cardinal Joseph Zen, emeritus bishop of Hong Kong speaks out on the current situation in this special administrative region of China. 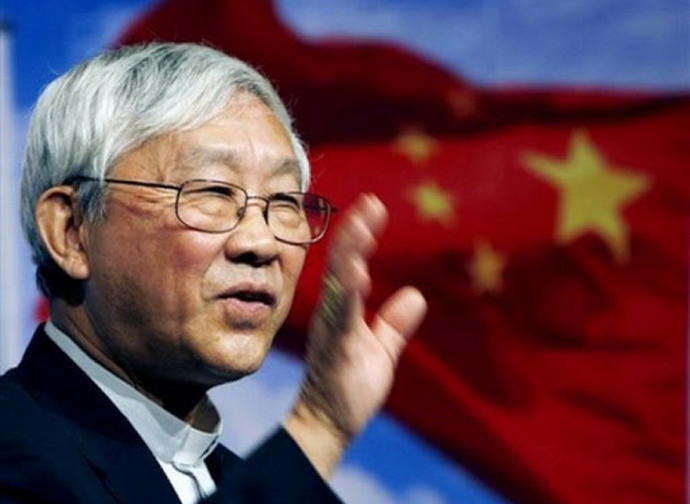 On June 4, 1989, the Chinese government put an end to months of protests and demands for democratic reforms, by sending tanks to literally crush the demonstrators who had occupied the huge Tiananmen Square for weeks in the heart of Beijing. It was a massacre whose real toll has never been established - ranging from a few hundred to several thousand deaths - which shocked international public opinion.

After 31 years, a similar dynamic is observed with concern regarding the former British colony Hong Kong, returned in 1997 under the sovereignty of China, but with the agreement that it would have maintained the same system guaranteed by the United Kingdom for 40 years.
In recent months, Hong Kong has been going through a situation of significant social and political unease whilst living under the threat of losing the autonomy promised in its mini-constitution, the basic law. This is due to the imposition of a national security law directly imposed by the central Chinese government. It is a law not yet written but already approved by the Beijing legislative bodies. All this arouses considerable international concern. Cardinal Joseph Zen is without doubt one of the authoritative voices of resistance to these changes in Hong Kong. We interviewed him on the annual memorial of the massacre at Tiananmen Square.

The anniversary of the massacre in Tiananmen Square seems to have taken a particular turn this year. What do you think?
It’s true, with everything that’s happened this year, we are getting increasingly closer to the possibility of another Tiananmen. This is because the government  has used every means at their disposal to crush all our legitimate protests, the police have practically behaved like beasts. I am amazed that our brave young people who want to defend Hong Kong's autonomy and freedom are arrested, beaten, tortured. Now with the threat of this national security law, we are truly concerned. It’s not surprising either that this year the usual commemoration that we hold every year for the Tiananmen massacre has been forbidden and this increases not only our anxiety but also our indignation for the deprivation of freedom that we have always enjoyed in all these years.

Can international pressure help solve the very complex problems Hong Kong is facing right now and convince China to take a different attitude?
We can’t tell, because an important factor to consider is there are divisions in the Chinese government, as well as in the Communist Party. We can hope that there is still someone who is moderate and who advises not to intervene excessively. But the impression we have at the moment is that the Chinese leader is afraid so he wants to demonstrate his strength and therefore imposes this law which, it should be understood, will harm everyone, not only the people of Hong Kong, but the whole international community including China itself. Right now they are committing folly after folly, blocked into taking actions that go against the whole world, and this means there isn’t much to hope for.

What influence can this situation of Hong Kong have on the appointment of the new titular bishop of the city, after a year and a half that it is still under apostolic administration?
We know there is a situation of uncertainty in Rome. Even if we have no definite news, we know from mass media reports that initially there was the idea of ​​making Joseph Ha the Bishop. He would be very good because he acts according to the teaching of the Church's social doctrine. During this period, he has spent much of his time with young people, he is the leader we need. On the other hand, however, there are those who say that "bishop Ha has taken a critical stand against the government and instead a bishop who has Beijing’s approval is what is needed". This is not correct, because political criteria cannot be placed above religious ones! We must have a leader to guide us at this moment, not one who willingly gives in to pressure from the Communist Party. It is more than a year and we are still on edge, this is also because during this time the Vatican has tried to please the government of Beijing and has never said a word about the evil things that have been committed. Now the whole world can see how police brutality is torturing our young people, beating them, arresting them, and the Vatican has not said a word to defend them. This worries us.

With what attitude should a Christian live through such difficult times?
A Christian believes in the mercy of God, believes in Christ who died and rose from the dead, believes that we must always act in all conscience to what the Lord expects of us. Fortunately, we have the social doctrine of the Church to rely on, which tells us to be good citizens, but on the basis of justice and love. So in the face of this horrible and apocalyptic situation, on the eve of almost another Tiananmen, what should we do? Trust in God’s goodness, put ourselves in His hands, have the courage to defend truth and justice, pray also for those who make us suffer, that they convert, that they understand that by acting justly and doing what is right, it is to everyone's advantage. This is our only choice. Let’s also trust in Mary for her support.