The open letter written by the English coach Southgate on the eve of the European Football Championship is a hymn to the ideology of inclusiveness and egalitarianism, the true idols of the contemporary West. Southgate, like many others, is an unwitting instrument of the euthanasia-like  process pursuing death at the request of his own Christian identity. 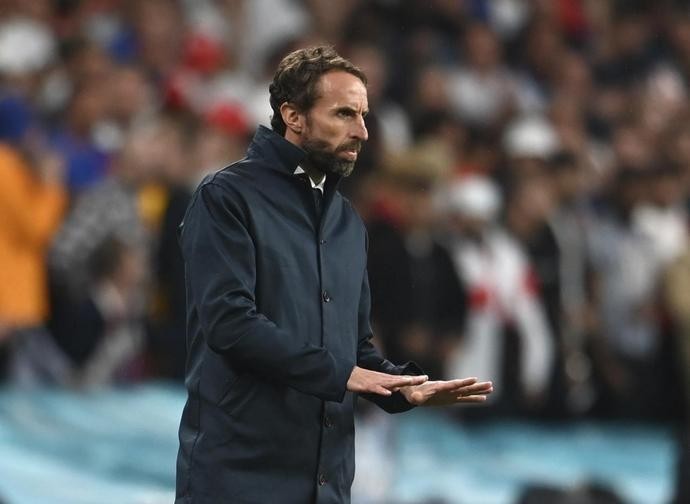 On June 8, Southgate published a letter in The Players Tribune addressed to his beloved England side. The English coach recalls early emotions linked to the matches played by the national side, the pride of wearing that white jersey as a player, the example of his grandfather who fought during the Second World War and instilled in him what is an ever vivid sense of patriotism.  You will say: obvious. Come on, how could the head coach of a national team not be a patriot!

And you are right. But modernity demeans just about everything, polluting even the purest sentiments with its plastic slogans, trying to liquidate - in the literal sense of turning into liquid - even solid concepts such as Homeland and Nation. And in fact this is what happened in the letter written by Southgate. After having given perfect shape and form to the letter itself, he then filled it with some of today’s most abused and gripping clichés: equality, the fight against racism, inclusion.

Let’s listen to the coach, who at a certain point directly involves his players,  those same players who took the the knee before the Moloch of anti-racism before the match started: "It is their duty to continue to interact with the public on issues such as equality, inclusion and racial injustice, using the power of their voice to contribute to the discussion, to raise awareness and to educate. [...] It's clear, to me, that we're moving toward a much more tolerant and inclusive society, and I know our lads will play an important part in that." He then adds, "I understand that on this island we want to protect our values and traditions, as we should, but that should not be to the detriment of introspection and progress."

In itself, what Southgate says is not wrong: open up to otherness, fight for equality and thus against racism, etc. It is also good, on a theoretical level, for star football players, with so much influence on the general public , to espouse social causes. What creates problems, however, is the meaning to be attributed to words or expressions such as "equality", "inclusiveness", "fight against racism" and the like. Today these words or expressions mean to privilege some social categories to the detriment of others and therefore, paradoxically enough, to want to discriminate while claiming to fight against discrimination.

In the collective imagination, and therefore in Southgate’s own imagination, these words now depict a world where there is no longer room, for example, for dissent voiced by the white and heterosexual believer, where if you don't kneel, as England and Italy have done, to the Black Lives Matter ideology, it means you are racist, retrograde, conservative, chauvinist-misogynist, populist and sovereignist. The dominant mainstream underlying the coach’s words grants freedom of expression only to its own subservient subjects. For the others, the only form of freedom left is martyrdom, the heroism of those who prefer the sacrifice of their own interests to genuflection in honor of the current vulgate.

Then, opening up behind those terms used by Southgate in his letter are one-way universes, such as contemporary thought, which has become increasingly unique, i.e. exclusive, in the sense that many subjects are excluded from the category of "good" and reduced to "uncivilized": e.g., those who defend the natural family, the Homeland, religion, those who dare to affirm that there is a truth. All such people could no longer deserve to play on the national ‘dream team’ coached by Southgate, so inclusive and pluralistic, but neither would they deserve to even enter the stadium, to be Londoners, English citizens. Perhaps such people would not even deserve to walk anywhere on this planet.

The English coach’s words evoke this ideological scenario without making it explicit. This is one of the most effective resources of political correctness: behind words commonly used with a positive sense until yesterday, there are now new meanings of revolutionary coinage. Using terms that sound good, but cause so much harm. Obtained in this way is a sort of immunity to pursue one's own ideological  goals: no longer being able to criticize inclusiveness, equality, or the fight against racism, etc., one can blithely advance the LGBT agenda, the cancel culture that wants to eliminate the Christian and classical roots of Europe and the Western countries, radical feminism, no-ifs-and-no-buts immigration, and much more.

Southgate, like many others, is an unwitting instrument of this euthanasia-like phenomenon, that is to say a process pursuing death at the request of his own Christian identity. He speaks of inclusiveness and thinks of the black lad who begins to play in a small English club, and does not think of the demolition of the statues of Jesus and Mary by the militants of BLM, or, if anything at all, just dismissing these acts as mere accidental intemperance on the part of some fringe extremists, and not understanding instead that such actions perfectly express the spirit of this movement, its innermost essence.

England came in second place at the European Championship, but is in danger of coming in first in stereotype thought.