“People see in him a martyr and a victor...a good fighter who is always in the trenches...and find they are led to impetuously bear witness to him,” wrote the Vaticanist Silvio Negro of the cardinal who sustained the Polish Church during the persecution by the Communist regime. At his death John Paul II repeated: “The Cardinal Primate teaches that this strength comes from Mary, Mother of Christ”. Ambassador Kotański paid homage to him in Rome. 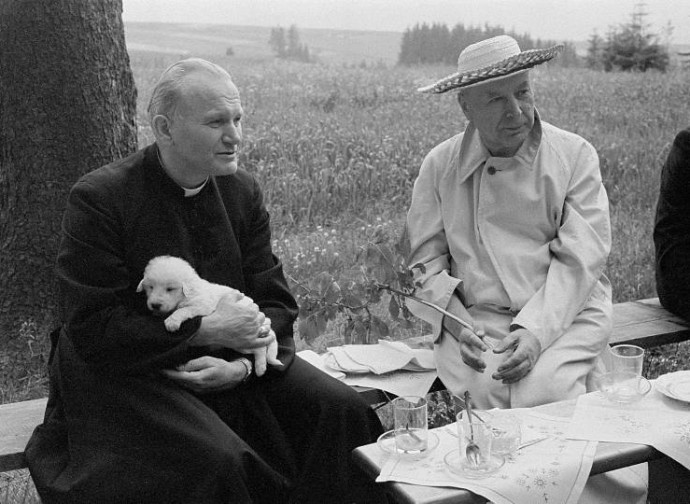 “The Pole Wyszyński is the only cardinal who, when he arrives in Rome, is met at the station not by a few friends but by a crowd to pay him tribute, the only one who is greeted with applause in the streets if he happens to have to stop and is recognised. People see in him a martyr and a victorious man, they see at the same time a good fighter who is always in the trenches and always in danger, and they impetuously bear witness to him. It should be added that the poignant and youthful figure of the Polish primate seems tailor-made to express all this and to add understanding to understanding and sympathy to sympathy”. This is what the great journalist and Vatican expert Silvio Negro, wrote in 1958, about Cardinal Stefan Wyszyński in his memorable work Vaticano Minore. His words best reflect the feelings that the people of that time felt towards the Primate of Poland, who went down in history as the Primate of the Millennium for having been able to lead the Church in Poland during the turbulent period of the Communist regime.

This great pastor died 40 years ago, on 28 May 1981, just 15 days after the assassination attempt on John Paul II, with whom he had a deep friendship. Cardinal Wyszyński’s funeral was a national event, which the Pope could not attend because he was still recovering in the Gemelli Hospital. Instead, he sent a delegation from the Holy See led by the Secretary of State, Cardinal Agostino Casaroli, and sent a special letter to the Poles in which he wrote: “I wish to address this brief message to all of you. I am writing it out of a deep need of heart and faith. I cannot give this testimony as I would like. I trust that God will restore my strength and give me the right opportunity to do so in the way I wish. I would like you to know that in this hour of mourning, in this hour of sadness and grief, but also of even greater hope and faith, I would have liked to be with you and to pay my respects to the Primate in person. God has decided otherwise”.

In his letter the Pope recalls the figure of Cardinal Wyszyński, quoting his words in Warsaw Cathedral during his first pilgrimage to Poland: “The Cardinal Primate has become... a keystone. A keystone is what forms the arch, what reflects the strength of the building’s foundation. The Cardinal Primate manifests the strength of the foundation of the Church, which is Jesus Christ. Therein lies his strength. The Cardinal Primate has been teaching us for more than 30 years that he owes this strength to Mary, Mother of Christ. We all know that it is thanks to Mary that the strength of that foundation, which is Christ, can effectively become the keystone of the Church. This is what the life and mystery of the Primate of Poland teaches us. He is the keystone of the Church of Warsaw and the keystone of the whole Church of Poland. In this consists the providential mission that he has been undertaking for over thirty years”.

There could be no greater tribute to the late Primate. It was John Paul II who wanted his cause for canonisation to be opened; it began on 29 May 1989. On 6 February 2010 the Diocesan Phase ended and the Vatican Phase began at the Congregation for the Causes of Saints. On December 18, 2017, Cardinal Wyszyński was proclaimed Venerable, when Pope Francis recognised his heroic virtues. On October 2, 2019, the Pope authorised the Congregation for the Causes of Saints to promulgate the decree concerning a miracle attributed to Venerable Stefan Wyszyński, thus opening the way for his beatification. The solemn Mass of Beatification, initially planned for 7 June 2020 in Warsaw, will take place on 12 September 2021.

The great figure of Cardinal Wyszyński is not as well known in Rome today as it was in the 1950s, and the 40th anniversary of the death of the Primate of Poland was remembered only with a simple ceremony held in the Basilica of Santa Maria in Trastevere, which was the Cardinal’s titular church. On 28 May, at 11.00 a.m., the Polish Ambassador to the Holy See, Janusz Kotański (in the photo below), went to Trastevere for a brief moment of prayer in front of Wyszyński’s memorial stone in the basilica and laid a bouquet of flowers next to the tombstone of this great son of Catholic Poland, “Polonia semper fidelis”. 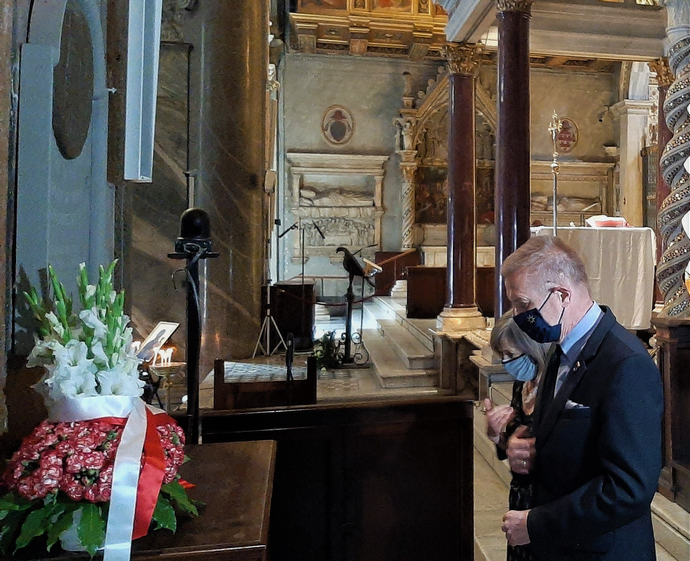