Poverty, migration, environmental degradation, and climate: for some time now the messages for the World Day of Peace have focused on contingent themes, with the serious risk of entangling the Church in partisan political visions at war with each other. 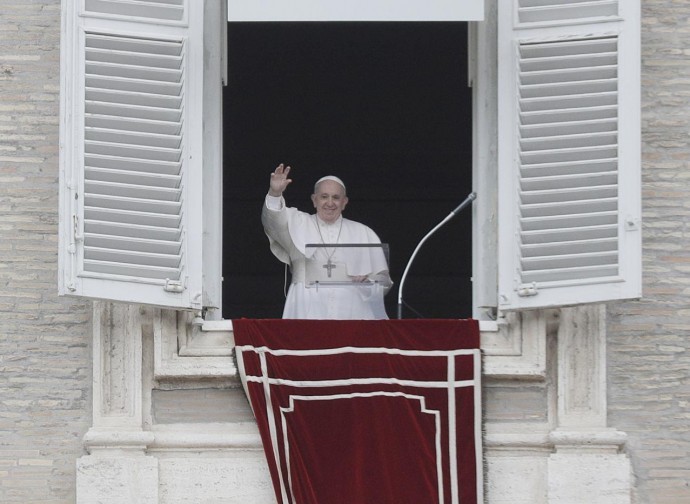 The Message for the World Day of Peace of 1 January 2022 [https://press.vatican.va/content/salastampa/it/bollettino/pubblico/2021/12/21/0867/01823.html#ing] is dedicated by Francis to three subjects that are very important in themselves: dialogue between generations, education/training, and work.  All three subjects are "actualised" by the Message in the context of the Covid-19 pandemic and the more general crisis generated by it. The usual phrases/images return in the text: the cry of the poor and the cry of the earth, climate change, and environmental degradation, everything interconnected, the social contract, caring for the common home, breaking down barriers and building bridges, a pact that promotes education for integral ecology, sustainability, the alliance between people and the environment.

As we know, the texts of the Day of Peace Messages are not written by the popes themselves. They used to be drafted within the Pontifical Council for Justice and Peace, and then reviewed by the Congregation for the Doctrine of the Faith and the Secretariat of State. Today it seems that this is no longer the case, but neither is it known precisely what their actual course is. This is to say that it is natural for the pope's usual phrases, his most recurring expressions, those usually present in the media reporting his thoughts to be well represented, as in a compilation review, in documents of this type, even if this means they do not drop their character of slogans and indeed strengthen it.

In the De Civitate Dei, St Augustine says that peace is "tranquillitas ordinis", the tranquillity of order. In another of his works he states that "without charity there can be no peace" and in De laude pacis he says that "to have peace means to love". Tranquillity of order means that peace is not disorder, i.e. injustice ("there is perfect justice where there is peace"), but the construction of community coexistence according to a natural rule, according to the order of creation, which also concerns social relations. When nature [understood here not as the natural environment but as the natural order of things] is not respected there is disorder, violence, and injustice and, therefore, peace is prevented: "without justice kingdoms are nothing but great thieves". The natural order, however, cannot be respected without a supernatural addition, that is, without charity, which is why St Augustine says that without (Christian) charity there can be no peace.

Historical contingencies may be an accidental push to work for peace, but they cannot be its foundation. Environmental degradation, or the arms race that diverts resources from the education sector, the multiple difficulties generated by the pandemic are occasions to commit oneself to peace and it is right to highlight them, but the ultimate foundations are of a natural order (acting in respect of the finalistic order of things) and the supernatural one (drawing on the charity of divine life). In other words, they concern reason and faith, nature and grace, politics and religion. In the Messages for the World Day of Peace, we have noticed for some time now a shift in focus from this dimension, which we can call "high" or substantial, to the other dimension, which we can call "low" or accidental. Certainly we cannot avert our gaze from the "moment" we are living in, but the moment is not obscured rather, if anything, illuminated by considering it in the light of the eternal.

Focusing almost exclusively on today's contingencies, apart perhaps from the well-established use of an initial biblical quotation, runs the great danger of getting caught up in the partisan political visions that are fighting each other and making particular stances their own. The Messages for the World Day of Peace intend to speak to everyone, and so they are spread on the overview of current needs rather than on the fundamentals I mentioned above. In so doing, however, what is said becomes relative and has the opposite effect: not everyone recognises themselves in it precisely because it is weighed down by partisan choices.

Connecting environmental degradation and global warming is an example of such partisan positions on contingent matters. To speak of 'interconnectedness' as a positive fact prevents us from clarifying the ambiguities of the phenomenon; to applaud the "many young people who are striving for a more just and caring world to safeguard creation, entrusted to our care. They are doing so with concern and enthusiasm, and above all with a sense of responsibility in the face of the urgent change of course imposed on us by the difficulties that have emerged from today's ethical and socio-environmental crisis" also involves making oneself available to youthful indifference and the political exploitation of youth movements.

St Augustine pointed out the specific Christian aspect in the consideration of the theme of peace, which must never be lacking. On the contrary, we end up saying things that are grammatically correct but syntactically unclear. Above all, we end up saying things that are more formal than content-related. For example,  dialogue: "To dialogue means to listen to each other, to confront each other, to agree, and to walk together". But we can’t help wondering: About what? On what? For what? Towards where?