Yesterday's opening match between Qatar and Ecuador should not overshadow the controversy triggered by FIFA president Gianni Infantino's statements on the eve of the World Cup. Beyond the sporting aspects, priority must be given to the moral ones. For Italy, it is a good thing not to participate in what will go down in history as the World Cup of corruption, terrorism and human rights violations. 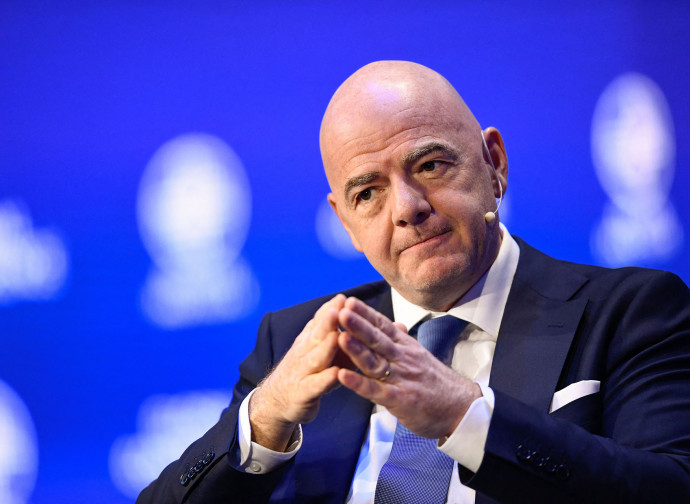 Yesterday's opening match between Qatar and Ecuador should not make us forget the controversy triggered by FIFA President Gianni Infantino's statements on the eve of the World Cup. The hypocrisy displayed by Infantino knows no bounds. "Today I feel Arab, gay, and a migrant worker," he said in an attempt to save his face (certainly not his soul) with a 'coming out' worthy of the most demagogic 'progressive' rhetoric, in front of the cameras lined up in the press room of Doha's Virtual Stadium 1. How many deaths, injuries and human rights violations that stadium witnessed, Infantino did not say, but he thought that pretending to be in solidarity with the 'migrant workers' would be enough to make people forget that the one primarily responsible for what happened to thousands of foreign workers, Asians in particular, employed as slaves in the construction of the infrastructure necessary to host the greatest football competition, is himself.

For years, complaints based on irrefutable evidence have rained down from every part on the organisation of the Cup, including the United Nations, and even Qatar, introducing a reform programme that naturally remained on paper, had to admit that there were indeed a few problems in the treatment of 'migrants'. But business is business.

The inhuman hours and loads, unsustainable to say the least, were in fact necessary to make up for delays and inefficiencies, in order to finish work on the sites in time for the start of the World Cup. The skimpy food was useful to save pennies in the face of multimillion expenses, also in the form of bribes and shady financing, paid by the emirs of the Al Thani clan to obtain (and maintain) the awarding of the Cup as host country. For details, ask the French judiciary and various journalistic investigations, which have unveiled the cheating and co-interest of the former Platini-Blatter duo, with the latter recently shifting all blame onto the former UEFA president, admitting the existence of irregularities: “FIFA was not corrupt. People in FIFA were”. Was Infantino also one of them? Can the logic of "he could not have been unaware" be applied to him, as he was Platini's close collaborator at UEFA at the time of the misdeeds?

Doubtlessly, Infantino has shown himself to be a resolute and adamant continuer of the previously established plans, whether he was aware of them or not. The World Cup comes first and above everything else. His eve-of-World Cup regrets, after the goal had finally been achieved at the expense of the 'migrants workers', whose working conditions he remembers “very well... and how they were treated”  - referring to his parents, who migrated from Italy to Switzerland - sound false and pathetic. Even worse, then. Because even though he is aware of the terrible hygiene conditions reserved for the 'migrants' locked up in the compounds, a far cry from those of the hotels provided at great expense by his 'emir' friends in Doha, he has always shown himself deaf to the requests to change the country in charge of hosting the Cup.

And what about the meagre salaries withheld for months and the passports confiscated to prevent them from escaping? Shame, just shame. A sentiment that Infantino does not even allow himself to be minimally touched by, given that he has even allowed himself to give lessons in 'welcome' to European countries, criticised for conduct deemed to be less than humanitarian in the never-ending crisis linked to illegal migratory flows.

Then, identifying himself with the LGBTQ+ 'community', especially following the unexpected and foolish declarations of the Qatar regime's delegate for the World Cup, Khalid Salman, Infantino then wanted to latch on to another trend so as to appear politically correct, while forgetting women's rights. A mere oversight? Who knows? In any case for Infantino it was perhaps better not to remember, in the light of what happened in February 2021, when the FIFA president himself, during the award ceremony of the World Cup for club football held in Doha, whispered in the ears of two unfortunate women referees not to stop and greet 'Sheikh' Joaan bin Hamad Al Thani, president of the Qatar Olympic Committee and cousin of Emir Tamim.

The episode brings us directly back to Qatar's support for the fundamentalism of the Muslim Brotherhood, champions of the compulsory trademark headscarf, as well as inspirers of the jihadist phenomenon (from Al Qaeda onwards) and main instigators of the so-called Arab Spring. Besides not wanting to empathise with women, it is therefore understandable that Infantino does not want to do so with the victims of terrorism and civil wars in Syria and Libya either.

Moreover, in his cheesy interview, it is no coincidence that he ignored the uprising that has been going on for weeks in Iran, a rogue state close to and in league with Qatar, triggered by the killing of 22-year-old Mahsa Amini, who did not wear the headscarf 'properly'. Since then, more young women have been killed by the regime of the ayatollahs and the Pasdaran, arrests of protesters and arbitrary detentions are counted in the thousands, and the death sentence machine works incessantly. For Infantino, therefore, it is better to look the other way, since excluding the Iranian national team from the World Cup, as repeatedly called for and as would have been fair, would have made the emirs of the Al Thani clan turn up their noses.

Beyond the sporting aspects, priority should be given to the moral ones. From this point of view, it is good for Italy not to participate in what will go down in history as the World Cup of corruption, terrorism, and human rights violations.