Without liberty life is no-longer protected

In the comments of politicians and commentators just as in the reaction of the people, there is the perception that the war against the coronavirus justifies the suspension of civil liberty. It is an old debate that has engaged many philosophers, but the reality is that when power takes away liberty it does not guarantee either safety or life. 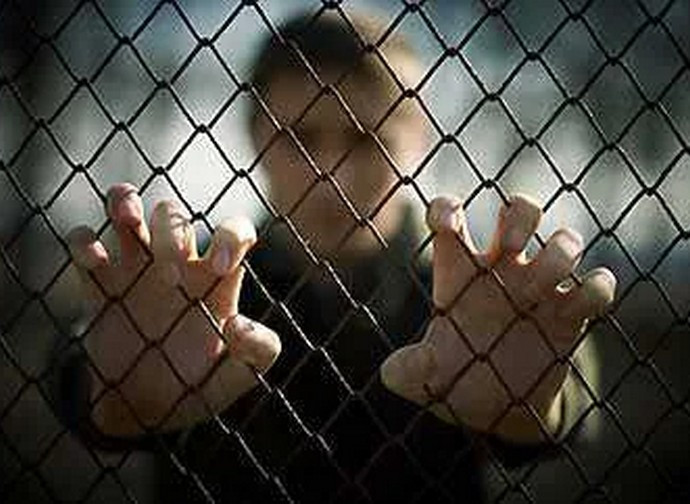 By now it is on everyone’s lips: “We are at war!” We are living the coronavirus crisis like it is the “state of exception” that all of the principal political theorists have discussed, primarily Carl Schmitt. According to Schmitt, political sovereignty consists in deciding on the state of exception, as in the case of a civil war where the difference between friend and enemy attains its own political level.

The state of exception occurs when, because of the need to confront an urgent situation, it is necessary to eliminate all of the usual norms, practices, and guarantees. When the norm and the law fail, then power truly manifests itself: it decides outside the law, but its decision has juridical value. And there’s more: for Schmitt, power does not only consist in making decisions when confronted with a state of exception, but also in deciding when there actually is a state of exception. Without such power, society is overwhelmed by civil war, which, according to Schmitt, is the worst evil of all.

I don’t know if Schmitt would agree in calling the current pandemic a state of exception comparable to a war. The people who say, “We are at war!” definitely think so, even though they are not Carl Schmitt. Laws and personal liberties have been suspended in many contexts, executive powers are overtaking legislative powers, decrees from the President are increasing, the Parliament is in quarantine, the Constitution is often not respected, abuses of the law are carried out without any protest, as in the case of the Mass in Cerveteri that was suspended by the police, we are being asked not to use cash for health reasons and in fact what is happening is that all use of money is being controlled. The perception of the people is that we are in a state of exception, an extreme situation in which there is a clash between security and freedom. The old dichotomy of Thomas Hobbes has returned to the present, with its underlying pessimistic vision of man: humanity feels fear when it faces itself, and only power as a decision can save it.

In his 1951 treatise The Forest Passage (Der Waldgang), Ernst Jünger sheds light on the danger of a widespread health system that is run by the political establishment, which he opposed to the value of freedom: “The health factories, with doctors who are hired and poorly paid, whose cures are subject to bureaucratic control, are suspect: from one day to another – and not only in the case of war – they are capable of taking on a disturbing face.” Hypothesizing on the extension of power beyond health, he said that “it is not impossible that these very filing cabinets that are perfectly organized will issue orders to inter us, castrate us, or liquidate us.”

The state of exception makes the decision of power the final authority, but since it is also up to power to decide when a state of exception does in fact exist, it can be identified tomorrow in another emergency, and the next day in yet another emergency. In the end, according to Jünger, “no one of us can know today if perhaps tomorrow morning we will not wake up to find ourselves part of a group that has been declared illegal.”

If Jünger fears “sovereignism” in the face of an exceptional situation, others emphasize how difficult it is for a parliamentary democracy to face emergencies. For Donoso Cortes the bourgeois is a “class that discusses” (clase discutidora), that believes that human society is one big club, that truth springs up all on its own as the result of voting, and that if asked to choose between Christ and Barabbas would respond by setting up an investigative commission. As opposed to the decision-making of Schmitt’s power, liberal democracy takes a “wait and see” approach and is unresolved, incapable of facing the exception.

These literary reflections – making the necessary updates to the present time – help us to understand the values that are at stake in the time of the coronavirus: are we ready to renounce civil liberty in order to have safety? Do we want to submit to a decision-making despotism in order to have our lives saved?

The suspension of freedom by the decision of a sovereign power faced with a state of exception is not acceptable: who can really say when we are truly in such a situation? If it is power that declares it, then liberty is not only reduced temporarily for the coronavirus emergency, but it is potentially permanently eliminated. In this way we would end up having a Chinese system of our own which, as we all know, does not guarantee security but only takes away freedom.

Should the pandemic continue to spread, a world political power would be required that would decide for everyone that it is a state of exception from which there would be no return and that would certainly not end after the end of the health danger, with all of its consequent costs. When power takes away liberty it does not even guarantee security and life, and despite the fact that this insight does not emerge in Hobbes’ works, we can glimpse it in the writings of the disconsolate Schmitt. When, out of fear, life is placed in the hands of power at the expense of freedom, life is not preserved, since it is placed at the disposition of power, and freedom is lost too.

Freedom is necessary in order to preserve life. Jünger wrote that the mechanical face of the health system can be used successfully “if the human essence of the doctor still shines through.” If on the one hand we ought to resist the decision-making of power as the response to the state of exception, on the other hand we also need to clean up our conception of freedom and democracy, which is still too closely linked to an inefficient and risk-producing “class that discusses.” But this does not imply the need to renounce our freedom.