Who is Galantinoto judge catholics?

The Secretary-General of the Italian Bishops’ Conference made outrageous comments in an interview to a national newspaper, about people saying the Rosary outside abortion clinics. He also calls for openness on matters such as gay relationships and married priests. This is why he is terribly wrong. 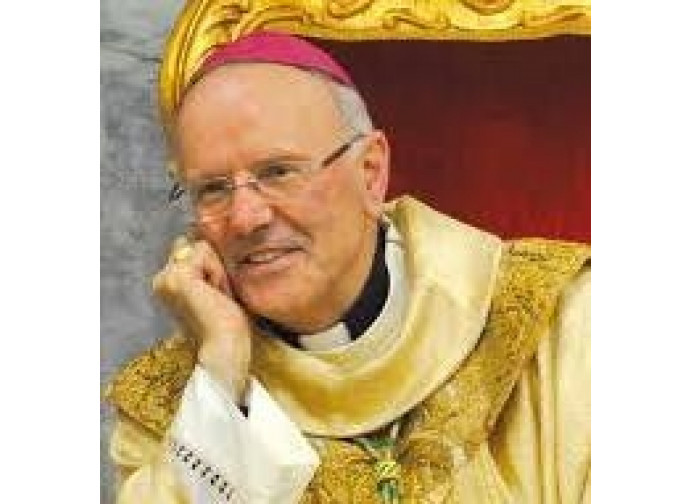 «I don’t identify with the expressionless faces of those people who stand outside abortion clinics saying the rosary». It seems unbelievable that the person to utter these words was Monsignor Nunzio Galantino, the Secretary-General of the Italian Bishops’ Conference (CEI), in an interview published by the Quotidiano Nazionale newspaper on Monday 12th May.

Having waited in vain for 24 hours in hope of a denial, or for a statement explaining that maybe he was misunderstood, we had to resign ourselves to the facts. This judgment, which denotes the sort of lack of humanity that you expect only from the worst secularist, is Monsignor Galantino's. Moreover the outrageousness of the opening sentence is likely to over shadow a series of questionable statements made by Bishop Galantino that also deserve to be highlighted.

To begin with, the harsh judgment about those who pray for life is part of a speech by the Secretary of the CEI about life in which he states, «In the past we have concentrated too much on abortion and euthanasia», forgetting that «in between there’s real life which is constantly evolving».So enough of rosaries outside clinics and more commitment «to peoples' quality of life, for their right to health, to work».

Apart from the fact that there is no «right to health» - rather there is a right to receive medical assistance, but that's another issue - what needs be clear is that the right to work and to treatment is subsequent and consequent to the right to life, because only those who are alive are in need of a job and of doctors. This is not to mention that public money spent funding abortion within the health system results in less resources to assist the truly sick. Only an abstract ideological vision is capable of diluting the right to life to the right to work or the right to assistance.

The truth is that nobody wants to talk anymore about that politically inconvenient subject, abortion. It is no coincidence that Monsignor Galantino appears to dread using the word in his interview, instead he says «termination of pregnancy» and «that practice» to indicate abortion. Furthermore, we would like to know who are and where are all the bishops and priests who in recent years have continually talked about abortion, euthanasia and moral doctrine. Even if we were a bit distracted, nobody comes to mind. If John Paul II and Benedict XVI spoke about it - and certainly not only about that - it's because they clashed with a church that had completely lost the sense of the "Gospel of Life", as confirmed by Galantino's interview.

The Secretary-General of the Italian Bishops’ Conference would benefit from reflecting for a moment on these words by Beatified Mother Teresa of Calcutta: «I feel that nowadays the greatest destroyer of peace is abortion, because it is a direct war, a direct killing, direct murder by the hand of a mother herself. [...] Because if a mother can kill her own child, there is nothing that prevents me from killing you, and you to kill me».

This isn't even the end of it. The journalist also asks what is his hope for the Italian Church and this is Galantino's reply: «My wish is that the Italian Church is able to discuss any subject, married priests, Eucharist for the divorced, and homosexuality without any taboo, in the light of the Gospel and giving reasons for its position».

Would not it be better instead to speak, without taboo, of Christ - as Pope Francis suggests, - considering that for the last forty years nothing else has been talked about other than married priests, homosexuality and communion for divorced and remarried?

Considering that Monsignor Galantino is one of those who is keen to go back to the origins of Christianity, to take the early Church as a model, it is coincidental that the liturgy readings during the last few days are taken from the Acts of the Apostles. In particular, we listened to the martyrdom of Stephen and the persecution that followed. So, brought before the Sanhedrin who did not harbour special feelings of sympathy towards him, lets look at how Stephen seeks a dialogue with his adversaries: «Stubborn and uncircumcised in heart and ears, you always resist the Holy Spirit. As your fathers were so are you. Which of the prophets did your fathers not persecute? They killed those who foretold the coming of the Just One, of whom you now have become betrayers and murderers, you who have received the law by the orders given by the angels and have not kept it».

St Luke tells us that «when they heard these things, they were furious in their hearts and gnashed their teeth at Stephen», then they grab him, drag him out of the city and stone him, while Stefano asks God for their forgiveness. If today we are celebrating Stephen as a martyr it is because at that time, neither he nor the apostles were ashamed of Christ, they kept to the essentials without worrying about how to gain approval from the world; in the face of the persecution unleashed as a result of Stephen's attitude, there was not one apostle who recriminated about the unnecessarily provocative attitude of the first martyr, or who said that he had instigated his own end.

Since then, the example of Saint Stephen has been followed by many others, thousands and thousands of Christians, we could say millions, to the present day. But today in Italy and in the West, we are no longer concerned about judging the world and its resistance to the Holy Spirit, and even those who do - maybe by praying in front of a hospital where "abominable crimes" are committed - are ridiculed by their bishops. Bishops who instead put "gentiles" on a pedestal to teach Christians a lesson, that they may learn from the world instead of judging it. Where as the only ones to be judged (negatively) are Catholics.