International Day Against Homophobia was celebrated on 17 May, thanks to an alien ideology that has garnered popularity through mass media indoctrination. Thus, many EU countries are beginning to accept auto-certifications as sufficient to officially acknowledge whether a person may identify with a gender different than the one assigned at birth. However, some protests to this trend are mounting in the form of reverse discrimination. 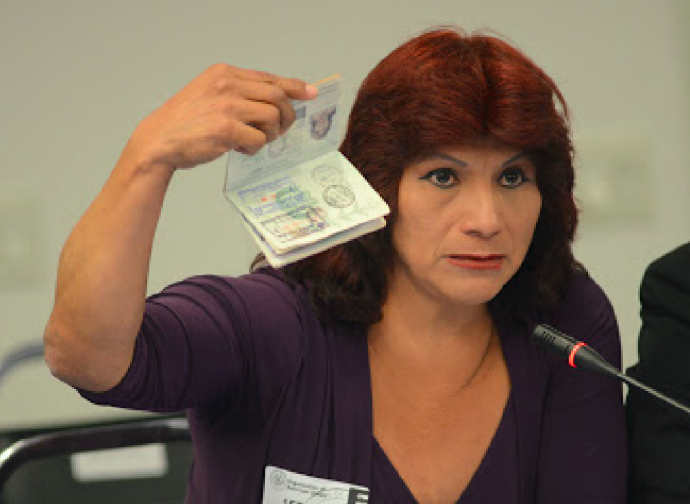 The LGBTI symbol, is rainbow less a few of the regular colors. It was invented by Gilbert Baker. The rainbow has not enjoyed a peaceful period in recent weeks. First, Turkey began its ban by making it illegal to promote and or to be drawn by schoolchildren, declaring it a symbol and instrument of the LGBTI ideology. Meanwhile powerful British LGBTI lobbyists were angered by the abuse of "their symbol", stating it was inappropriately used by the public and children to support the National Health System during the COVID-19 pandemic, therefore harming the "gay pride" brand. The comic challenges of the rainbow flag, as in the alarming and disproportionate amount of information related to "international days,” shouldn’t distract us from the subtle nudges towards new dangerous ideologies.

In Scotland and England, for some time now, it has been discussed how to reform and officially recognize genders in civil registers. There have been questions like: Is gender limited to only male and female? Or are other genders permissible  beyond two biological limitations? Is recognition done via a self-certification based on one’s subjective feelings for a gender different from the one assigned at birth and feelings for other sexualities? Are certifications needed to prove surgical procedures or chemical treatments for gender transitions? The prestigious Edinburgh Law Review, a journal of Scottish legal scholarship, has published some interesting research on how such problematics of gender recognition is spreading across Europe.

It is obvious that the recognition in national legislation of self-certifications of sexual identity is becoming wholly detached from one's biological gender. This has very significant consequences on every social and civil level of life. In addition, it implies that one’s personal perceptions of gender and sexuality exceeds objective biological realities. Since 2004, in the United Kingdom, gender recertification has existed with an official diagnosis made after two years of medical observation. No medical operations, however, are necessary. In recent years (2017-2019) various proposals, investigations, and research have been conducted to eliminate from law any obligatory medical diagnosis of "gender dysphoria" before changing gender assigned at birth.

A simplified self-declaration is considered the best practice by the international LGBTI rights lobby. They say: "The countries that are ‘open’ to the legal recognition of gender should not require anyone to have first undergone surgery, sterilization or any type of medical treatment... It should not be necessary first to obtain a professional or certified medical diagnosis in order to change one’s gender legally ... Requesting diagnoses of dysphoria, as confirmed by many trans people, is, in fact, a deterrent for persons searching to change the legal recognition of their [preferred] gender ... The stigma of a diagnoses, together with delays in obtaining them, also have a negative impact on people and their lives.”

In Norway and Malta it is simply the decision of Civil Registry Administrations. In Belgium only two self-declarations must be made in six months. In Denmark all that is needed is an auto-certifications which is signed then reconfirmed within six months. In France, it simply follows a court judgment. In Ireland, legal recognition can be submitted via request to the Ministry of Social Affairs and Labor. In Portugal one only needs the consent of his or her spouse if married. There are, therefore, several European nations that are moving in the direction of "gender auto-certification" and, consequently, are severing links to real human sexual biology.

LGBTI lobbies have advocated this campaign since its establishment of the Yogyakarta Principles in 2006. This is a manifesto which for the first time systematically elaborates gender and trans ideologies. It also serves as a game plan for international lobbying organizations to increase their effectiveness and respect. From this historic moment in time, through EU and NGO sympathizers, Parliamentary Assembly of the Council of Europe (PEACE-PACE) resolutions, and various annual reports of the European Human Rights Agency (FRA), a plot has been hatched to expand all over the continent and embrace the whole world.

In anticipation of 17 May, several European agencies and NGOs have delighted us with their Annual Reports. Three European organizations ILGA-Europe, Transgender Europe (TGEU) and the European Union Agency for Fundamental Rights (FRA), have each published research reports on the rights of Europeans with different sexual orientations, identities and gender expressions. TGEU has published its Trans Rights Europe & Central Asia Index, outlining the legal status of trans people in 52 countries. The index covers categories of legal recognition of gender, asylum, speeches and violence motivated by prejudice, non-discrimination, health and family. It comes with a map highlighting territories where forced sterilization or mandatory mental health diagnoses for trans people is required before changing gender is legally possible.

The European Agency For Fundamental Human Rights (FRA) has published the results of its 2019 survey only among LGBTI people in the EU and other non-EU European countries. Its research, conducted via interviews with 140,000 Europeans, also covers intersex people and minors aged 15-17. "Discrimination in daily life persists," says the FRA report. Simply knowing that Michael O'Flaherty (the creator and promoter of the Yogyakarta Principles) heads the European Human Rights Agency, should make you think twice!

In addition, ILGA-Europe publishes what is called the "Rainbow Europe Map". It describes progress on trans and intersex rights in a number of countries across Europe, although it admits 49% of these have not made positive progress in terms of expansion of LGBTI rights. There is still a major difference between the European countries: central and eastern nations that prefer sexual identity and biological gender as assigned at birth compared to western nations that side with fanciful self-declarations. The consequences of the latter is obviously that it is  reversible according to the changing opinion of anyone who signs it. This is a growing and very worrying trend in many countries.

Recently in the United Kingdom, thanks to a parliamentary debate, a trail of violence and sexual abuse emerged. It turns out several male prisoners, who declared themselves female, began sexually assaulting female inmates. They were caught and had to be detained by prison officers.

There are other disturbing cases in the United States. They involve male athletes who compete against females in organized school athletics. This is real denigration and discrimination against females by male athletes declaring themselves to be women. They are, at any rate, allowed to compete and are promoted in name of non-discrimination and political correctness. Women from all sides have reacted vehemently and have even petitioned the International Olympic Committee to prohibit such discrimination against them..

Do you think that this climate appeared from nowhere and was popularized by pure chance? Start paying close attention to what your children are watching in quarantine, especially what they watch on TV at a very young age. For example, notice if they are glued to Disney + whose paid content is making up for the lost revenue of the corporation’s closed amusement parks. As children log on to Disney +, they will increasingly be subject to LGBTI characters and ideals as part of the network’s children’s propaganda program. There is little to smile.