When we speak of the Western world we mean the Christian civilisation that gave rise to it, with all the values that go with it: natural order, value of the person, sacredness of life. Self-hatred is represented by Third-Worldism, ecologism, indigenism, gender ideology, abortion. These are all disvalues promoted today by those who have usurped the title of the West. Which also suggests something about the Russia-Ukraine conflict. 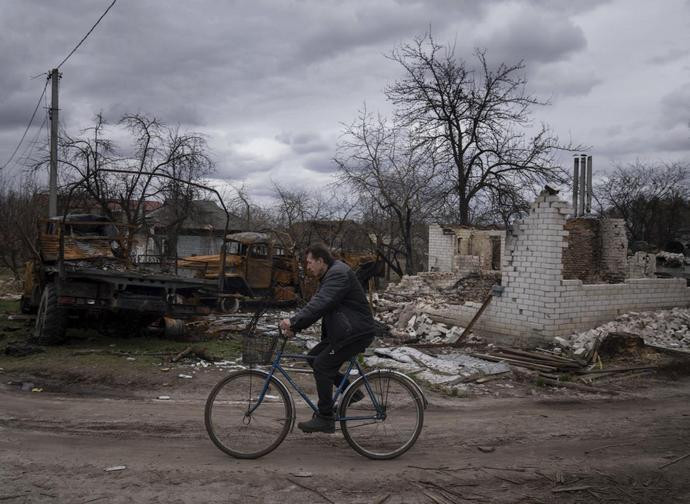 Increasingly, those who ask questions, express perplexity, suggest distinctions regarding the narrative that sees Russian President Vladimir Putin as a symbol of evil (responsible for genocide and every possible iniquity) and the need to wage war against him, are labelled enemies of the West, typical representatives of a self-hating West. The Catholics among them quote Benedict XVI: "There is a self-hatred of the West here (...) that can only be considered a pathological trait". Implicit in this discourse is that the West is equated with the political, strategic, and military choices of the leadership of Western countries and its military alliance, NATO.

It is therefore urgent to return to the question of what the West is in order to understand whether this type of criticism is correct. This is a subject that also helps to assess this Russia-Ukraine war. The West is a civilisation in which Christianity has synthesised and purified Greek philosophy and Roman law. This has concrete consequences: first of all, the recognition that there is a Creator God, for whom the whole world is Creation, with human beings at the top, who are responsible to God for everything around them.

It means that there is a natural order that corresponds to God's plan for mankind and for the whole of reality, which we are called upon to support also with our social rules. It means that each person has a value in themselves, that life is sacred and inalienable, and that there are natural rights that come before States and social communities, and which States and social communities must guarantee. It also means a conception of linear history that tends towards the last day, the Last Judgement, since mankind is always called upon to build the earthly Jerusalem in the image of the heavenly Jerusalem; hence also the positive value of work (in other societies it is reserved for slaves, prisoners, and the lower classes) and therefore also the concept of development. It is all this that has made western civilisation great over the centuries and has guaranteed its cultural, economic, and political supremacy in the world, not the ability to use force and violence as many would like.

So where does the self-hatred of the West, which Benedict XVI also talks about, originate? Simply from the rejection of Christianity, from the disavowal of the roots of our civilisation. This is a centuries-long process, but it has certainly reached its peak in recent decades. It is a reading of history in which all evils are the offspring of Western culture and Christian civilisation in particular. Today there are many cultural and political currents that interpret this sentiment: Third-Worldism, for example, according to which poor countries are poor because rich countries exist, so that even international development policies are seen in terms of compensation for past wrongs and not in terms of the evolution of poor countries. The question never arises of whether poverty is the result of internal factors, such as religious beliefs, culture, and corruption, as should be obvious: no it is all the fault of the rich countries, i.e. the West.

The phenomenon of ecologism can also be interpreted in this light, especially in its version of climate change: it is the industrialised countries that pollute and change the climate, and the poor pay the consequences. This means that ecological policies must always result in huge transfers of money from rich to poor countries. Here, too, it does not matter if the reality looks quite different from a scientific and statistical point of view: the West is still to blame. And again: indigenism, the mythological exaltation of the indigenous peoples who, of course, were happy before the western colonisers arrived; forgetting that primitive cultures are anything but an example of respect for the person and the environment.

The phenomenon of “cancel culture”, followed by the demolition of statues, burning of books, suspension of teachers, and so on, is only the final outcome of the entrenchment of this anti-western ideology. With regard to ecologism, it is interesting to underline how the Judaeo-Christian culture is directly called into question as responsible for the alleged ecological crisis, because the emphasis on the centrality of mankind is purported to have led human beings to destroy nature.
The denial of Western Christian civilisation has consequences in other fields as well: for example, gender ideology is the denial of the natural order that God established in Creation and which is described in Genesis. And so are the denial of life - abortion, euthanasia - and the systematic destruction of the family as the fundamental cell of society.

If this is therefore the true self-hatred of the West, a problem immediately arises: today it is precisely the leadership of the entire West that represents and promotes self-hatred. It is no coincidence that European leaders have explicitly banned the recognition of Europe's Christian roots; US President Joe Biden has made the LGBTQ agenda a foreign policy priority, after his democratic predecessors had similarly imposed birth control internationally; UN agencies, under pressure from Western governments, promote abortion, contraception, family destruction, ecologism, Third-Worldism, indigenism. And the list goes on.

So how can anyone who loves the West as heir to Christian civilisation, Greek thought, and Roman law feel in tune with those who have usurped the title of the West today? And why, a fortiori, should they not feel free to criticise the choices of their own government or NATO in terms of international policy and geopolitical objectives? This is not done on principle or for ideological 'retaliation', but simply by using reason, which is also a forgotten legacy of true Western civilisation (re-read Pope Benedict XVI's speech in Regensburg for a refresher).

This obviously does not mean that we should sympathise or cheer for those who want to destroy the West from outside (see China) or even as an internal enemy (see for example Islamic fundamentalism, which has taken root thanks to certain immigration policies, which are also the result of the West's self-hatred). It would be childish and self-defeating.
Russia, however, requires a separate discussion, because according to its original conception this Christian country is also the West. Separated both by an internal schism within the Christian world and by the dominance in the 20th century of a totally anti-Christian ideology, but still part of the West. This is how John Paul II also saw it; in fact he spoke of a Europe from the Atlantic to the Urals. Russia is not other than the West, but a piece of the West that has come into conflict with the rest, just as happened in the 20th century with other European countries that fought each other in two world wars.

This does not, of course, detract from the heavy responsibility for this conflict, but it is one more reason to change our attitude: rather than pushing for a Third World War, which would be suicidal for Europe, we should throw oil on troubled waters and look for viable ways to put an end to this havoc, before the barrier that is again being created between European Christian peoples becomes an impassable wall.