Weak and endemic Covid: The pandemic is running out

The government is using the latest data to relaunch the campaign of terror and float the possibility of new lockdowns. But the data actually say just the opposite. For weeks now Covid has ceased to be an epidemic and has instead become endemic: it has entered into its homoplasia phase, that is, it has lost its power and essentially exhausted itself, even if not completely. Creating a media panic over young people testing positive makes no sense: the greatest concern should be keeping the elderly and those in poor health safe. Instead, cancer patients and those at risk of heart attack are being neglected, as shown by the data from the Italian Cardiology Society on the decline in hospitalizations 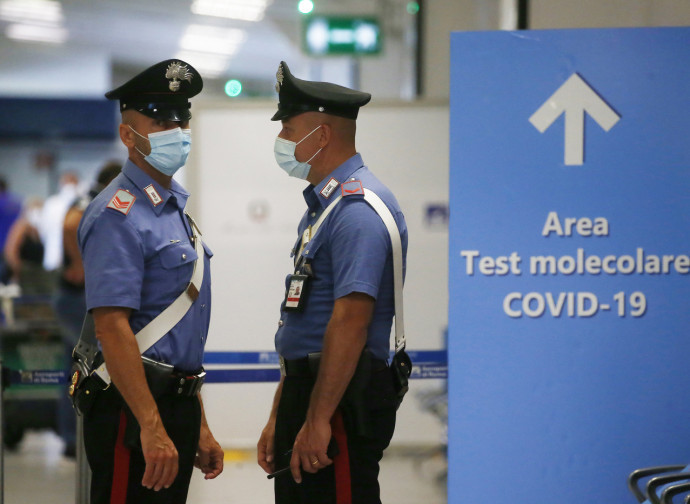 What does the latest data tells us that the government is using to relaunch the terror campaign and float the possibility of new lockdowns? What does the increase of positive cases (not those who are sick) and the daily number of dead now being reduced to only 2-3 per day mean? It means that the coronavirus has passed the epidemic stage and is now endemic, and has been so for several weeks.

The virus, through the process known as homoplasia (loss of replicative force, low number of copies/virions, RNA fragments without viral integrity), is no longer causing illness. The outbreaks of the infection are no longer outbreaks of illness but of asymptomatic cases. The virus has lost its power and has essentially exhausted itself, even if it is not completely extinct. It has simply become endemic, like many other viruses normally present in the population, and that can sporadically cause serious clinical outbreaks in very elderly people, those with chronic and defected illnesses.

Today there are very few sick people, even among those who potentially could have very grave effects, but there are simply more healthy carriers of the virus – it is estimated about 7 million now in Italy. To estimate the number of those who are asymptomatic in Italy there are two recent studies conducted in Lombardy and Veneto, from which two different estimates emerge that unfortunately are quite different from one another: 20% in the first case and 60% in the second. Therefore no one still knows precisely how many people there are who, although they are infected with coronavirus, have not been diagnosed by a swab or seriological test because they do not have any symptoms, and thus they remain an unknown and submerged reality. Furthermore, all these immunized people reinforce the “herd immunity,” the so-called immunity of the flock. More immunized people means less possibility of a future circulation of the virus.

Creating a media panic over young people testing positive makes no sense: the greatest concern should be keeping the elderly and those in poor health safe. But at this moment the propaganda is focused on young people and children, with the purpose of not opening schools and universities in September, which will cause a great amount of human and social damage. One datum is absolutely certain: the virus is among the population but it is no longer having serious effects. Moreover, the hospitals are equipped to care for the sick and to prevent the virus from becoming lethal.

So, why prolong the state of emergency that is causing enormous difficulties for the assistance of those who are truly sick and affected by important pathologies? Cancer patients and those at risk of heart attack are being neglected, whose lives are truly at risk. Pediatricians are not being listened to when they ask to reopen the schools in order to limit the psychological damage caused by this prolonged isolation.

These are the true emergencies that ought to seriously worry us, not the cases of coronavirus that are ever less dangerous.