Here we go. The thesis of a Bavarian psychotherapist: those who are not  "adequately interested in the imminent destruction of the world as we know it" require medical treatment. They have"psychological problems" that require psychotherapy. It’s thought-crime and social engineering in the name of climate control. 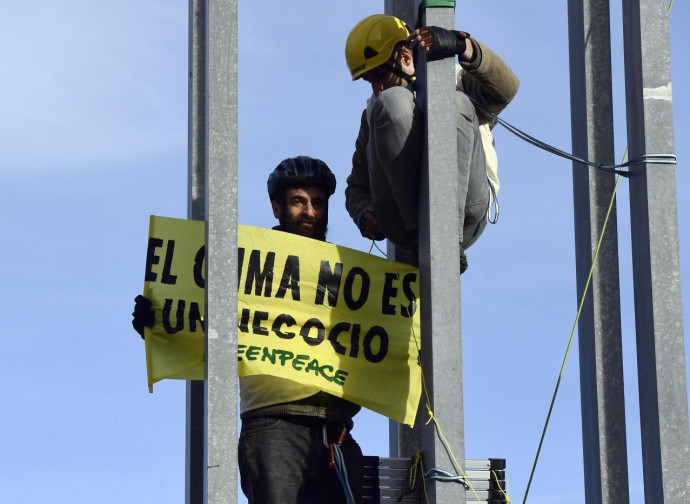 This is all we needed. An article written by a young psychotherapist, Fabian Chmielewski, entitled "The denial of the apocalypse. Facing the climate crisis from the point of view of existential psychotherapy,” appeared in the journal of the Bavarian Federal Chamber of Psychotherapists (the equivalent of the Order of Psychologists). The thesis of the article is simple: those who are not "appropriately interested in the imminent destruction of the world as we know it", who do not feel "the appropriate emotional response" to this "apocalypse" (ie panic, as suggested by the "climate activist Greta Thunberg"), must be treated. They suffer from"psychological problems" that require psychotherapy.

The article was translated into English on the website of the association Psychologists for Future (could we do without them?), Created to "identify, communicate and overcome" the psychological defence mechanisms underlying climate denial. The politically incorrect is therefore definitively classified as a psychic pathology. Orwell called it "thought crime."

It recalls the memory of an article that appeared this summer in the Italian edition of the Huffington Post entitled “Non-invasive brain stimulation against social prejudices and stereotypes.” In this article, edited by the Italian researcher Maddalena Marini, we read: “[...] Our mind contains stereotypes and prejudices that are linked to the different social characteristics of individuals, such as ethnicity, skin-colour, weight, gender, age, sexual, political or religious orientation, disability and physical or mental illness. […] The idea that I am working on with my research at the Italian Institute of Technology is that these stereotypes are so instilled in our mind that the only way to change them is to modify the biological mechanisms of the brain responsible for generation and control of such stereotypes. In particular, my studies are aimed at using a procedure, called non-invasive brain stimulation: a technique belonging to the scientific field of neuroscience. Non-invasive brain stimulation techniques are considered safe procedures that allow, by inducing small electric or magnetic currents, to modulate the mechanisms by which the brain regulates our behaviour.”

Some may wonder at this unscrupulous use of psychology and neuroscience to combat attitudes and opinions (theoretically free, in a democratic country). Many people, in fact, are convinced that science and psychology in particular are ideologically “neutral.” Well, it's not the case.

The psychology of the twentieth century is nothing but a tool in the hands of revolutionary forces, as well as modern and contemporary art. Its purpose is not to heal people's suffering, but to manipulate and control them. One of the most important psychologists of the last century is Edward Bernays, Freud's nephew. In his most famous book, entitled Propaganda, he writes: "The conscious and intelligent manipulation of opinions and habits of the masses plays an important role in a democratic society, those who master this social device constitute an invisible power that truly directs the state. We are largely governed by people of whom we know nothing at all, but who are capable of shaping our mentality, orienting our preferences, suggesting what to think ".