After an article was published in the scientific journal Lancet declaring hydroxychloroquine’s ineffectiveness, the World Health Organization halted its testing. This decision goes against ongoing evidence to the contrary, as well as it having been a recognized treatment for SARS. Perhaps this is because hydroxychloroquine it is too cheap, thus being a hindrance to other lucrative pharmaceutical sales hoped for during the pandemic. This also explains the many obstacles to recommend plasma therapies. An English scientist explains his rationale in a simple yet chilling way: "We hope that the virus will remain with us for a while longer” so as to have more time to experiment with a vaccine. 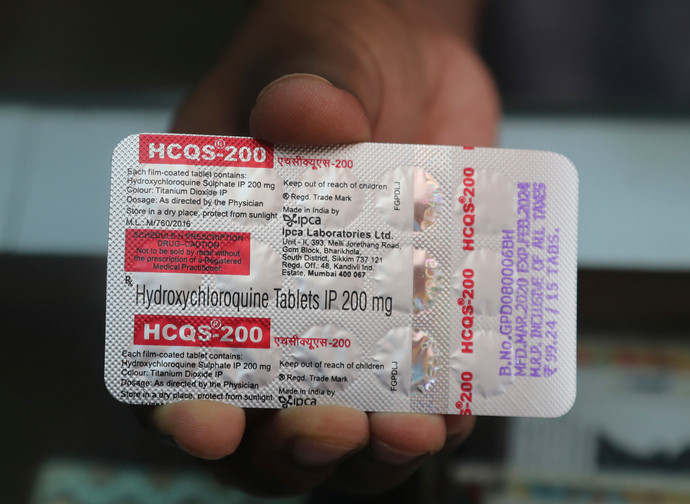 The World Health Organization (WHO) has announced its decision to stop testing the use of hydroxychloroquine for treatment of COVID-19, expressing its concern about the drug’s overall safety. During a virtual press conference WHO Director-General, Tedros Adhanom Ghebreyesus, specified that, as precautionary measure, the organization would be "temporarily" suspending hydroxychloroquine in clinical trials underway with partners in several countries.

The WHO decision came immediately after an article was published last Friday in the British scientific journal Lancet. The article was about a study that reported to have used chloroquine and its derivatives, such as hydroxychloroquine, for treatment of COVID-19. The report concluded it was ineffective if not harmful to patients. Concerns have also been expressed recently by Nicola Magrini, general director of the Italian drug agency (AIFA), who stated that "we know little about its efficacy and we are quite sure of its potential harm and lack of safety in some limited subgroups of patients."

There have been statements released, however, in contradiction with other decisions made by AIFA, which recently authorized a vast study on healthcare workers exposed to high risks of infection. The aim of the study was to verify whether using chloroquine and its derivatives decreased the probability of becoming ill with COVID-19. This is research similar to what was carried out in Oxford last March in which 40,000 doctors and nurses had taken chloroquine safely for preventive purposes. So it didn’t harm medical personnel, but it could harm the rest of the population? Something doesn’t quite add up here.

Following the Lancet article, France’s Minister of Health has announced that he will place heavy restrictions on the use of chloroquine, provoking riveting protest from the country’s most eminent infectious disease specialist, Dr. Didier Raoult, who is a pioneer in the use of hydroxychloroquine for COVID-19 treatment. Raoult stated he wanted to continue anyway with this method in the Marseille infectious disease clinic he directs.

If I am allowed to mention my personal experience, immediately after Raoult’s studies were released I began administering chloroquine. For over two months, COVID patients in my care have been treated with chloroquine very successfully and without any particular side effects.

The war on chloroquine is one of several strange and mysterious episodes of this epidemic. It is very odd, indeed, that the safety and efficacy of a drug that we have known and used for 80 years is now put into question. It is also odd considering chloroquine was used successfully in 2002-2003 to combat the first SARS coronavirus epidemic. Even the Lancet journal back in 2003 dedicated an interesting study to chloroquine which I recently reread. The study was published on October 23, 2003: "Effects of chloroquine on viral infections: an old drug against today's diseases." Researchers summarized the drug’s usefulness as follows: "Chloroquine is a 9-aminoquinoline known since 1934. Apart from its known antimalarial effects, the drug has interesting biochemical properties that can be applied against some viral infections. Chloroquine exerts direct antiviral effects, inhibiting the pH dependent phases of the replication of numerous viruses including members of flavivirus, retrovirus and coronavirus familes. Its best studied effects are those against HIV replication, which have been tested in clinical trials. Furthermore, chloroquine has immunomodulatory effects, suppressing the production and release of the tumor necrosis factor-α and interleukin-6, which mediate inflammatory complications of various viral diseases. We reviewed the information available on the effects of chloroquine on viral infections, raising question of whether this old drug can be effective in the clinical management of viral diseases such as AIDS and severe acute respiratory syndrome [SARS], which has afflicted humanity in the era of globalization.”

The scientific researchers’ review was quite positive. Why then today, after 17 years, the same drug is being denied its efficacy and safety? Based on what new studies or evidence? None at all. What is so troubling about chloroquine? Perhaps it is because Donald Trump has become its advocate? Or maybe chloroquine costs a mere 6 euros a box and each tablet only 20 cents? Such a cheap drug could, no doubt, stand in the way of other, more lucrative pharmaceutical deals for treatment of COVID-19.

There is confirmation of huge interests behind anti-COVID strategies. They are coming from England, as for example from scientist Dr. Adrian Hill, the Jenner Institute’s director and current leader in vaccine research. Hill suspiciously said he was very concerned about the current rapid decrease in COVID cases. This, of course, would frustrate his attempts to create a vaccine. "If the epidemic goes away,” he said, “we will not be able to test it." It was surreal statement, which in effect expressed Hill’s hope that the number of infections would remain high. Perhaps this also explains why there have been boycotts on various therapeutics such as chloroquine and plasma.

COVID-19 must remain an incurable disease. It must remain a problem solved only by a vaccine. So which is more important: the coronavirus disappearing altogether or producing a vaccine for it? Hill evidently has no doubts. "Instead of the two months foreseen for [concluding ]trials, it could take six," he added. "We are in the paradoxical situation of hoping that the virus will remain with us for a while longer." His chilling statements are cause for reflection.